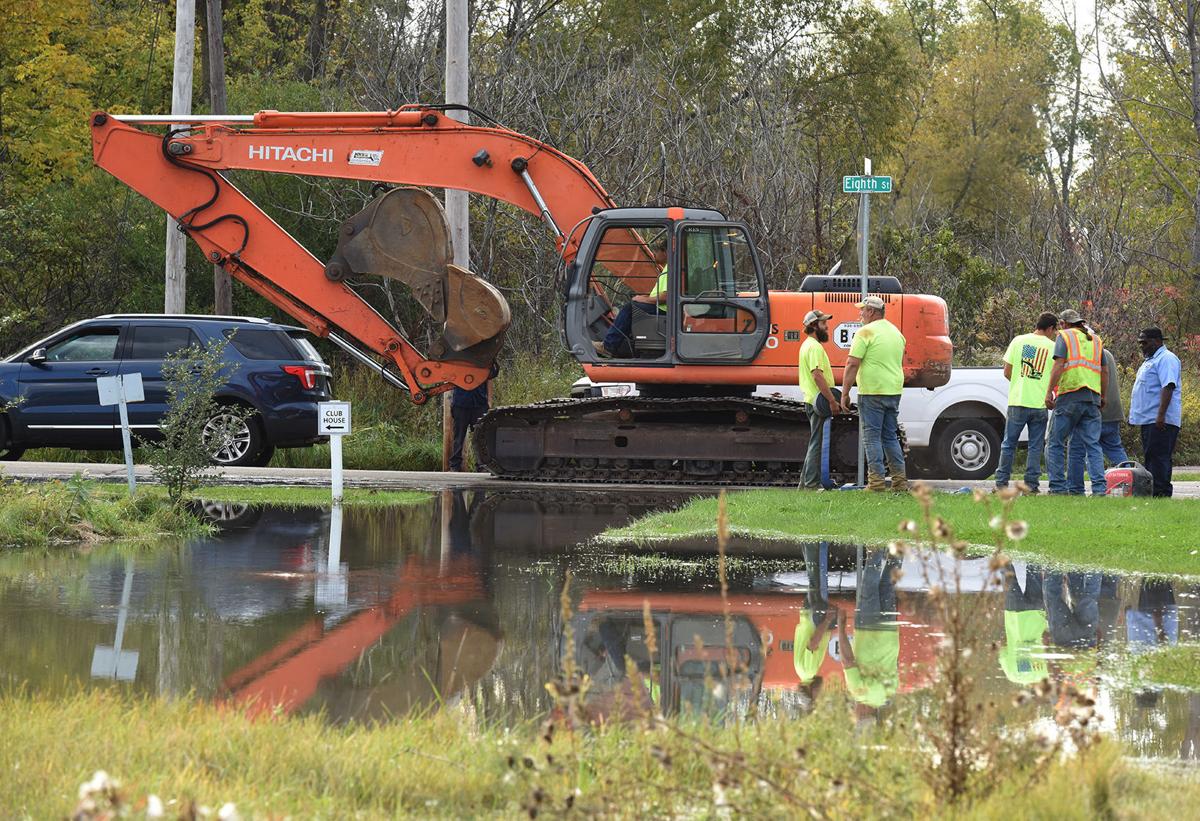 Heavy equipment is moved in to deal with a water main break near Klock Road and Eighth Street in Benton Harbor on Wednesday. 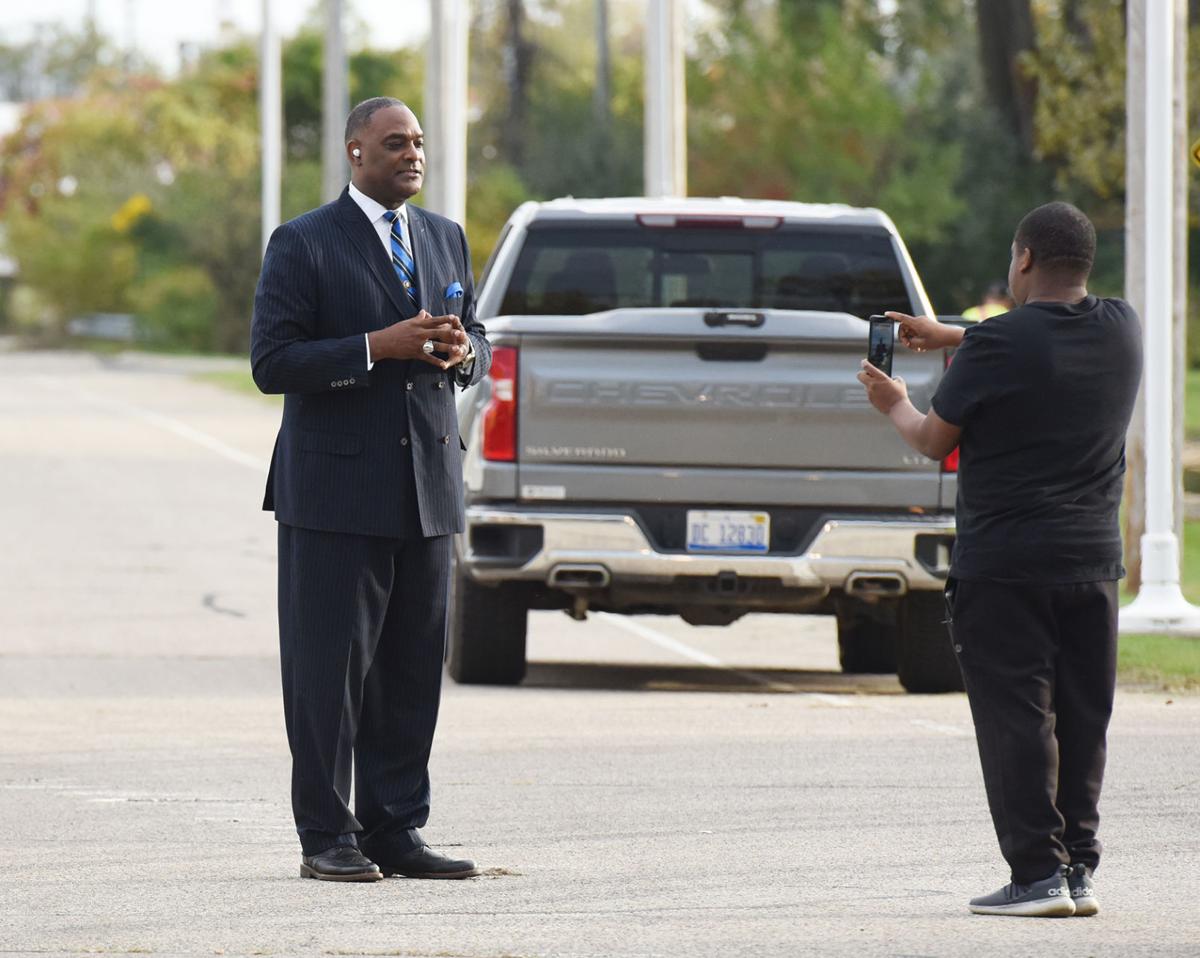 Benton Harbor Mayor Marcus Muhammad speaks at the scene of a water main break near Klock Road and Eighth Street in Benton Harbor on Wednesday. 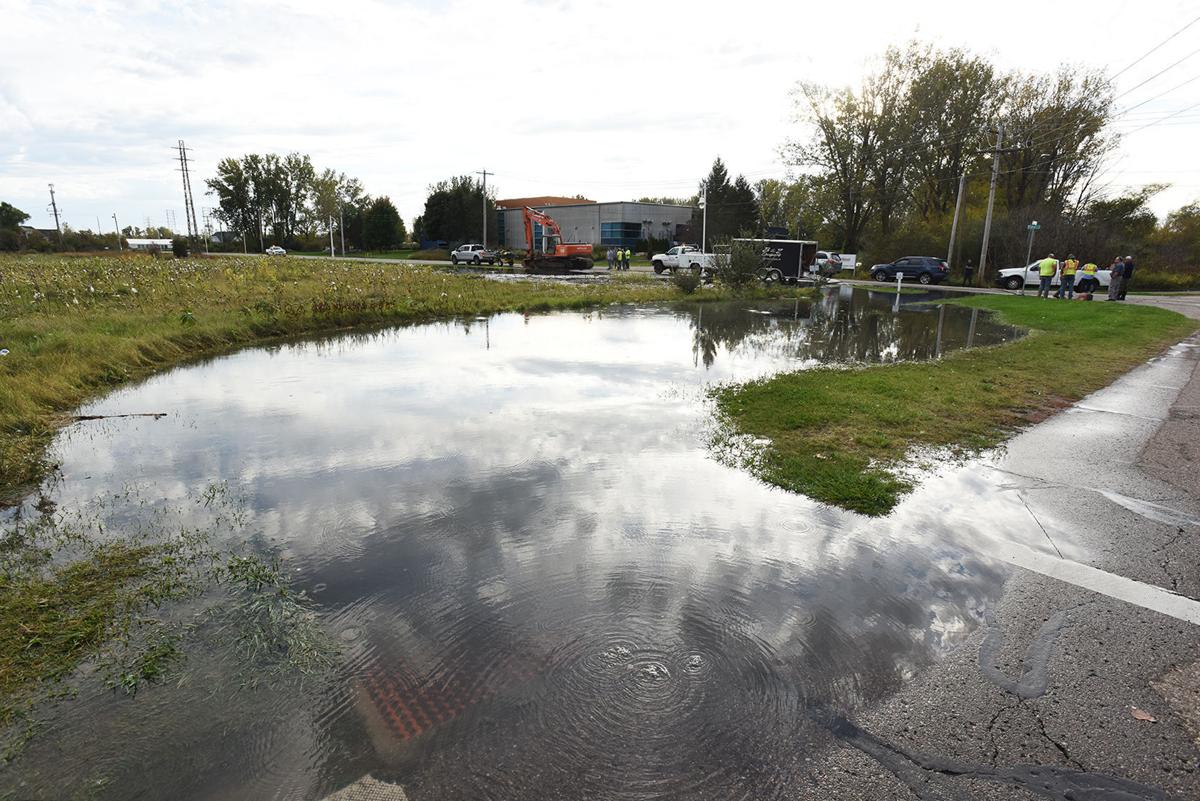 Water covers a golf path as crews respond to a water main break near Klock Road and Eighth Street in Benton Harbor on Wednesday. 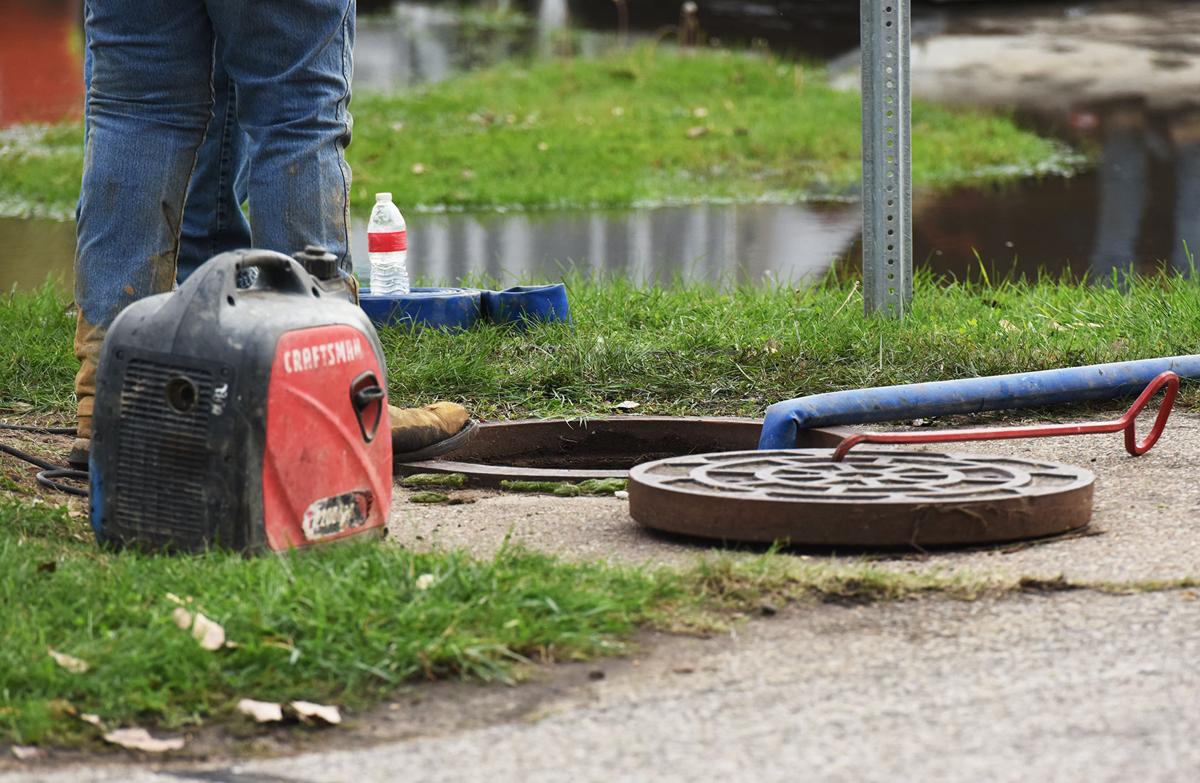 Crews respond to a water main break near Klock Road and Eighth Street in Benton Harbor on Wednesday.

City officials reported a water system loss of pressure due to the large water pipe break. As a result, the city issued a warning for residents – who still have access – to not drink the water until further notice.

Mayor Marcus Muhammad said the 20-inch main line is responsible for moving water from the filtration plant to the city.

At the corner of Klock Road and 8th Street. According to people on the scene, the city is without water, due to the water main. @HeraldPalladium pic.twitter.com/jCznq5D5Tw

The water break was reported between 3-4 p.m. on Klock Road. According to a news release, work is ongoing to isolate the water main and resume pump operations at the water plant.

During a loss of pressure, bacteria may have entered the water system and the safety cannot be assured.

The news release stated the bacteria is “generally not harmful and common throughout our environment.”

However, a failure of pressure can allow disease-causing bacteria to get into tap water. The news release stated corrective measures are underway to fix and restore water service.

Residents are being asked to use bottled water for drinking, making ice, brushing teeth, washing dishes and food preparation until further notice.

Muhammad said he’s working with Benton Township and St. Joseph officials to have them possibly provide the city with water. The problem with other municipalities diverting water, is that the main line that broke is where other cities would connect to.

He said they suspect the water main burst due to the city being more than 100 years old.

“This is what I’ve been saying for years,” he said. “We need to repair the roads, the alleys, the sidewalks, the infrastructure, and it takes money to do it.”

Muhammad said he’s uncertain when the water would be back on for residents.

“We’re going to do all that we can,” he said. “I’m not going to sleep. I’m going to work around the clock to make sure we get this water main fixed.”

The water shutoff comes as Benton Harbor is in the national spotlight for a lead water crisis.

Muhammad acknowledged the timing, saying the water break has nothing to do with the city’s ongoing crisis of having higher-than-acceptable amounts of lead in some of the city’s drinking water.

Muhammad and other city officials are expected to travel to Lansing on Thursday to speak with the state House Oversight Committee on the safety of the city’s drinking water.

The water shut off at about 3:15 p.m. at Houndstooth, a Benton Harbor eatery in the arts district.

Developer Ken Ankli said the restaurant had to call back 50 people and cancel their reservations.

“A night’s worth of business is gone,” Ankli said.

The lack of water also meant much of the food will be wasted, he said.

Both of their clubs in the city didn’t have running water Wednesday.

Not only were students unable to wash their hands and use the restrooms, the club couldn’t provide dinner without running water. Kastl said buses had already arrived when they realized their was no water.

Kastl said the group’s focus was meeting the need this additional crisis posed for the families of Benton Harbor.

“We’re going to try to fill the gap if we can,” Kastl said.