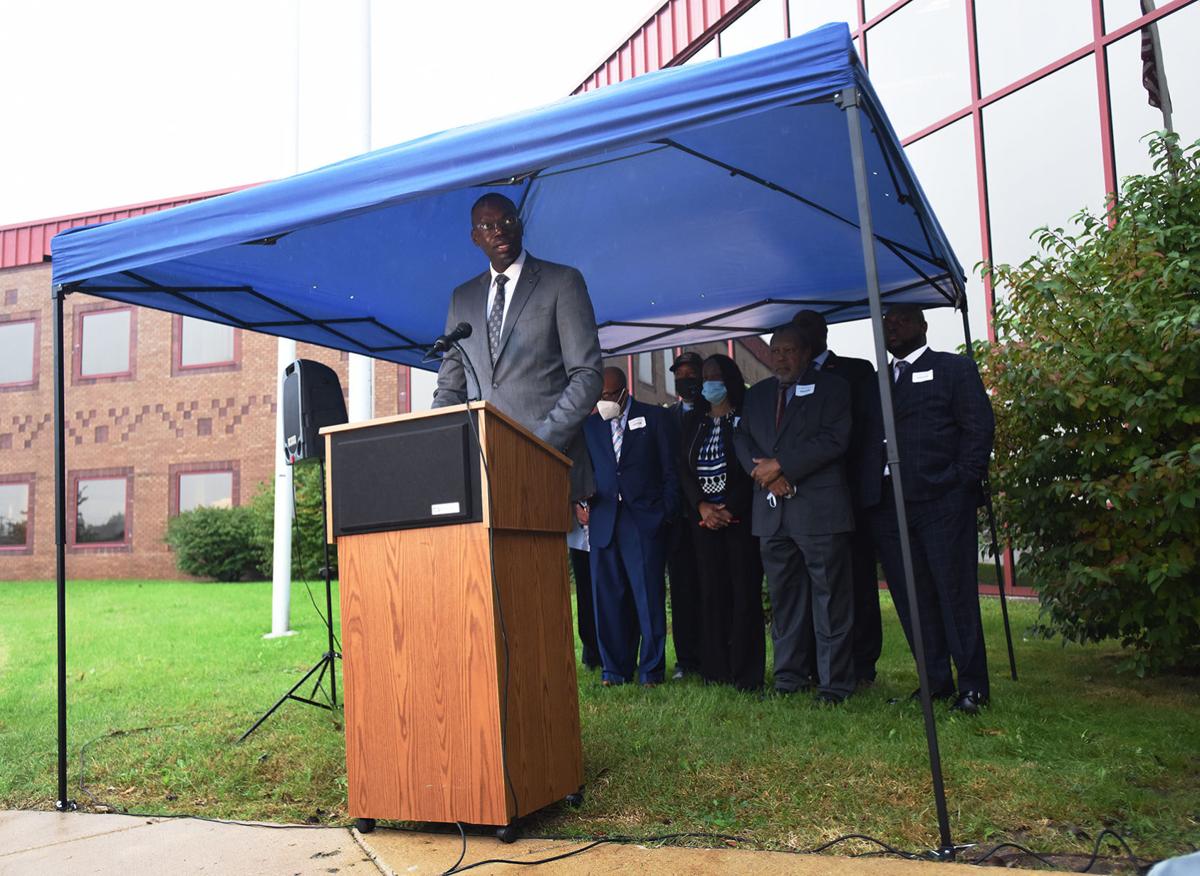 Lt. Gov. Garlin Gilchrist II gathers with city and state officials to discuss the response plan to deal with lead pipes and water quality for residents in Benton Harbor during a news conference Thursday at the Michigan Department of Health and Human Services Berrien County Office in Benton Harbor. 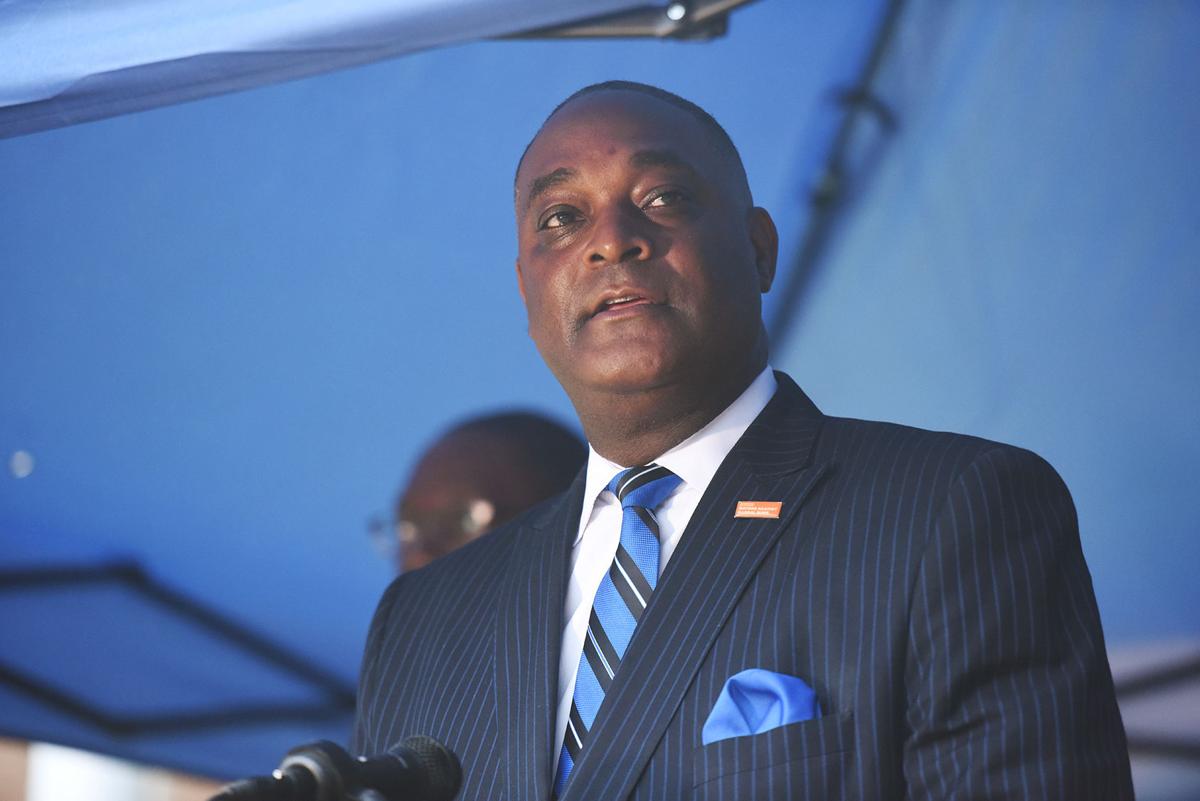 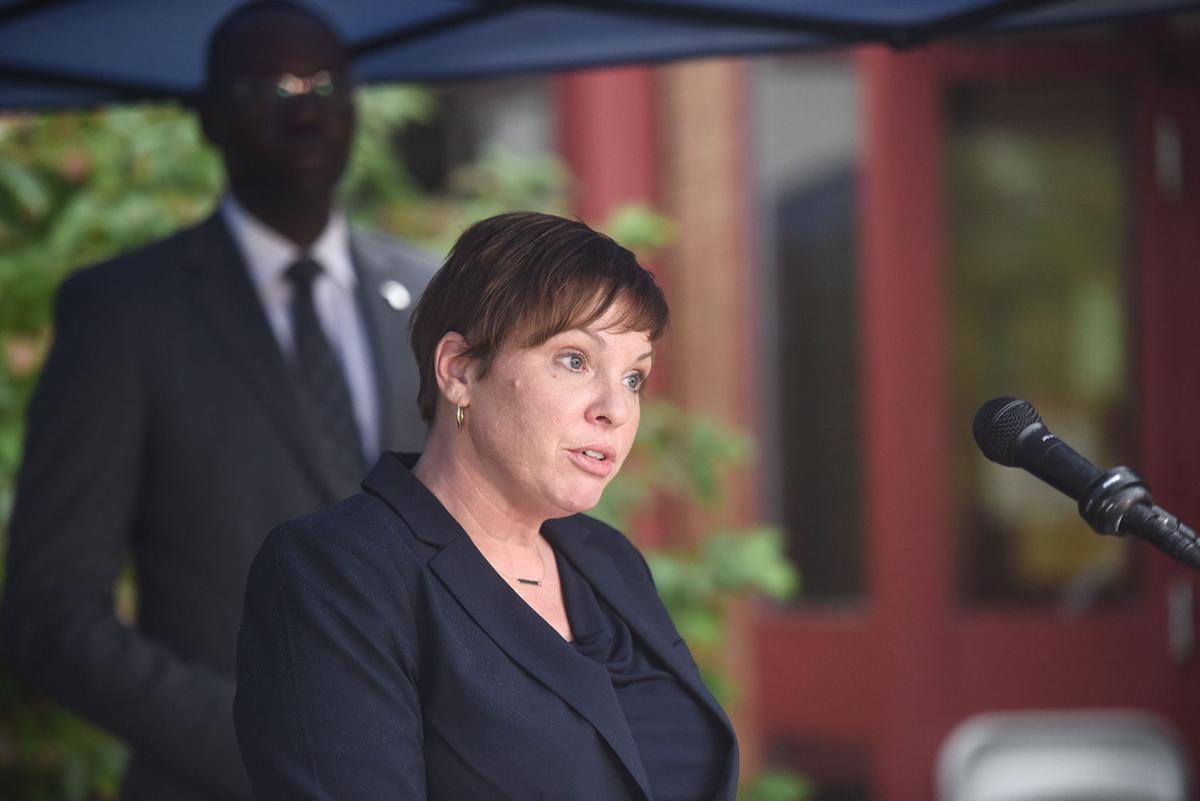 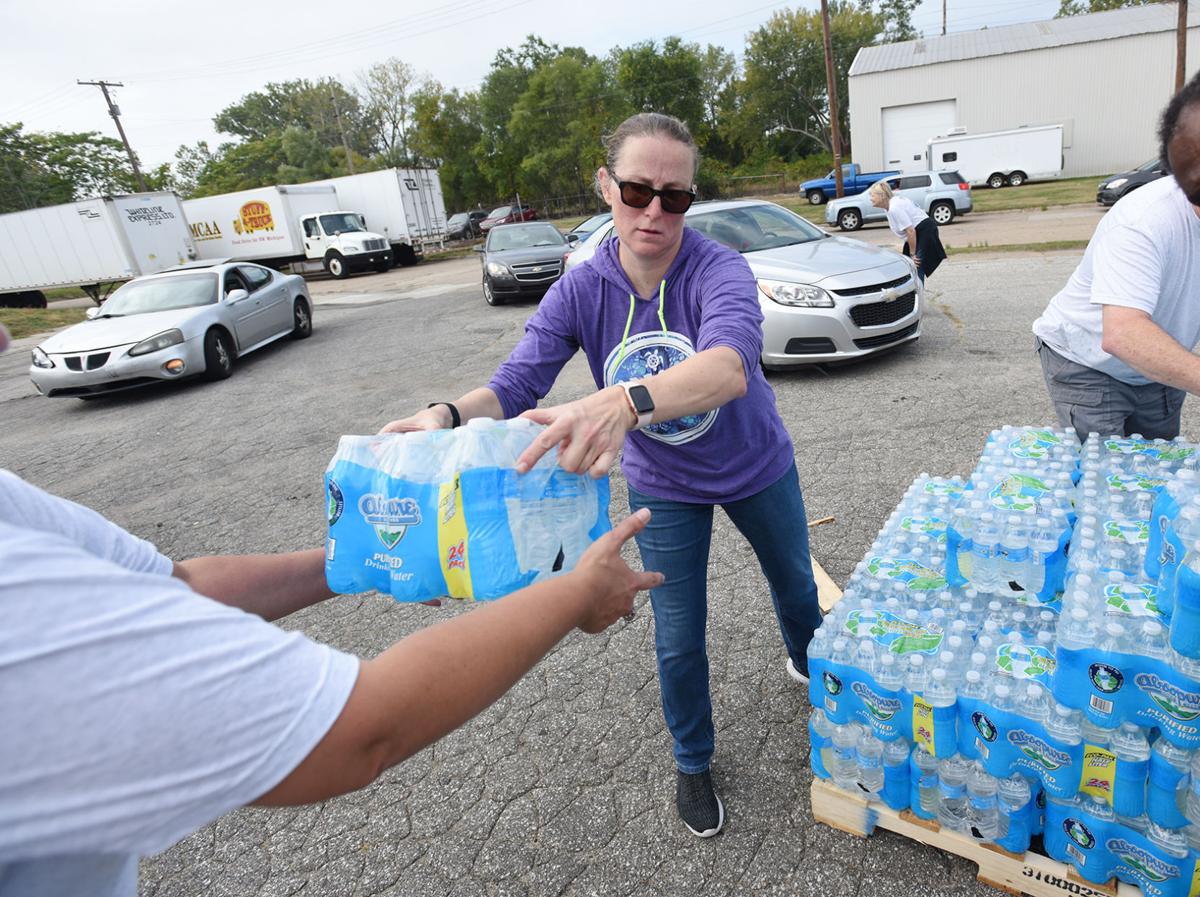 Michigan Lt. Gov. Garlin Gilchrist II talks about the response plan to deal with lead pipes and water quality for Benton Harbor residents during a news conference Thursday at the Michigan Department of Health and Human Services Berrien County Office in Benton Harbor.

During a news conference in Benton Harbor, Gilchrist said Gov. Gretchen Whitmer signed an executive directive Thursday formalizing the urgency of the state’s response to the higher-than-acceptable levels of lead in some of the city’s drinking water, which was first discovered three years ago.

“This directive ensures that state government is taking a truly all-hands-on-deck approach, that we’re all rowing in the same direction and that we are laser focused on the same goals,” Gilchrist said at the Michigan Department of Health and Human Services Berrien County Office in Benton Harbor. “Now, under this executive directive, state departments and agencies must work quickly to take all appropriate action to ensure that the residents of Benton Harbor continue to have immediate access to free bottled water.”

He said providing residents with free bottled water is a short-term solution.

In the long-term, Gilchrist said the state will help replace all of the lead water service lines in the city in the next 18 months.

City officials previously said that with the municipality’s limited finances, it could take 20 years to replace all of the lead service lines.

Gilchrist said that while the goal of replacing the service lines in 18 months may sound aggressive, it is achievable.

“Gov. Whitmer and I have already worked across the aisle to secure funding for this important work to begin through the state budget that was signed in September,” he said.

On Sept. 22, Whitmer signed the state’s 2022 budget which included $10 million to replace the lead service lines in Benton Harbor.

Help on the way

While the service lines are being replaced, Gilchrist said the state will ship 20 semi-trucks carrying 35,000 cases of bottled water weekly to the city starting Monday.

“Also starting on Monday, the state will begin providing direct shipments of bottled water to the Benton Harbor Area Schools,” he said. “Starting this Friday, we will begin direct deliveries to apartments and housing complexes in Benton Harbor.”

Gilchrist said that will help get water to seniors who may not be able to go to the water distribution sites.

“I am committed to ensuring that our most vulnerable are not forgotten in this process and this effort. That they are served as we push forward together,” he said. “We will continue to announce additional water distribution locations in the days ahead.”

Elizabeth Hertel, director of the Michigan Department of Health and Human Services, said at the news conference that her department has asked the federal government for a waiver so money from the Special Supplemental Nutrition Program for Women, Infants and Children (WIC) can be used for ready-made baby formula.

Meanwhile, she said her department has started distributing ready-made baby formula at the water bottle distribution sites so families don’t have to mix powdered formula with water.

“No matter where a person lives, no matter their identity or income, everyone ... deserves access to water that they can trust,” she said.

For almost three years, the state’s response to the higher-than-acceptable levels of lead in the city’s drinking water has been to pass out free water filters and cartridges through the Berrien County Health Department.

After the news conference, Hertel told The Herald-Palladium the state recently started to take a second look at the lead in Benton Harbor’s water.

“Given some of the recent test results and the composition of the water, there has been a question about whether they are as effective as we previously thought,” she said. “And for that reason, until we feel like we can say that with certainty, we would rather have people use bottled water so we know we are completely mitigating any risk of exposure.”

She said the state is testing to see if the filters are removing all of the lead, but added that she didn’t know when the results would be available.

Until then, Hertel said Benton Harbor residents should use bottled water for drinking, brushing teeth, cooking and mixing with baby formula.

Hertel said her department is also ramping up efforts to remove all lead from homes. Once water service lines are replaced, she said the tap water could still be contaminated with lead if the plumbing inside the home or water faucets contain lead. She said residents can also be exposed to lead from paint and dust inside their home.

Benton Harbor to replace nearly 100 lead lines by May 2022

“We have our own lead abatement program that we’ve had in place for a number of years,” she said. “We will have to continue to have to go into homes not just in Benton Harbor but across the state to make those assessments and do the abatement inside the homes.”

Hertel said the state hasn’t started the door-to-door campaign it announced earlier in the month.

“That was around the same time that we made the determination that we were not going to continue with the broad filter initiative,” she said. “That we wanted to go with bottled water. And so our priority was ensuring we were getting the bottled water here on the ground.”

City officials have long said the water coming from the city’s water plant has no lead in it, and the city’s water pipes are lead-free. It’s the water service lines and plumbing inside the homes that may have lead in them. The city’s efforts to add corrosion control chemicals to the water have failed to stop the lead from leeching into the water in some homes.

During the news conference, Benton Harbor Mayor Marcus Muhammad said work to replace the lead service lines will start in November using a $5.5 million grant the city received from the U.S. Environmental Protection Agency in October 2020.

The houses slated to have their lead service lines at least partially replaced can be found on the city’s website at www.bhcity.us/water.