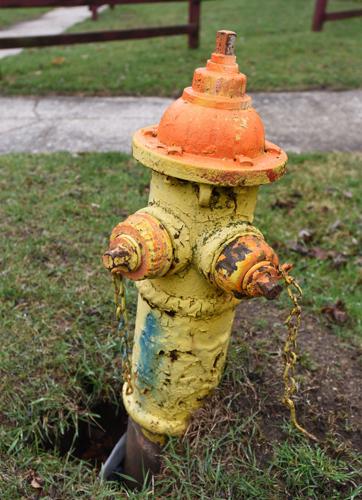 A fire hydrant is pictured at the corner of East May and McAlister streets in Benton Harbor. City workers are continuing to assess the hydrants, many of which are more than 75 years old. 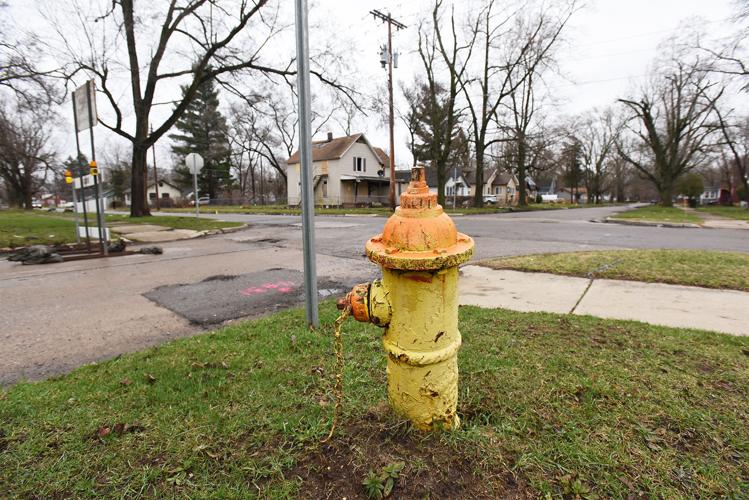 A fire hydrant is pictured at the corner of East May and McAlister streets in Benton Harbor. Federal, state and local officials have known for decades that many of the city's fire hydrants don't work properly.

A fire hydrant is pictured at the corner of East May and McAlister streets in Benton Harbor. A study conducted by Wachs Water Services in 2020 determined 235 of the city’s 524 hydrants were deficient “with defects ranging from minor issues to major defects that render the hydrant incapable of producing any flow.”

In 2020, nearly half of the city’s fire hydrants weren’t working properly and a portion of Benton Harbor neighborhoods’ water mains were too small to provide adequate water pressure to the hydrants, according to a capacity study done recently by Fleis & Vandenbrink. F&V, which is the company that manages Benton Harbor’s water filtration plant and distribution system, provided its 726-page study to various city officials earlier this year.

The F&V analysis cites the Wachs Water Services study from 2020 that determined 235 of the city’s 524 hydrants were deficient, “with defects ranging from minor issues to major defects that render the hydrant incapable of producing any flow.”

Jason Marquardt of Abonmarche, the city’s engineering firm, said some of the hydrants have been fixed or replaced since the 2020 report came out. However, he was uncertain how many.

He said Wachs is continuing to assess the hydrants, many of which are more than 75 years old. Marquardt said some hydrants weren’t working because a valve that was supposed to be open had been closed, so no water was flowing to them.

In addition, the Wachs report revealed between 50-60 percent of the valves in the city’s water distribution system needed repair or replacement in 2020.

Even if all of the hydrants were in good working condition, the report also stated the system would still have problems due to the high number of water lines in residential areas being too small.

It states that flows to residential areas should be at least 1,000 gallons per minute (GPM), which requires the water mains to be at least 8 inches in diameter.

The F&V analysis includes the “City of Benton Harbor Drinking Water State Revolving Fund Project Plan” done by Abonmarche on May 18. According to this plan, 57.5 percent of the city’s water mains were 6 inches in diameter or smaller in 2021.

“Given the fire risk posed to older structures in the city, ensuring adequate hydrant access is available when needed is an important health and safety issue that will need to be improved by future public infrastructure expenditures,” the report states. 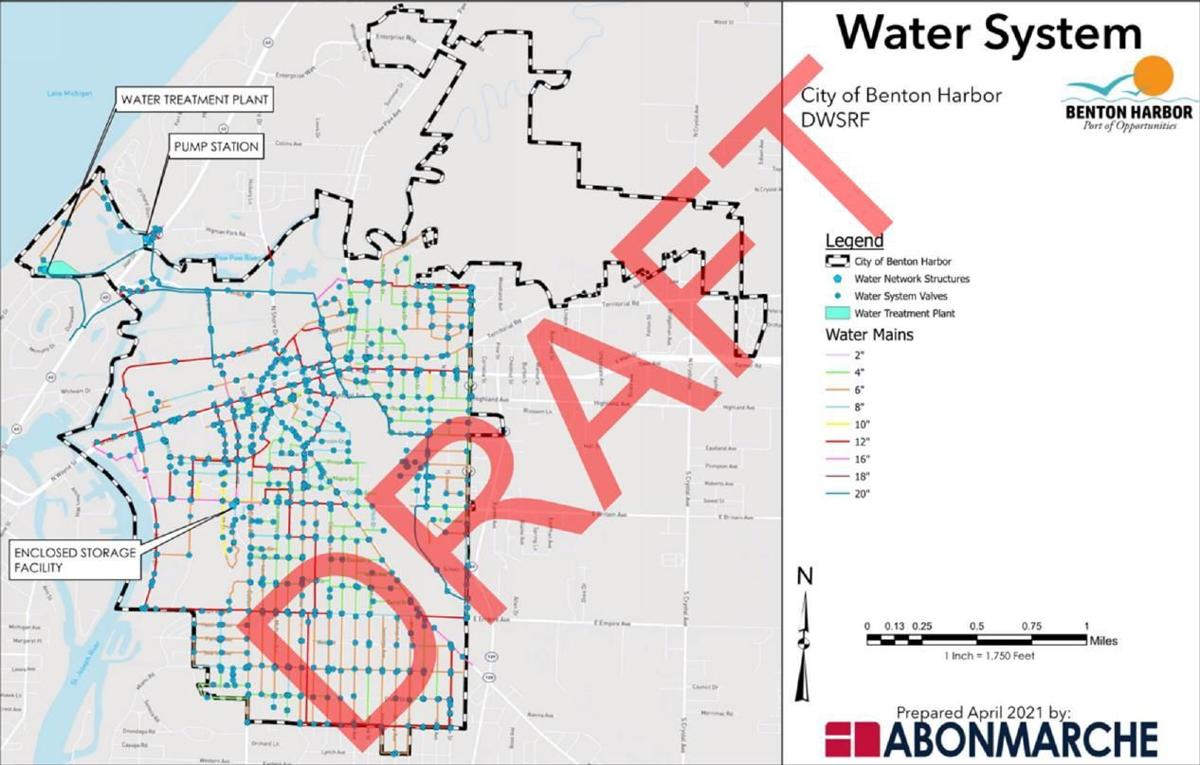 Marquardt said some work has been done to upsize the water mains in certain residential neighborhoods since 2020, with more planned.

Abonmarche stated in its report that in previous studies, it was determined the 4-inch water mains date back to the early 1900s and the 6-inch mains were installed in the 1930s.

In addition, the F&V analysis stated the fire hydrants are spaced too far apart and some areas aren’t properly looped, “resulting in stagnant water and reduced pressures.”

The 726-page Technical Managerial Financial Capacity Study was given to city commissioners in February, but wasn’t discussed during meetings or made public. F&V officials said parts of the study had to be kept confidential due to the federal Homeland Security Act.

Benton Harbor Mayor Marcus Muhammad said the city was waiting for the final report to be completed before releasing it to the public.

The Michigan Department of Environment, Great Lakes and Energy posted the study on its website on March 23 in response to a Freedom of Information Act request. Each page in the F&V analysis states, “Draft” and “Confidential, Not For Distribution.”

The capacity study includes several reports that have been done on the city’s water distribution system over the past few years.

One report found there was insufficient valve and hydrant activities, due to there being a limited staff. The problem was determined on Sept. 14, 2018, and was found to still be a problem on Nov. 2, 2021.

“Lack of working hydrants with sufficient flow is a violation of Rule 1105 and could result in a public safety concern should an emergency occur (i.e., fire),” it states. “A plan for complete hydrant maintenance must be implemented to restore technical capacity.”

Federal, state and local officials have known for decades that many of the city’s fire hydrants don’t work properly.

In December 2000, Benton Harbor officials announced the city was receiving a $1.5 million federal grant to update its aged water system, according to Herald-Palladium archives. Dwight Mitchell, the director of public works at the time, estimated that $600,000 would be used to replace 420 fire hydrants, which were said to be past their useful life at the time.

The city manager at the time was Alex Little, who is now director of the city’s community and economic development department, along with being the city’s assistant city manager.

Little said he was the city manager for only six months.

He said the grant should have been used to replace the hydrants.

Since then, the city has received several state and federal grants, which were reportedly designated to replace fire hydrants.

In 2015, then-city manager Darwin Watson announced the city was going to use $434,960 it received from the state’s Financially Distressed Cities, Villages and Townships Grant Program to replace fire hydrants and water mains.

“The fire hydrants as well as water mains needed to be addressed decades ago,” he said at the time. “We’ll finally be able to take care of these.”

Last August, Tim Drews, vice president of Abonmarche, said the city is replacing 10-15 hydrants with a $300,000 grant it received through the state’s Financially Distressed Cities, Villages and Townships (FDCVT) Grant Program. At the time, he said at least 100 of the city’s hydrants need to be repaired or replaced.