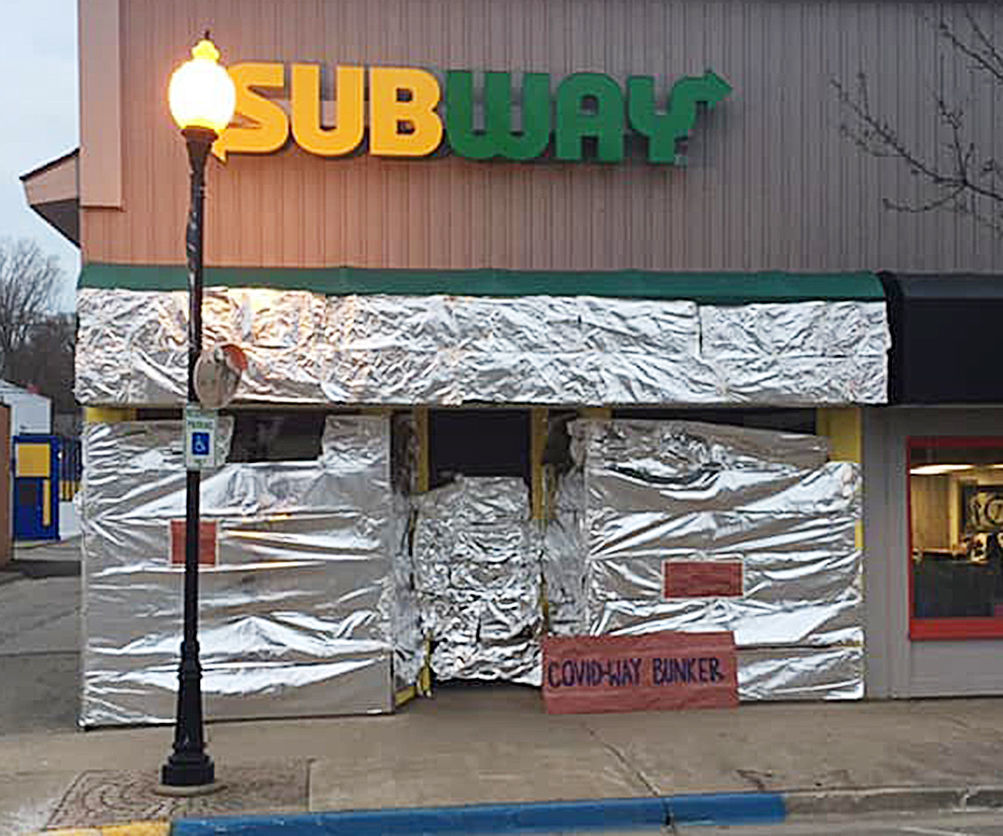 The Subway restaurant in Coloma was wrapped in foil Wednesday as part of an April Fool’s Day joke. 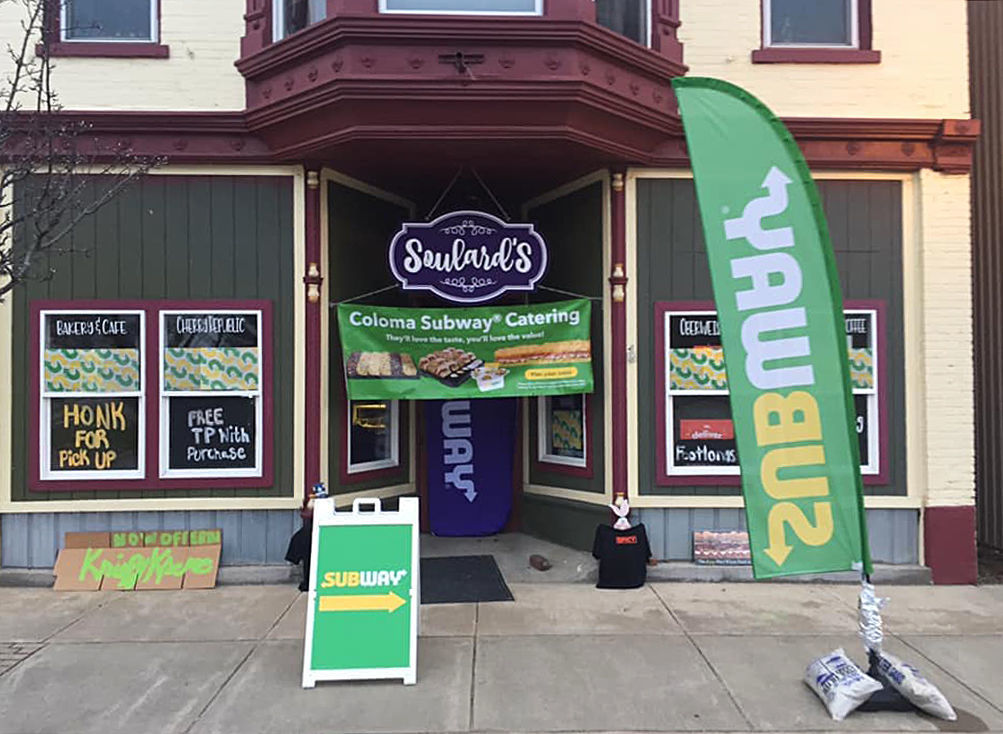 Soulard’s, a bakery and cafe, was covered in signs Wednesday, from the nearby Subway restaurant.

The Subway restaurant in Coloma was wrapped in foil Wednesday as part of an April Fool’s Day joke.

Soulard’s, a bakery and cafe, was covered in signs Wednesday, from the nearby Subway restaurant.

Editor’s note: During the coronavirus pandemic crisis, TheHP.com has dropped the paywall for virus-related stories. If you appreciate local journalism, please help us continue to keep Southwest Michigan informed by considering a subscription to HP All-Access (print and digital) or Online Access. Learn more here.

COLOMA — Coloma residents woke up Wednesday to find that the downtown’s Subway restaurant was covered in aluminum foil and Soulard’s bakery and cafe just four doors down had Subway signs all around it.

Was there a vandal on the loose?

No. The owners of the two businesses decided to prank each other for April Fool’s Day.

Taylor Prestidge, owner of Soulard’s, said business has been slow since Gov. Gretchen Whitmer ordered over two weeks ago that restaurants can only offer take-out and delivery in an attempt to slow the spread of COVID-19. Prestidge said business slowed down even further a week later when Whitmer ordered all Michigan residents to stay home, except for essential travel.

Prestidge said she challenged Jordan Hurst, the owner of Subway, to a prank war to boost their spirits, along with to give residents something to smile about.

Hurst said he thought is was a great idea, especially since they are both fairly new business owners. Soulard’s is just under 2 years old and Hurst bought Subway last September.

The Subway restaurant was covered in aluminum foil to turn it into “COVID-Way Bunker.”

“We turned his building into a bunker, like when the aliens are attacking, you have to wrap yourself in foil,” she said. “... There’s a sign that says, ‘No Zombies Allowed.’ There’s another sign that says, ‘Free Massage from the Tiger King’ (referring to the show on Netflix) with party sub purchase.”

Hurst placed several Subway signs to the front of Soulard’s. He also wrote on the window “Free TP With Purchase” and “Honk for Pickup.”

Hurst said he usually employs eight people, but business has been so slow that he’s only been able to keep on the job himself, his manager and the store’s main closer. He said that changed on Wednesday, when business picked up to the point where he had to call in help.

“I’m hoping it continues,” he said.