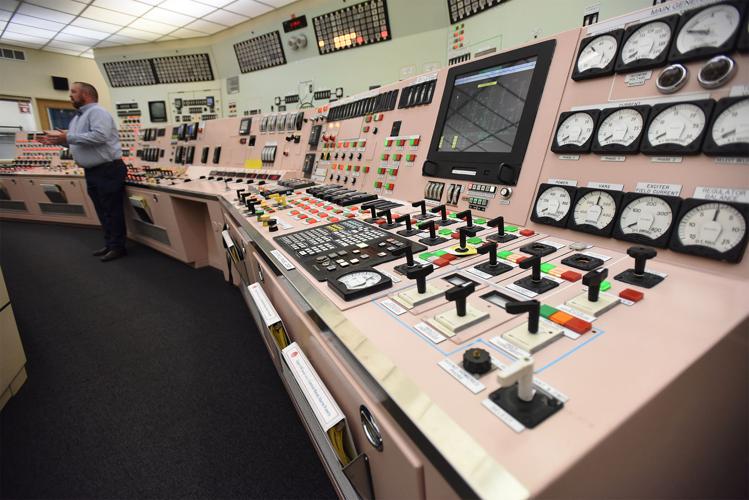 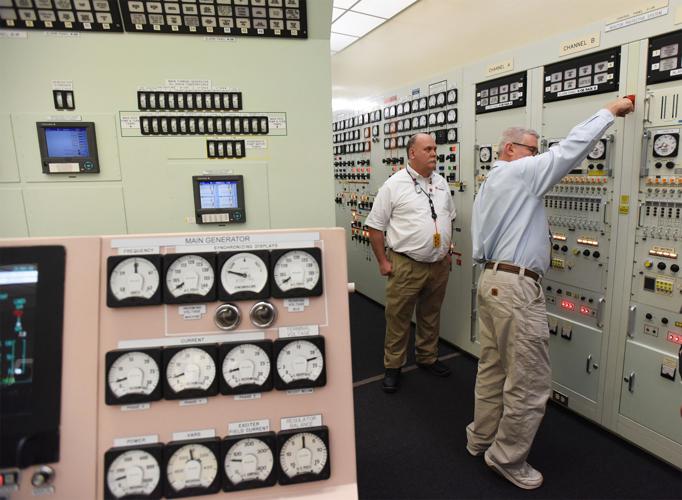 The closing of Palisades Power Plant, in Covert Township, will significantly affect the area.

COVERT — As spent fuel moves from the reactor to cooling pools, Van Buren County officials are planning for the financial losses resulting from the Palisades Power Plant closure.

The 600 people Palisades employs were all offered work at other Entergy plants, following the May 20 shutdown. Some stayed on to assist with the planned decommission. Others retired or found work elsewhere. About 200 of the 600 total employees lived in Van Buren County, another third living in Berrien County, and the remaining third elsewhere.

Outside of those directly employed by the power plant, a whole community leaned on the plant as a major economic engine.

The Palisades Community Advisory Panel was formed to address this dilemma. The group hired the Economic Growth Institute from the University of Michigan to study how the closure would affect the area’s tax base, GDP and overall economic health.

At an April meeting, researchers told PCAP members that Southwest Michigan is projected to lose 739 jobs from the closure, a metric which includes direct and indirect losses.

EGI has yet to present their reports on the tax impact for Covert Public Schools, Covert Township and other affected municipalities, as well as how the housing market will differ as a result. John Egelhaaf, executive director at the Southwest Michigan Planning Commission, said that report is on track to be released mid-summer.

Both Covert schools and Covert Township officials did not respond to requests for comment on the subject.

County officials said EGI researchers met with district personnel, who told the researchers they were in solid financial shape. The district receives per pupil funding from the state, so even if they’re not self-sustaining through local property taxes, the state funding makes sure they can receive per pupil funding at a minimum, said Tony Meyaard, the director of equalization. Meyaard works for four different counties.

Van Buren County has closely monitored the ongoing situation. In 2016, after the first signs of an early closure emerged, county officials told The Herald-Palladium the plant accounted for 7 percent of the county’s tax base.

That year, the plant paid a combined $9.9 million in taxes which stayed in Van Buren County.

“That goes to things like school districts, the local township to help pay for roads, the ISD – intermediate school district – the community college. There’s several other things there,” said Meyaard.

In each year following, that amount went down. The plant is assessed annually at 50 percent of true value, which is required by law.

“The power plants typically around the state in the country are valued at a per dollar amount per kilowatt. But obviously with Palisades it creates an issue because, they’ve been closing down,” said Meyaard.

The county has had to factor in the 2022 close date into their tax calculations, Meyaard said. So despite producing the same amount of energy for the last few years, the plant has lost value, so its assessment has shrunk with it.

Meyaard said this has often confused residents. The value lost stems from the imminent shutdown.

“If I were to tell you, that you can buy two different hotels today, and one of them is going to close down in four years, and the other one is going to continue to run for the next 20 years. Which one are you going to pay more for? The one that runs for 20 years,” Meyaard said.

Like Palisades, the hypothetical four-year hotel only continues to drop in value as time goes on and as the run time shrinks.

“You have less time as an investor to recapture your money,” Meyaard said. “So that’s been the theory behind ratcheting down the value of the power plant over the last four years.”

This differs from what Van Buren County collected. In 2016, Palisades contributed $262,965.70 directly to county operations. In 2022, Meyaard estimated the direct county contribution to be $58,176.

“We’re anticipating that this is going to be the last year of reductions so next year, the values should level off,” Meyaard said. “Now the only caveat to that is as long as the owners of the power plant do not appeal their property taxes.”

All property owners in the state of Michigan have that right, and should plant owners be successful in their appeal of their property taxes, it could result in a large reduction in what the plant owes in taxes.

“We’ve known this was coming, and steps have been taken over the years to accommodate that,” said Frank Hardester, who at the time was the Van Buren County administrator.

Hardester resigned in May, but the county has been budgeting for the declines. Hardester commended prior county administrators who he said had “been in the trenches” to put the county finances in order.

Hardester said property values have been increasing in the county in such a way that makes up the difference. Additionally, broadband expansion efforts have been a part of luring businesses and people to make Van Buren their home base.

Neighboring Kalamazoo’s growth has also been a boon to the county, drawing in residents, he said.

“The work that John is doing and that the grant is going to provide us will be helpful,” Hardester said. “Having this report will be a benefit as decisions are being made, and as opportunities are being presented, whether at the state or federal levels to help us through this interesting time. This really puts us in somewhat of an economic distressed state, because of what’s happened, but with some of the things that have happened over the years to help prepare for it, it’s not like it’s a shock.”