You have permission to edit this article.
Edit
Home
News
Features
Opinion
Sports
Obituaries
Archives
e-Edition
Subscribe
Photo Reprints
Classifieds
How Do I?
1 of 4 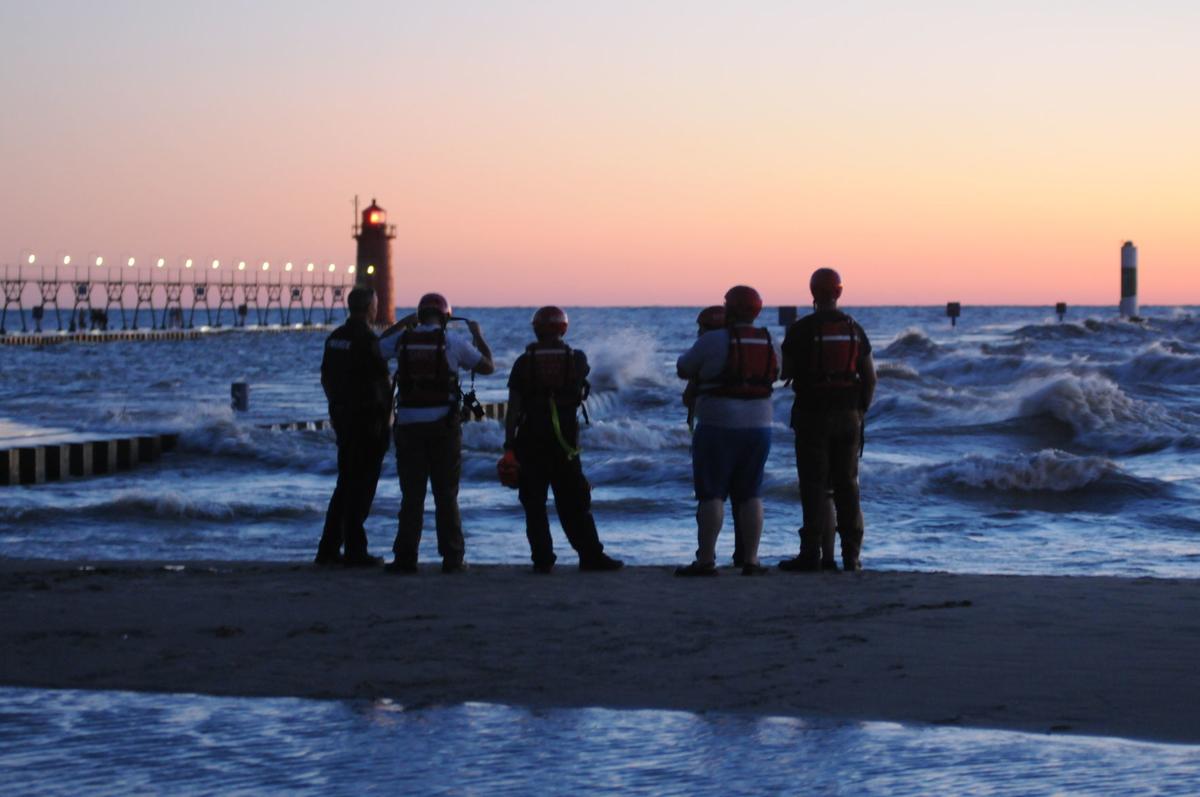 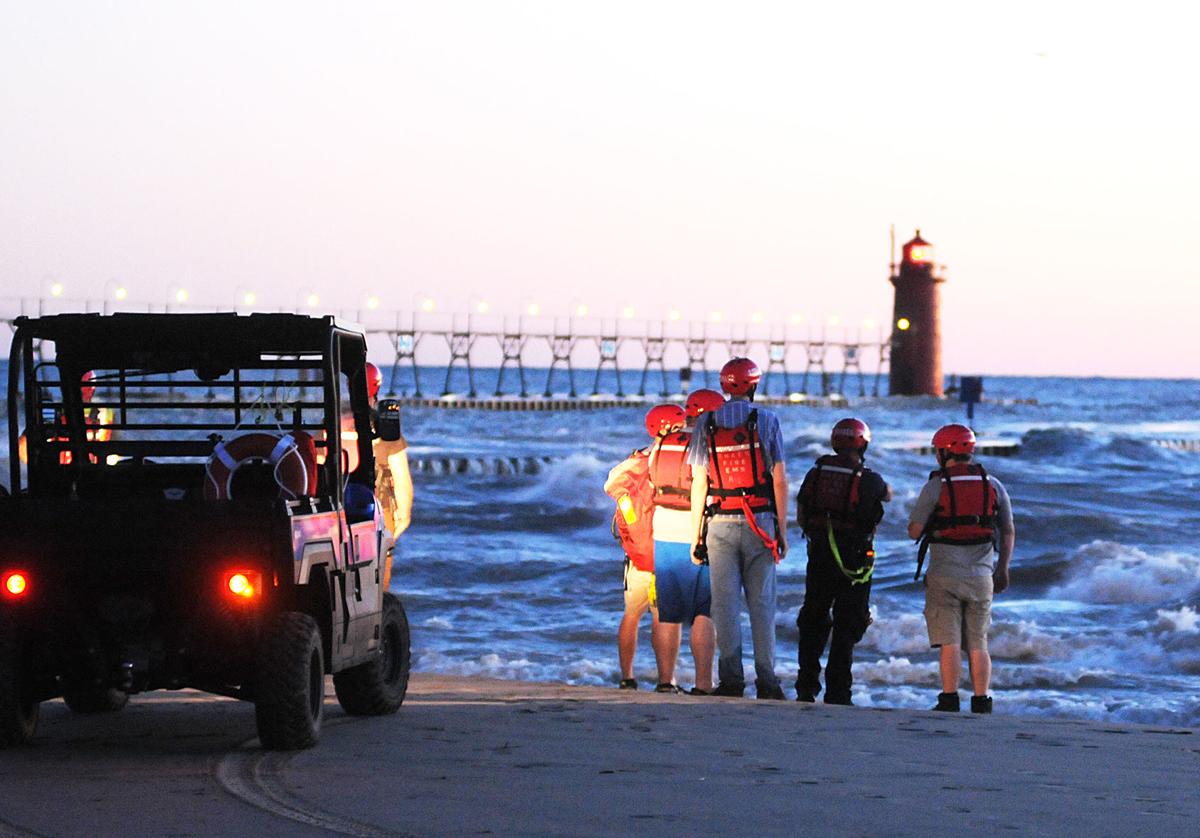 Emergency responders search Sunday evening for a Lansing man who apparently drowned while swimming in rough water off North Beach. 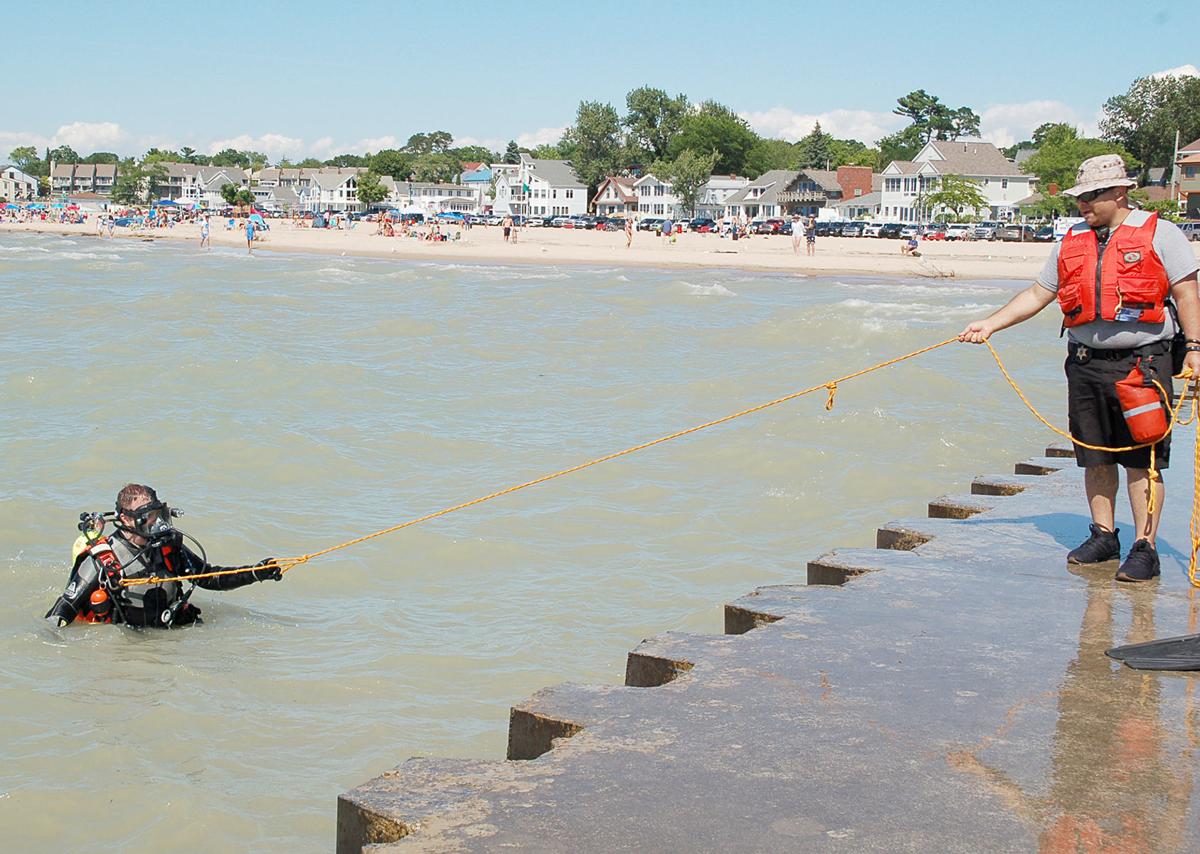 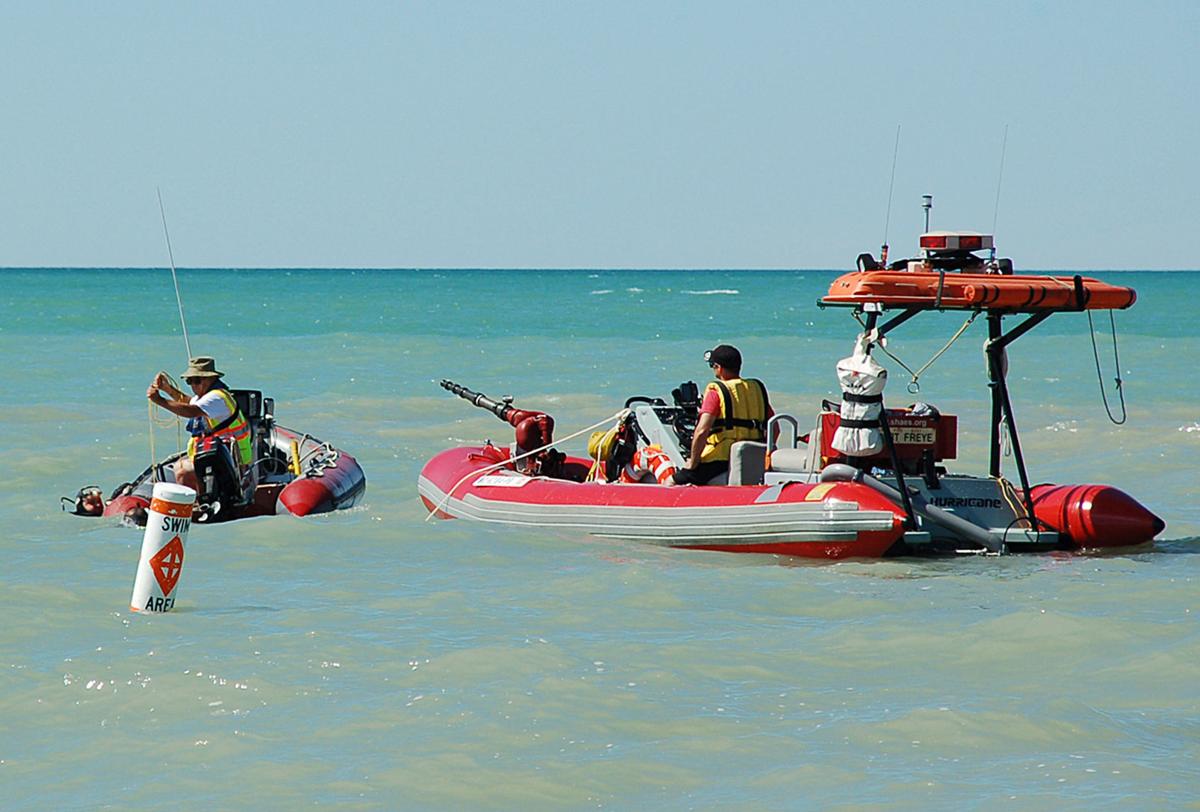 A diver from South Haven Area Emergency Services emerges from Lake Michigan off North Beach while crews search for a missing swimmer.

Emergency responders search Sunday evening for a Lansing man who apparently drowned while swimming in rough water off North Beach.

A diver from South Haven Area Emergency Services emerges from Lake Michigan off North Beach while crews search for a missing swimmer.

SOUTH HAVEN — A man is presumed to have drowned off South Haven’s North Beach Sunday evening and there were several other close calls Sunday as gusty winds and high waves pounded Lake Michigan beaches, prompting red flag warnings up and down the shoreline.

As of Monday evening emergency crews were still searching for the man believed to have drowned. According to the South Haven Area Emergency Services, a call came in around 9:20 p.m. for the report of an missing man reported in distress in the water off North Beach. A friend who was with the man reported him missing.

The area was experiencing dangerous rip currents at the time, SHAES reported in a news release. Red flags were flying at the beach, with waves reaching an estimated 5 to 6 feet. A Beach Hazards Statement had been posted by the National Weather Service.

According to South Haven police, the victim, 20, is from the Lansing area. Police did not name the man.

SHAES and South Haven police responders searched the water from the shoreline and a SHAES drone was used. Crews were unable to conduct a water search on Sunday because of the rough wave conditions, according to the release. A Coast Guard helicopter and the Van Buren Sheriff’s Department Marine and Dive team also responded.

Crews returned Monday to scour the area searching for the man’s body, though rough water and limited visibility underwater hampered their search efforts.

“There’s six inches or less of visibility,” said Scott Johanson, an Allegan County Sheriff’s Department deputy and member of the department’s marine patrol. “A lot of it is just by feeling along. There’s a lot of nooks and crannies that need to be checked out. Divers run the risk of entrapment.”

The apparent drowning Sunday was preceded by 15 minutes by a young man being swept off the North Pier into the Black River channel, SHAES reported. He was thrown a life ring by a good Samaritan from the South Pier and brought to safety before emergency personnel arrived. He did not require medical attention.

South Haven police described him as a man in his late teens or early 20s.

In St. Joseph, police said Monday that a 32-year-old woman from Illinois is in critical condition at Lakeland Medical Center in St. Joseph after she and her sister, 29, got into trouble in the water off of Lions Park Beach on Sunday afternoon.

Police were called at 4:39 p.m. According to a news release, the two women “got into deep water and struggled to get out. Several bystanders observed the incident and assisted.”

They were both transported to the hospital, where the 29-year-old was treated and released.

No other details about the women were released.

The Berrien County Sheriff’s Department and Medic 1 also responded to the scene.