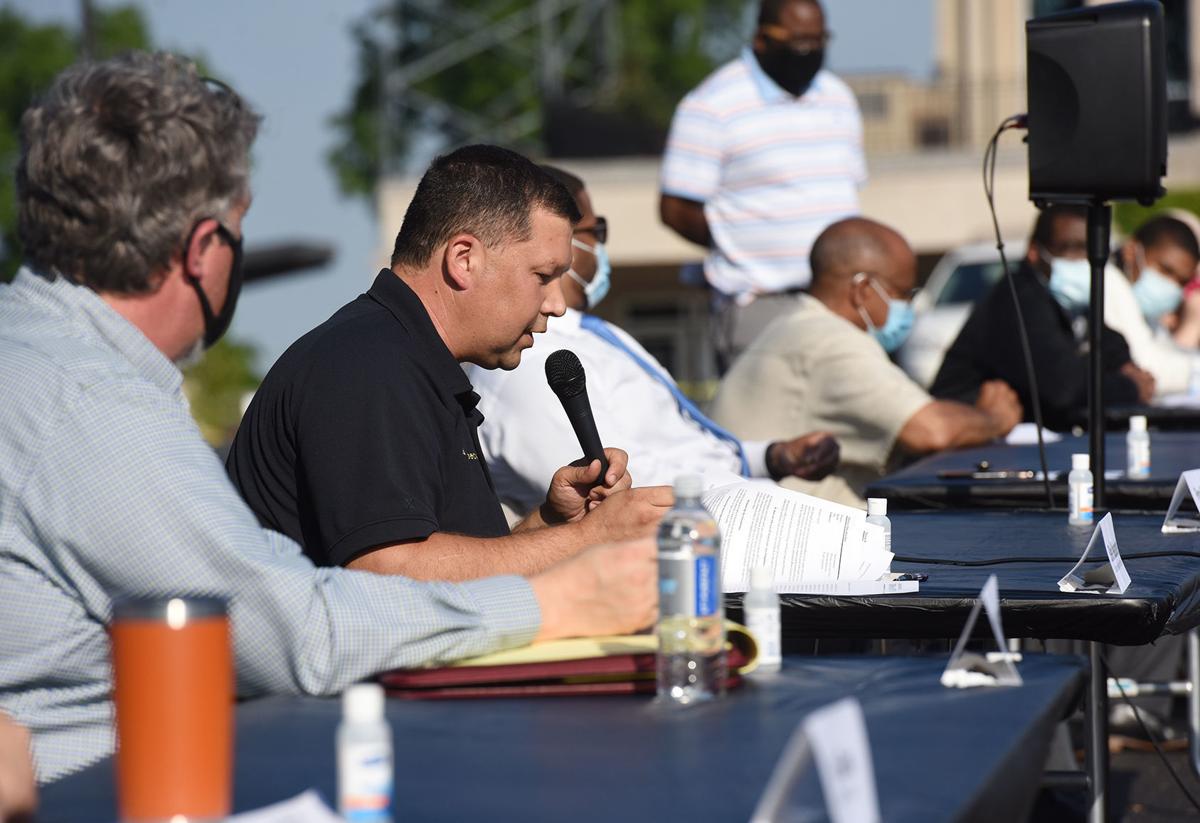 Steve Neubecker, St. Joseph interim director of public safety, talks about his department’s use of force policy during a Berrien County Community Forum on Justice in Policing Friday night at the Berrien County Courthouse. 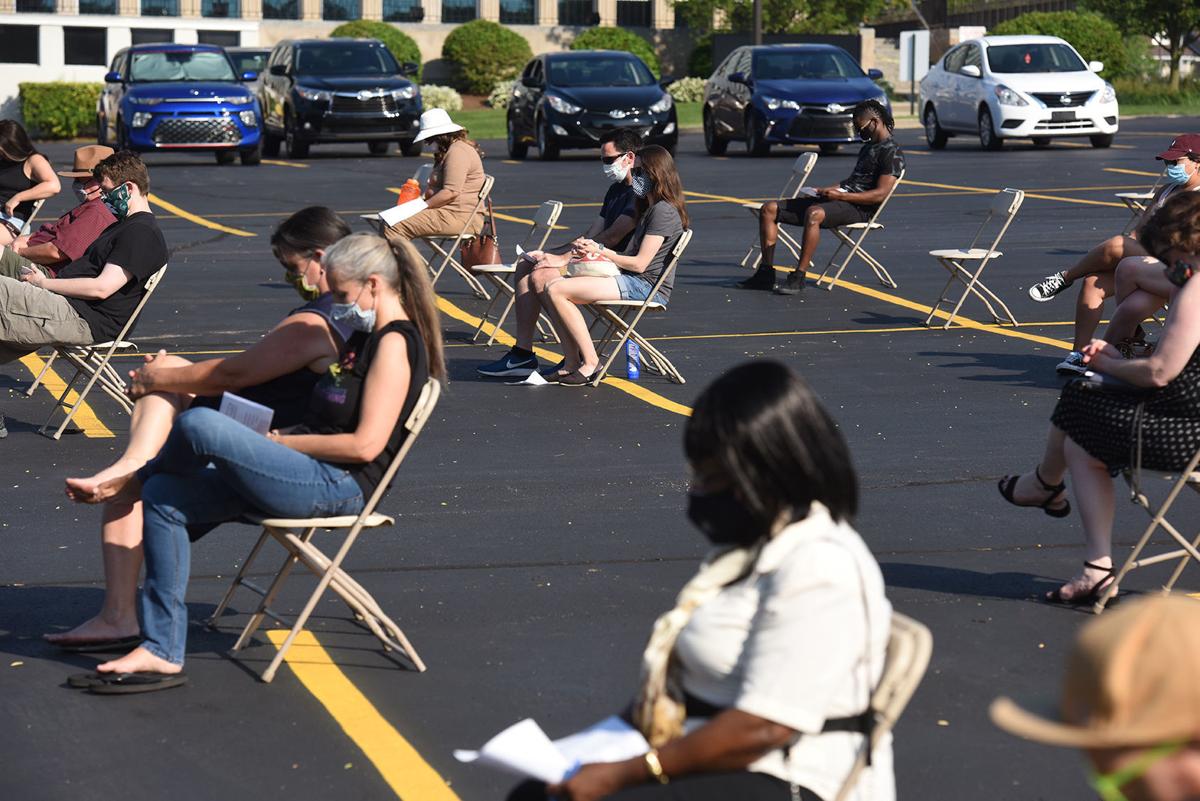 Members of the public follow social distancing guidelines during a Berrien County Community Forum on Justice in Policing on Friday. 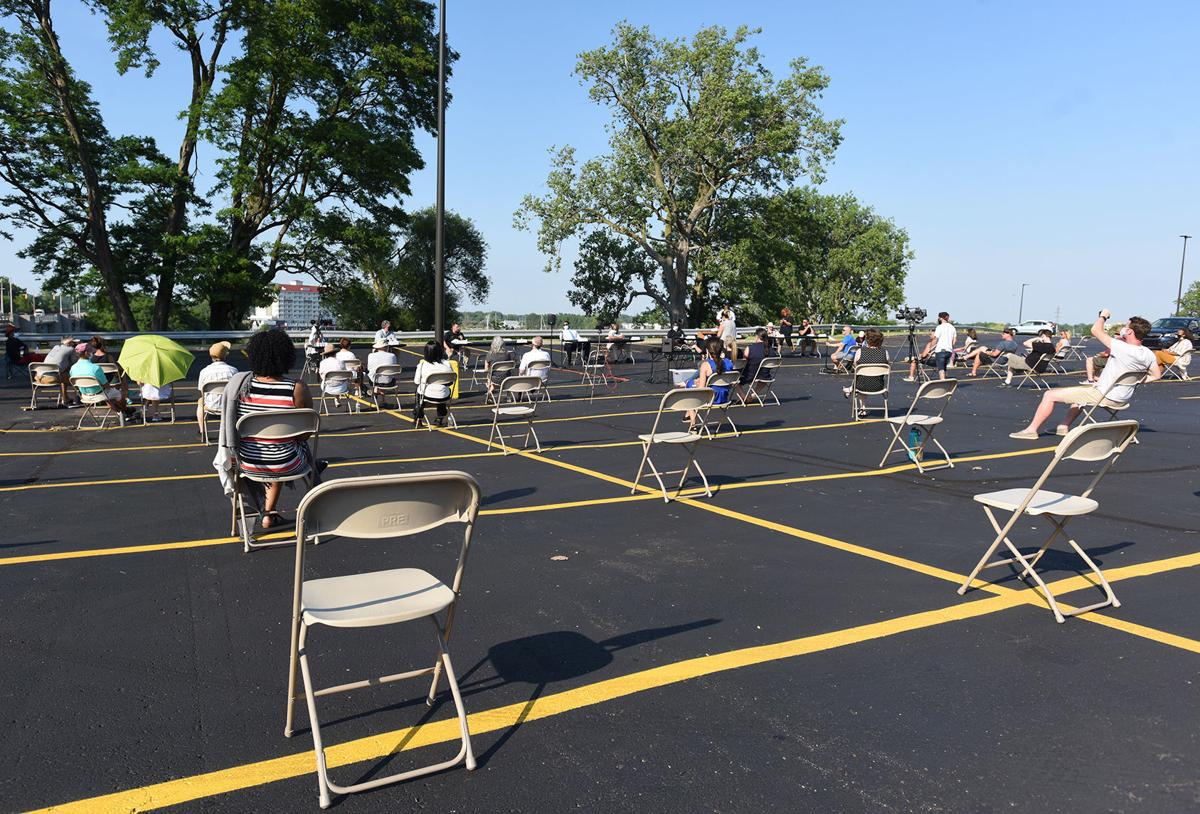 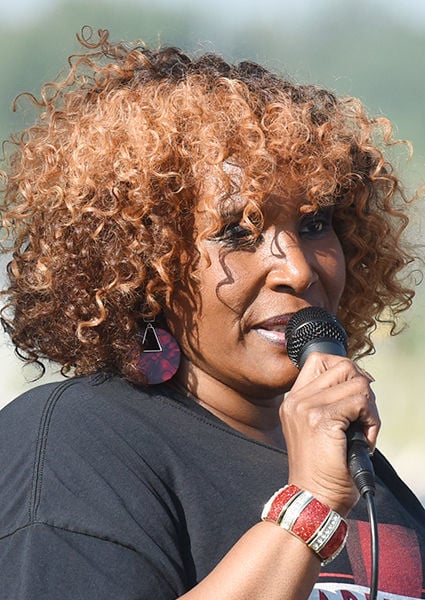 Steve Neubecker, St. Joseph interim director of public safety, talks about his department’s use of force policy during a Berrien County Community Forum on Justice in Policing Friday night at the Berrien County Courthouse.

Members of the public follow social distancing guidelines during a Berrien County Community Forum on Justice in Policing on Friday.

ST. JOSEPH — Police need to be held accountable for their actions and the “good old boys” network has to stop.

On the panel was Benton Harbor Commissioner Ron Singleton, a former police officer and police chief with the city. He said that when he first wanted to be a police officer in his home town, he was discouraged.

“A lot of excuses came up,” he said. “They said you can’t police your community because you were related to too many people. That was an excuse that came up, I believe, to keep the good old boys system going.”

He said Americans have come to the conclusion that police need to be held accountable.

“We should live up to the oath of office and do what you swore to do,” he said. “It’s time for those good officers, and there’s plenty, it’s time to not be silent no more.”

But he said it isn’t going to be easy.

“The power is with the people,” he said. “... I think it’s going to take a sustained effort. We need to be on this like a bulldog. The only time you let up is to get a better grip.”

Communities should form citizen review boards to handle citizen complaints against police officers, said Chokwe Pitchford, a representative from the SHARP Foundation, which sponsored the forum. He is also a candidate for the 79th District state representative seat.

“And put some power behind that board,” he said.

In addition, he said the root of the problem – poverty – needs to be addressed. He said that if people are given pathways out of poverty and into the middle class, then the crime rate will fall.

St. Joseph Interim Director of Public Safety Steve Neubecker said that his officers are constantly going through training regarding how to deescalate tense situations so police force is not needed. He said the city’s last officer-involved shooting was in 1967.

St. Joseph City Commissioner Laura Goos said Neubecker made commissioners aware of the “8 Can’t Wait” campaign to bring immediate change to police departments. Those changes include requiring police officers to give a warning before shooting and a ban on chokeholds.

She said city commissioners are reviewing police policies to see if any need to be changed.

Gwen Swanigan, founder of the SHARP Foundation, said the forum is a call to action to make sure that real change takes place to stop systemic racism, which is taking place across America, including in Southwest Michigan.