Skip to main content
You are the owner of this article.
Edit Article Add New Article
You have permission to edit this article.
Edit
Home
News
Features
Opinion
Sports
Obituaries
Archives
e-Edition
Subscribe
Photo Reprints
Classifieds
How Do I?
1 of 9 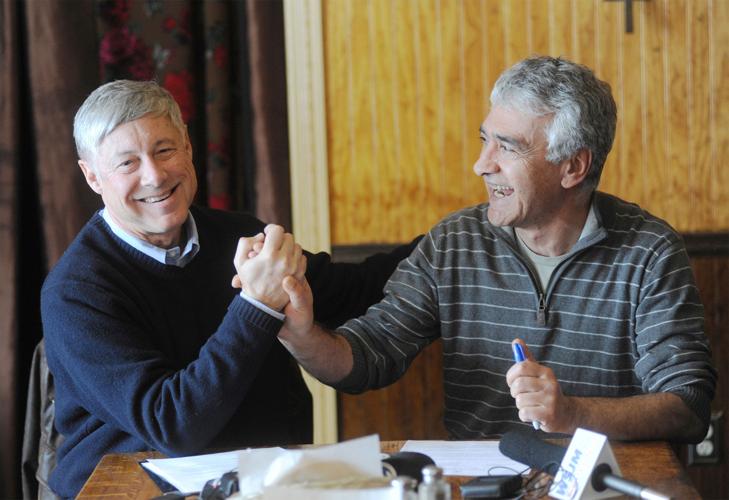 U.S. Rep. Fred Upton, left, joins Ibrahim Parlak, who had been fighting deportation to Turkey for more than a decade, during a press conference in 2016, at Cafe Gulistan in Harbert. 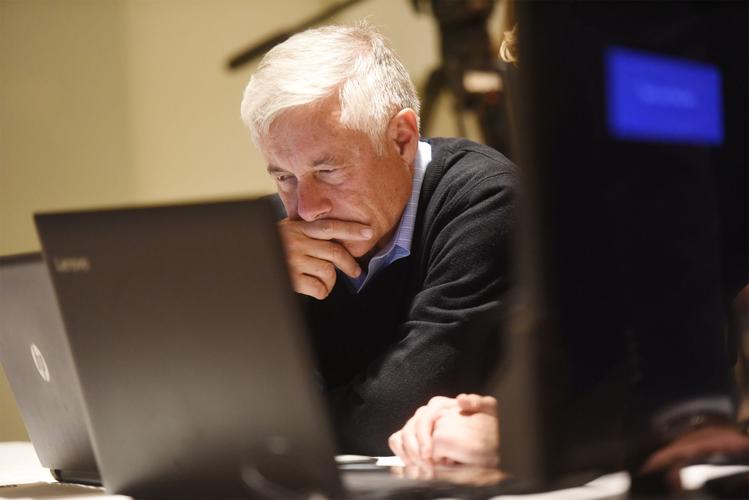 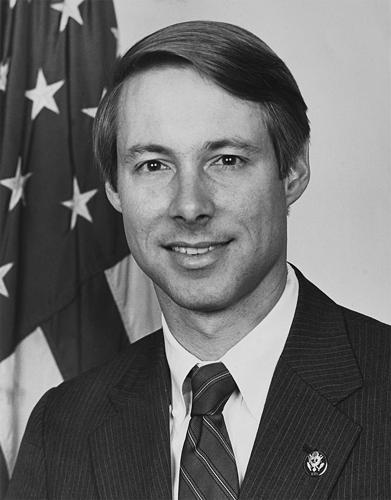 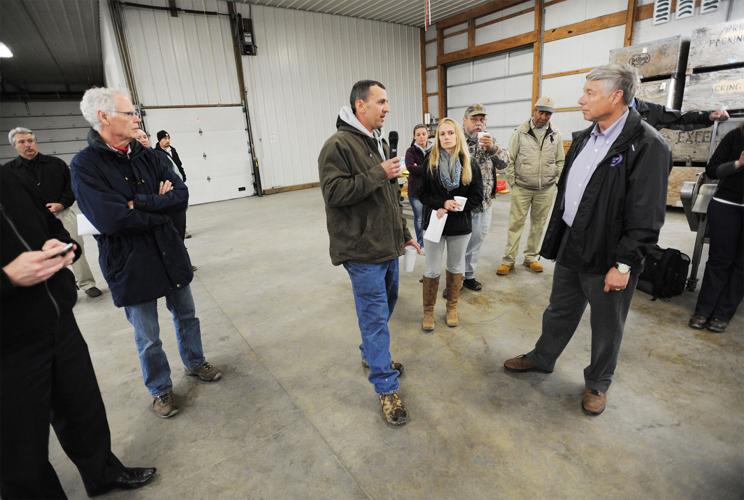 U.S. Rep. Fred Upton, right, listens to Brett Costanza, owner of A&B Costanza Farms, during a press conference held in 2016 at Costanza Farms in Sodus to discuss the delays in farm workers' visas. 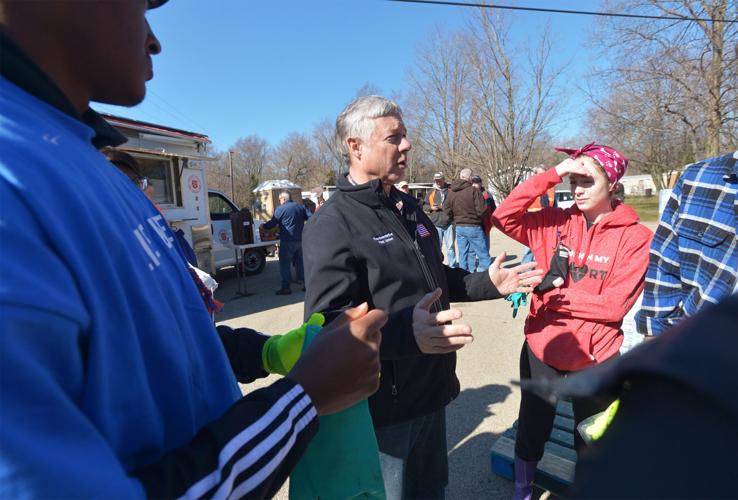 U.S. Rep. Fred Upton speaks with volunteers helping with clean up efforts after flooding at River Springs Estates in Berrien Springs in 2018. 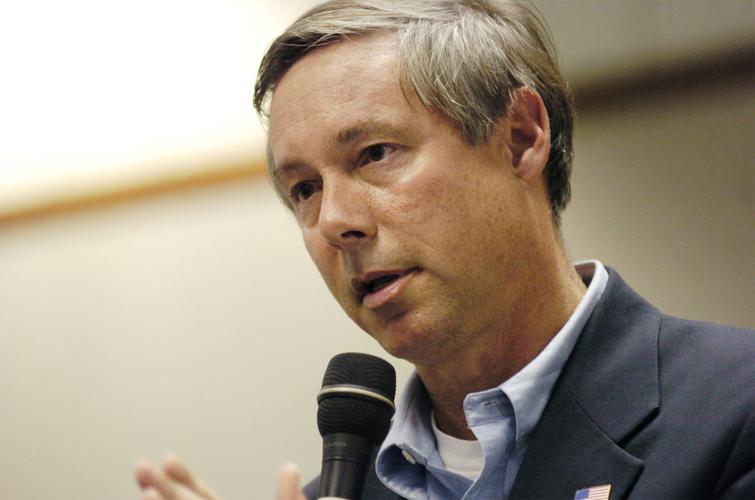 Rep. Fred Upton answers audience questions during a debate held in 2006, for the 6th Congressional District, at the BCISD's office in Berrien Springs. 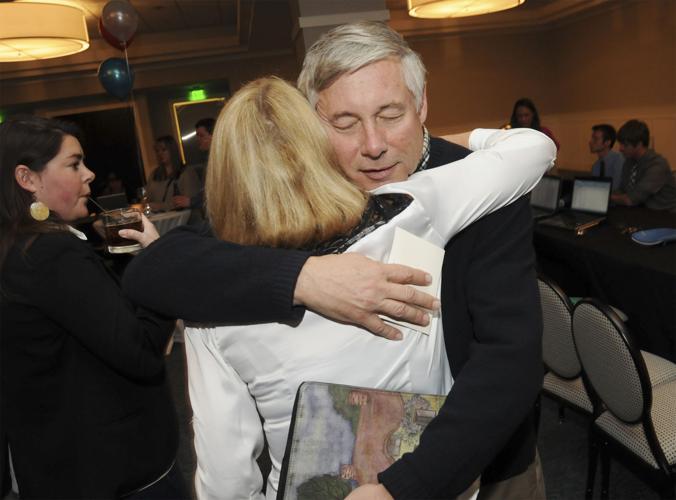 Mitzie Tompkins hugs U.S. Rep. Fred Upton during an election night party in 2014 at the Inn at Harbor Shores in Benton Harbor. 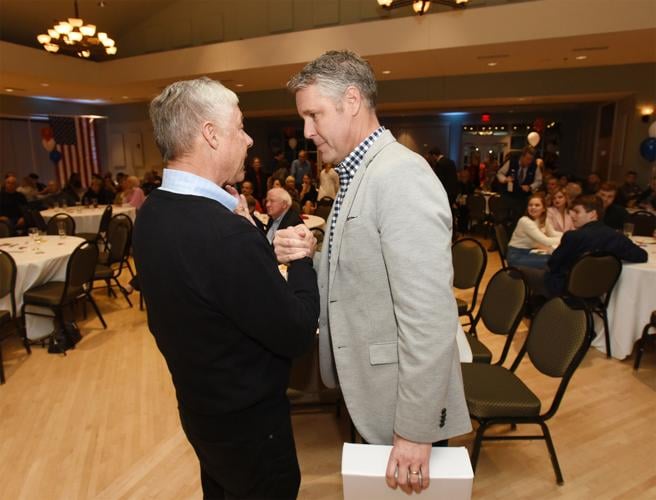 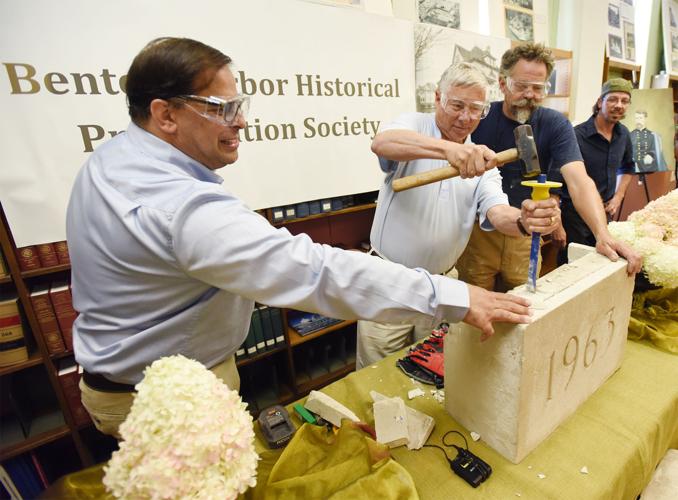 U.S. Rep. Fred Upton speaks with the media during an election night party in 2016 at The Inn at Harbor Shores. Upton, R-St. Joseph, announced Tuesday he will not run for reelection.

ST. JOSEPH — In 1985, a group of Berrien County leaders called Fred Upton, who was a senior White House official at the time, to ask him to run as a U.S. representative.

Upton, R-St. Joseph, and his wife, Amey, turned down the offer, only for the calls to come back several weeks later. Local accountant Bob Gerbel convinced him to take the jump, Upton told The Herald-Palladium on Tuesday.

The election was tough. Then incumbent U.S. Rep. Mark Sijander, R-Three Oaks, had called on local churches to pray for his victory in the primary, linking Upton’s challenge to Satan. Despite the divine invocation and being outspent three to one, Upton went on to win both the primary and the general election.

Thirty-five years later, Gerbel would call Upton again, to congratulate him on his retirement after 18 consecutive terms as a U.S. representative.

Following his announcement Tuesday on the House floor, he, his colleagues, former interns and other politicians reflected on his career, which began more than 30 years ago. Those who know him said his tenure will be marked by hard work, integrity, a love for Southwest Michigan and the willingness to work across the aisle.

“Fred Upton always had a reputation as being honest as the day was long, bipartisan and really above all else, results-oriented,” said Tom Wilbur, a former Upton campaign manager and communications director.

Upton leaves behind a vote tally larger than nearly all – if not all – of his colleagues. While talking with The HP on Tuesday, he was between votes, briefly stepping out of the House floor to make the call.

When asked what he wanted constituents to know, all he said was, “Thank you.”

“There’s not a better place to live and raise a family,” Upton said.

Upton was one of the sponsors of the 21st Century Cures Act. He helped secure funding for the U.S. 31 highway extension and PPP loans for Southwest Michigan businesses during the COVID-19 pandemic.

Former state Rep. Al Pscholka and former state Sen. John Proos both worked in the district office and collaborated with Upton as a legislator.

This wasn’t by accident. Proos said the model of attentive constituent service Upton demonstrated meant his office became both a pipeline for several state politicians.

“He would often engage in those issues very directly, even though he was very busy as a member of Congress on many, many other topics of Congress, including major public policy,” said Proos.

Both mentioned Upton’s advocacy for the Harbor Shores Golf Course, which required federal, state and local cooperation to clean up the abandoned industrial sites.

Upton’s office helped The Livery secure a federal permit to manufacture beer early on, Pscholka said. After the 2010 Haiti earthquake, a Dowagiac doctor called Pscholka, saying one of his colleagues knew of nine Haitian children who needed treatment after suffering life-threatening burns. Upton called the State Department on their behalf, Pscholka said.

Numerous colleagues referred to Upton as a “workhorse.”

Wilbur recounted a 16-hour day where he and Upton drove to Flint to meet with officials about the water crisis. While Wilbur was trying to keep his eyes open driving back to St. Joseph, he said Upton was still working, making calls and sending messages, despite the long day before.

No time is off limits for him to work – except for University of Michigan football games – longtime friend and former St. Joseph Mayor Mike Garey said.

“Our area will never have better representation,” Garey said.

Garey knew Upton since the two were fifth-graders and called the congressman a “hometown boy.” His wife, Liz, was Upton’s campaign manager for 26 years. He said Upton faced difficult issues head on, “never running for cover.”

The former mayor said he saw constituents who disagreed with Upton approach him angrily. Upton would always listen, Garey said, and take them seriously. Even if they couldn’t reach an agreement, he said Upton always gained the constituent’s respect.

His three former staffers all said there were countless policies and constituent concerns that Upton worked on which never made it in the headlines, from pipeline safety to tax credits for small businesses complying with Americans with Disabilities Act regulations.

“He didn’t need to be on TV every time,” Pscholka said. “He was a guy who was home every weekend. He was on the phone with his staff every day.”

By his own count, Upton said he’s signed his name “Fred” on more than a million letters while in office.

No matter the issue

Upton’s style of politics can be considered “a throwback” to politicians of years past, said Western Michigan University political science professor John Clark.

While he voted with his party most of the time, Clark said Upton wanted to work with both Republicans and Democrats to craft legislation. When it’s increasingly rare for a representative to want to write bills at all, Clark said this commitment to bipartisanship is all the more remarkable.

“That’s been his style since he got to Congress in the 1980s,” Clark said.

His commitment to developing and passing legislation wasn’t uncommon at the start of his term, Clark said, but became so by the end of his term. With cable news and social media, more members of Congress wish to be “showhorses” than “workhorses,” Clark said.

As these members have retired, congressional partisanship has exploded while its efficacy has waned, he said.

It’s a view Upton shares. The drive to work across the aisle stemmed from his time in the Ronald Reagan administration, Upton said. High-profile congressional Democrats were welcome at the White House every day, Upton said.

“That’s how Reagan succeeded, a Republican president with a Democratic Congress,” Upton said.

Garey said while chairing committees, Upton would prioritize bills that had both Republican and Democratic signatures on them.

“No matter what the issue was, Fred really felt in his bones that the best way to get it done was the bipartisan way,” Wilbur said.

Clark called Upton one of the few remaining Michigan Republicans in the style of Gerald Ford and Paul Henry.

“When he was elected to Congress, he was smack dab in the middle of the Republican Party in the House of Representatives in terms of his ideology,” Clark said. “And more recently, he’s been less in the middle, more in the moderate wing of the party. But I don’t think he’s changed all that much. I don’t think his own views changed all that much. The party moved in a different direction.”

While John Boehner was speaker of the House in 2011, Clark said Upton was one of six Republicans to serve on a bipartisan super committee, meant to rectify a budget impasse. That pick showed Boehner’s trust in Upton, the professor said, to both represent GOP interests and reach a solution.

“The American public does not want to see partisan discord. They’re tired of it,” Upton said.

A vision for the country, the GOP

The representative’s criticism was also bipartisan.

Upton will leave office as the only member of Congress to vote successfully to impeach two presidents, which includes Bill Clinton and Donald Trump.

“In the case of Bill Clinton, he lied,” said Upton.

For the latter vote, he was one of 10 House Republicans to do so. Trump had called his actions during the Jan. 6 insurrection of the Capitol as “totally appropriate,” which Upton said he strongly disagreed with.

“It was a frightening day,” Upton said.

The Berrien, Cass and Allegan County GOPs then censured Upton for his impeachment vote.

As Upton exits office, America is seeing the resurgence of many of the same problems the country dealt with at the beginning of his tenure: high inflation, increased threat of nuclear war and supply shortages. Being content to throw “partisan bombs” is not up to the moment’s task, Upton said.

“This is where people need to work together,” he said.

Given the rules in the Senate, which require 60 votes to pass most bills, this bipartisanship is a necessity, he said. The Problem Solvers’ Caucus, of which Upton is a member of, has a lot of work to tackle before he leaves.

Upton said he expects the GOP to regain the majority in the House in 2022 by a slim margin. With that majority, the party needs to look forward.

“I think people are tired of this almost daily diatribe of the former president, saying that ‘the election was stolen, give it back,’” Upton said. “It’s pathetic. It really is. We need a vision. We need to move forward, whether it’s fighting inflation or becoming energy independent like we once were, whether it’s making sure that our border is secure, whether it’s making sure we have a united front against Putin. All of those things require hard work and bipartisanship to show that America speaks with a strong voice.”

Fred Upton turned over his office keys Wednesday, as the 18-term congressman prepares to retire in a month.