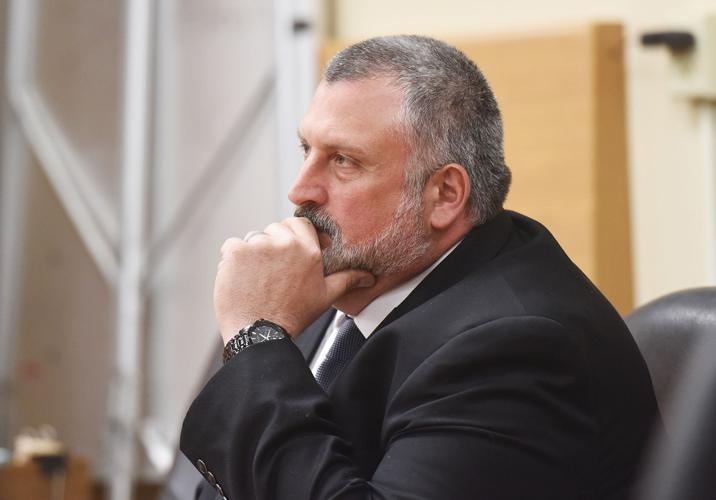 Raffaele Santaniello is pictured during a preliminary hearing in March before Judge Angela Pasula at the Berrien County Courthouse. On Thursday, Pasula bound Santaniello over for trial on several criminal sexual conduct charges, plus a kidnapping charge. 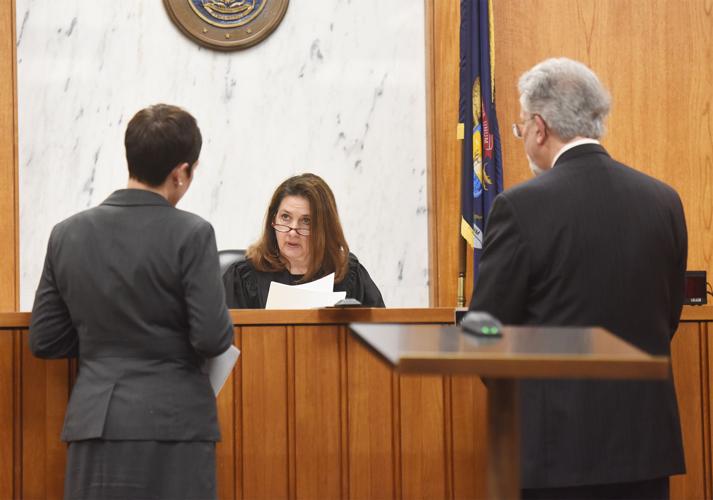 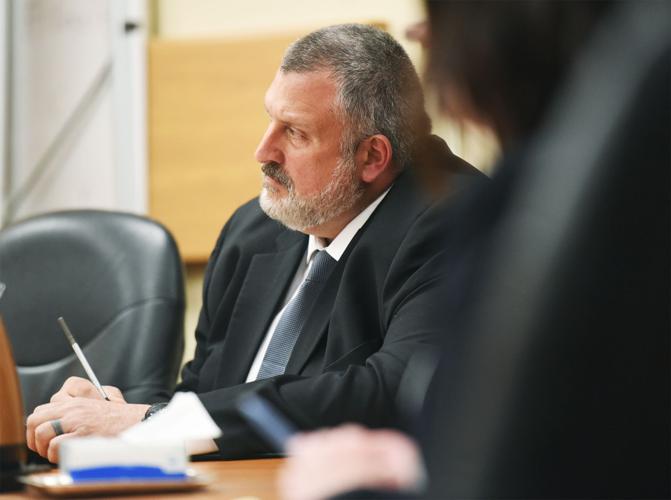 Raffaele Santaniello listens to testimony Wednesday during his preliminary hearing before Judge Angela Pasula at the Berrien County Courthouse. 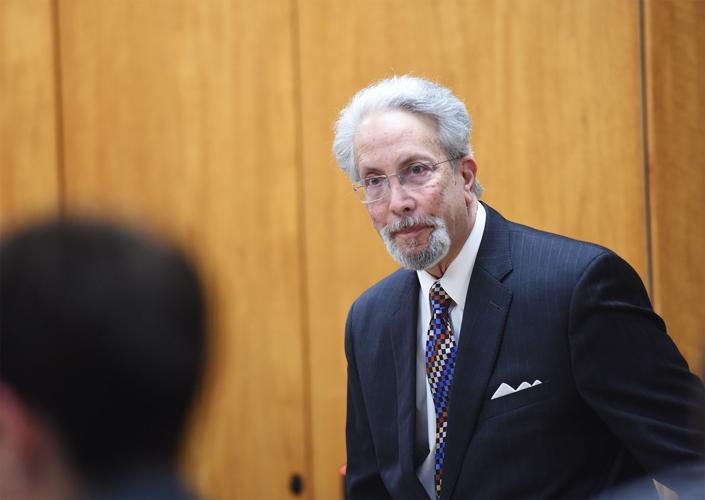 Counsel Eric Zagrans, who is defending Raffaele Santaniello, speaks Wednesday during a preliminary hearing before Judge Angela Pasula at the Berrien County Courthouse.

ST. JOSEPH — A woman told a Berrien County judge Wednesday that while a local restaurant co-owner did not physically force her to perform a sex act on him, she feared for her job if she did not comply.

The woman, testifying in the preliminary hearing for Raffaele Santaniello, told the judge she eventually quit her job as a server and bartender at Santaniello’s Restaurant.

The hearing for Santaniello, 50, got underway Wednesday before Berrien County Trial Court Judge Angela Pasula and will continue at 3 p.m. April 4. The hearing is to determine whether there is probable cause to send the case to trial.

Three women testified Wednesday about alleged sexual assaults by Santaniello. The Herald-Palladium does not identify victims of sexual assault.

One former employee testified she was working as a server at Santaniello’s Restaurant when, at the end of the night of April 16, 2021, Santaniello invited her to his house to “hang out.” She said her previous conversations and interactions with him had been “OK,” and she knew his wife and sister, so she went to his house. She said he invited her to join him in his hot tub, and she did. She said she was wearing a bathing suit, and he was wearing swim trunks and a T-shirt.

She said their conversation was normal at first, then turned sexual.

“He said, ‘You have great boobs, let me touch them,’ and started to fondle me. I said, ‘I don’t think so,’ and I couldn’t get out (of the hot tub) because he was blocking the stairs,” the witness testified. “I didn’t know what to do. He grabbed my arm and pulled me to sit between his legs. My back was to him. He reached over and touched my breasts, through my bathing suit. I wanted to go home.”

In cross examination, Zagrans asked the woman whether she knew Santaniello’s wife and family were out of town when she went to his house and she responded, “Yes.”

He asked her why she waited three weeks to go to the police, and she said she was friends with Santaniello’s sister and, “I realized this wasn’t right. I told her about it and she said it couldn’t get out because it would ruin her livelihood.”

She said she then told another friend, who convinced her to go to the police.

Another woman, who said she worked at the restaurant from the fall of 2013 to August 2017 as a server and bartender, said Santaniello treated staff “not very pleasant,” and would talk in the restaurant about sexual matters. She said he made comments to her about her body parts “very often, almost daily.”

She said various staff members witnessed him making sexual comments and advances toward others. She said one night in 2016 at the end of her shift, he said he wanted to talk to her about an incident with a customer two days prior.

She said they were alone in the dining room when, “I sat down and he was standing. He exposed himself, he touched the back of my head and made the motion for me to do it.”

She testified that “it was clear” what he wanted her to do. O’Malley asked the witness what she thought would happen if she didn’t comply.

“I felt as if my job would be threatened. I knew other employees had been threatened. He’s a big guy, and I didn’t feel comfortable telling him no,” she responded. She said Santaniello had “made it known that he was untouchable because he’s someone powerful in the community.”

She said he made sexual comments and advances in front of other workers, family members and customers and, “No one ever tried to stop it.”

Zagrans, in cross examination, asked the woman what, specifically, Santaniello had ever said to indicate he was “untouchable,” and she said she could not recall specifically.

The woman said she went to police in 2021, five years after the incident, after seeing a social media post from someone else about Santaniello.

Another woman testified she knew Santaniello and his family through their sons, and her daughter began working at the restaurant in 2019. She said she and her husband would often go to the restaurant.

“One night in 2019, I was standing at the end of the bar. He was drinking. He hugged me, he like bear hugs you, then he holds you there,” she said. “Then he reached with his hand and grabbed and squeezed my butt.”

She said she told him, “Please don’t do that.”

Further, the woman testified, “There were very few times I spent in his presence that a sexual comment was not made.”

In cross examination, Zagrans asked the woman, “Did you tell anyone?”

The woman responded, “Yes. I told my husband, his wife, my daughter and my friends.”

Asked by the defense lawyer whether she ever initiated any physical or sexual contact with Santaniello, the woman responded, “No.”