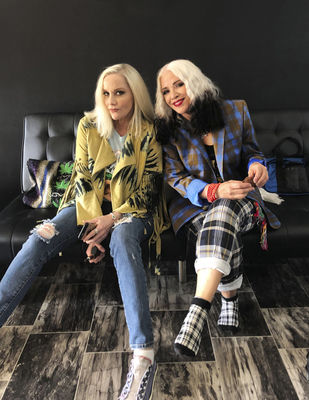 Cherie Currie, at left, and Brie Darling will make a tour stop at The Acorn Theater on Sunday night. 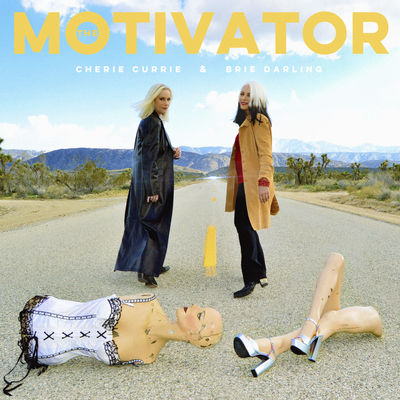 THREE OAKS — Cherie Currie had reached her final straw with the music industry, but now feels glad it didn’t pan out that way.

After more than 40 years of activity – starting as lead singer of the all-female rock band The Runaways, and then as a solo artist, actor and chainsaw carving artist – Currie was ready for a new chapter in life.

“I was actually putting my house up for sale – I was in escrow for some land up north. I was ready to throw in the towel with this d--- music business,” Currie says laughing as she speaks from her publicist’s Los Angeles office. “I’d just had it.”

Darling was recording with Fanny’s founding bassist Jean Millington, and her sister, lead guitarist June Millington, for the first time in 40 years.

Several female artists inspired by the original band – including members of The Bangles, The Go-Go’s, and former Fanny member Patti Quatro – appeared with Currie on the album.

“Patti introduced me, via the phone. Cherie came in, and just blew me away,” Darling says. “I loved her from the second she walked in the door. I had to know her better, and that’s what happened.”

Sadly, plans to tour the album never materialized, because Jean Millington suffered a stroke when it came out last year, Darling said.

By then, “Cherie and I had become friends, and found that we had a lot in common, and the rest is just history,” she says.

The result of their collaboration is “The Motivator,” released in August. It’s produced by Darling’s husband, Dave Darling, who’s racked up six Grammy-nominated albums.

The album features nine covers, including a dramatic makeover of The Rolling Stones’ “Gimme Shelter,” plus classics by Buffalo Springfield (“For What It’s Worth”), The Kinks (“Do It Again”), John Lennon (“Gimme Some Truth”) and T. Rex (the title track), among others.

Currie and Darling also co-wrote three attitude-driven originals: “I’m Good, That’s Just Too Bad,” “Too Bruised” and “This Is Our Time,” on which they voice a determination to push forward, no matter what others think: “It ain’t over yet, turn our voices up past 10!”

The pair ended up doing most of the songs as duets, which also marked a change of plan – with “Gimme Shelter” as the starting point.

“The Motivator” became the next real turning point, which Dave Darling had originally allotted to Currie – until they tried it together.

“She was going to let me have it, being the cool chick she is,” Currie says laughing. “I just turned to Dave, and I said, ‘Please put her in that second verse, and hear it.’ He just did, and said, ‘Wow!’”

Suitably inspired, the duo’s sense of teamwork picked up as the recording progressed.

“I really loved singing in the studio with Cherie – she hears something, and I hear something,” Darling says. “She inspires me to step up my game, and I love that. I love being pushed.”

That sense of camaraderie extended beyond the album sessions, too.

“It’s a real support thing between us – not just in the singing, but what we do, all the creative decisions. It’s a great team, and my favorite thing that I’ve done so far, so I’m a happy camper,” Darling says.

Reviewers have been quick to agree.

“The Motivator” has earned raves and features from “Billboard,” CNN and “The Big Takeover,” which stated: “The duo is not releasing a journey into nostalgia, tapping back to the good old days. Instead, this album is a showcase of two veterans pushing forward and making their mark once more.”

For Currie and Darling, it’s a welcome turnaround from the pressures to strike a more conventional female image that stalled their original bands’ progress.

Fanny broke up in 1975, after achieving their biggest U.S. hit – “Butter Boy,” a salute to their superstar admirer, David Bowie – while Currie left The Runaways in 1977, to pursue her own interests. The band split in 1979.

But neither are really dwelling on the past, as Darling makes clear.

“When you’re in a band, you have this hope that you’re having a family – sometimes, it hurts really bad, and it (the fallout) is disappointing. So far, we’re two years in, and we’re having a ball. We’re just having a great time,” she says.

Currie seconds those emotions, and then some.

“That’s why I’d had enough – you have to be somewhat narcissistic to be in this business, anyway,” Currie says, laughing. “But I’ve reached an age where I’m just not going to play, not going to play the game anymore.”

Who: Cherie Currie and Brie Darling, with opener Andreas Kapsalis