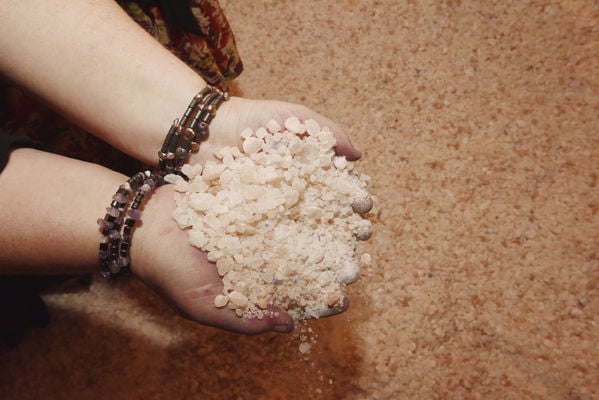 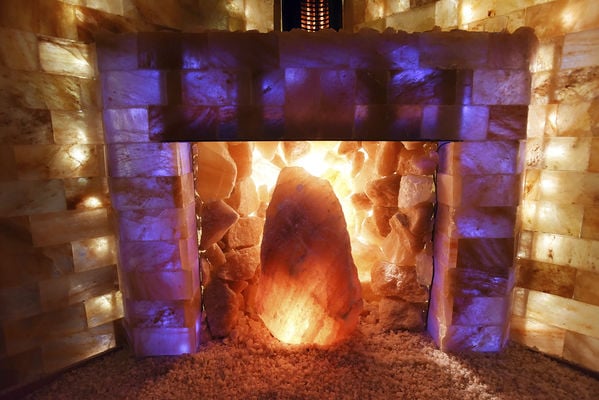 Evolve at Inner Journey Boutique & Healing Arts in Niles is one of the few area businesses that offers a Himalayan salt room for clients. 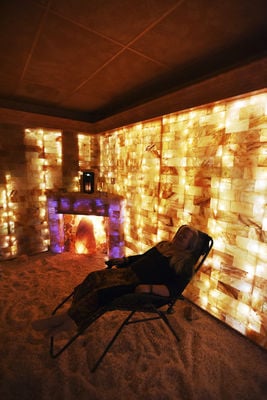 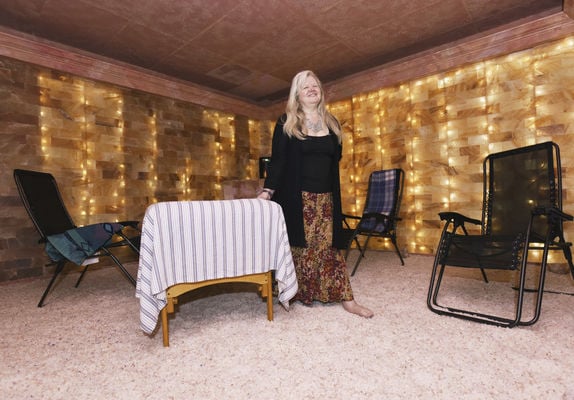 Evolve at Inner Journey Boutique & Healing Arts in Niles is one of the few area businesses that offers a Himalayan salt room for clients.

A spa treatment is growing in popularity in Michigan, and it’s based on a very old concept: the healing power of salt.

In ancient times, the Dead Sea was found to heal joint pain and arthritis because of the salt and minerals present in the water.

In Eastern Europe, salt springs and salt caves have been used for therapeutic purposes for hundreds of years.

Now, scientists are beginning to study its effects.

“In ancient times, salt was called the white gold on account of its curative properties and benefits on human health,” according to one study in the scientific journal Revista De Chimie.

In the article, the scientists posit that sodium ions, when inhaled, could help disinfect the respiratory tract; loosen the fluids lining the mucous membranes of the nose, throat and lungs; and eliminate toxins.

But how much is known for sure about the effectiveness of salt caves and salt rooms?

For now, not much.

The therapy is sometimes marketed as a bit of a cure-all, improving everything from asthma to eczema.

While there have been a few scientific studies on salt therapy that have yielded interesting results, they aren’t enough to say one way or another if salt therapy can be an effective or safe treatment.

The American Lung Association released a statement in 2016 saying there are no evidence-based findings to create guidelines for patients and clinicians about the treatment, and anyone interested in trying it should discuss it with their doctor.

According to the Asthma and Allergy Foundation of America, “Sitting in a salt room, is not likely to make your asthma better.” And while halotherapy is likely safe for people with asthma, “since you don't know how you will react, AAFA warns that it is best to err on the side of caution and avoid salt rooms.”

Anecdotally, however, there are people who swear by salt therapy.

Nancy Maryniak, the owner of Revive Spa in St. Joseph, added a “halotherapy bed” to her spa in June.

“A lot of people are going to these salt caves,” Maryniak said. “I enjoyed the experience, but it was more of a group experience.”

A halotherapy bed looks a little like a tanning bed, with a clear acrylic canopy. The bed itself is covered with crushed Himalayan salt, and users lie right on the salt, which is warmed from below. The canopy is lit with constantly changing, soothing colors.

“I use it personally to relax at the end of the day,” Maryniak said.

The bed also uses a halogenerator, which blows microscopic salt particles over the user.

The cost is $35 for a 20-minute session, but the spa offers larger session packages.

Jeff Knapp, who designed the salt room in Evolve at Inner Journey Boutique & Healing Arts in Niles, said he normally uses an albuterol inhaler for his asthma.

The walls of the center’s salt room are lined with translucent blocks of pink Himalayan salt with lights set behind them, giving the room a warm glow. Chunks of Himalayan salt cover the floor, making walking around in there like walking on a rocky beach.

The center opened in 2011, and added the salt room in 2015. At the time, it was the 39th salt room in the United States, according to owner Cindy Hawk.

New moms have breastfed in the room, and some people have even stayed the night, according to Knapp.

The center charges $20 for half an hour in the room and $30 for an hour, but prices vary based on other services offered, such as massages.

Hawk said she feels a difference after working in the room all day. The center markets the room as a meditative space for stress relief.

“I have seen people get benefits from it,” Hawk said. Still, she said she doesn’t believe it’s a cure-all. “Everyone’s different, but nothing fixes everything.”

Several studies have offered hints that halotherapy could help with various ailments.

According to Uppala, “while some studies on salt therapy have yielded interesting results, there is not enough scientific information to conclude that salt therapy is effective for asthma and (chronic obstructive pulmonary disease) or safe for everyone to use.

“A few studies have shown improvement in respiratory function, mostly in children,” she said. Other studies showed improvements in muscle function.

However, a 2014 review of the existing studies on salt therapy found that of the 151 studies conducted on salt therapy worldwide, only a few met the "gold standard" of scientific studies – a randomized controlled trial.

A randomized controlled trial is an experiment that is designed to avoid as many sources of bias as possible. In these studies, participants are randomly assigned to receive the treatment under investigation in the experiment, or they’re placed in a control group – where they receive a placebo, or the current standard treatment, such as an albuterol inhaler.

The study is “randomized” because the researcher does not control who ends up in which group, but instead randomly assigns them.

Even those few gold-standard studies on salt therapy have only looked at groups of less than 100 people.

“If you want to generalize the benefits of scientific studies population-wide, you have to do studies on thousands of people,” Uppala said.

One such gold-standard study was a 2017 inquiry on halotherapy from the Journal of Pediatric Pulmonology. In a randomized, controlled trial on two groups of children (ages 5 to 13) with asthma, the study found that “a salt room with a halogenerator had some benefits on mild asthmatic children,” but the authors of the study could not recommend the treatment.

They said further studies are needed, including those that study larger populations – the study had just 29 participants – with more severe asthma.

The authors also recommended that future studies include long-term follow-up, as it was unknown whether the small improvements seen by their treatment group lasted beyond the study’s treatment period.

So, while the minor improvements seen in these small studies are interesting, and could point scientists in the direction of areas to further study, they don’t provide enough evidence for doctors to recommend that salt therapy could be an alternative form of therapy for someone with asthma or COPD – or any other ailment.

If someone says outright that salt therapy will cure or heal a disease or ailment, it’s not backed by scientific literature, Uppala said. Even if a study did show a large improvement in, say, lung function for adults with asthma, spas would have to recreate the same conditions of the study to guarantee the same results.