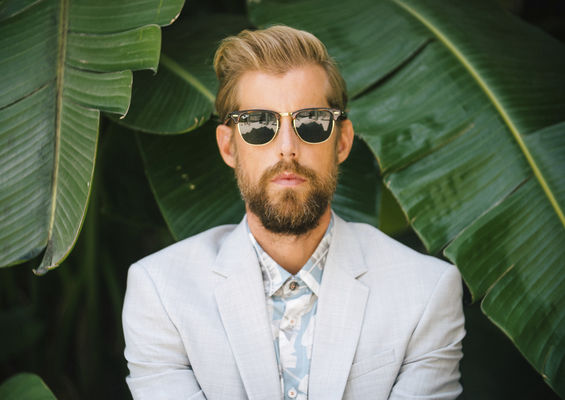 Andrew McMahon in the Wilderness headlines the inaugural Concert in the Vineyard on Friday night. 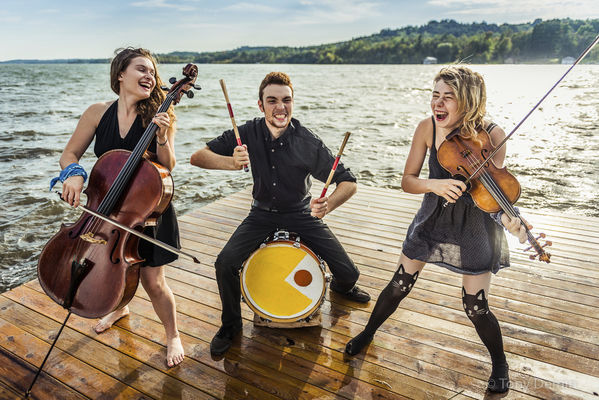 The Accidentals, comprised of Katie Larson, from left, Michael Dause and Savannah Buist, will join Andrew McMahon in the Wilderness for Round Barn's Concert in the Vineyard.

Andrew McMahon in the Wilderness headlines the inaugural Concert in the Vineyard on Friday night.

The Accidentals, comprised of Katie Larson, from left, Michael Dause and Savannah Buist, will join Andrew McMahon in the Wilderness for Round Barn's Concert in the Vineyard.

“I’m somebody who makes the song first for themselves and not so far as a secondary mission, hope that music reaches people,” he said in a recent phone interview. “When they make their way out into the world and touch others, that tends to stick with me.”

McMahon, under his moniker Andrew McMahon in the Wilderness, will headline Round Barn’s inaugural Concert in the Vineyard tomorrow night with special guest The Accidentals.

McMahon, who’s past projects include Something Corporate and Jack’s Mannequin, said he will dive into a little bit of everything during the performance.

“I think the beauty of having a deep catalog, and the tool of a great band and a piano and a voice, is it gives a lot of room to explore and have a really dynamic show,” he said.

Riding the wave of his newest album, “Upside Down Flowers,” he expects to mix in the old with the new, including his 2014 U.S. Billboard chart-making hit: “Cecilia and the Satellite.”

“My goal for people who come to one of our shows is I hope they leave with a sense of belonging and joy,” he said. “It’s emotionally broad, so there are really big fun numbers, where we get people up dancing, and a lot of the time, I jump into the crowd and dance with them. And there are some ballads that are more serious. I want them to leave feeling like they’ve seen a good movie.”

For McMahon, who is a survivor of acute lymphoblastic leukemia, his music is a form of therapy, or catharsis.

“I first started writing music to cope with a difficult life situation,” he said. “At its best, those experiences resonate universally, and people find themselves in those lyrics and the sounds we build around them.”

McMahon said while some of this songs explore fiction when the mood strikes him, there’s always an overarching story about what he’s facing at the moment or from his past.

Sometimes it’s more joyful, like the birth of his daughter in “Cecilia and the Satellite,” or more serious, like his move from Ohio to California as a kid in “Ohio.”

Outside of music, McMahon founded the Dear Jack Foundation to raise money and help adolescents and young adults going through and recovering from cancer.

“Adolescents and young adults include a broad range: 15 to 39 years old,” he said. “Come to find out they have the worst survival ratings of surgical patients, and the ones who survive have lots of psychological and social issues. Dear Jack has started programs to help with that process for these people.”

McMahon said starting programs to help survivors be successful after cancer, and wellness retreats for survivors to attend with their families, have been very successful recently.

“We’re trying to raise $300,000 right now – the highest goal we’ve ever set for ourselves,” he said. “Those who donate are entered into a chance to get a personal concert by me in their living room where they pick the set list. Reaching out to people about this foundation through my music is a big way we get the word out. We’re excited to get out to the Round Barn and play some music for you.”

What: Concert in the Vineyard featuring Andrew McMahon in the Wilderness with special guest The Accidentals