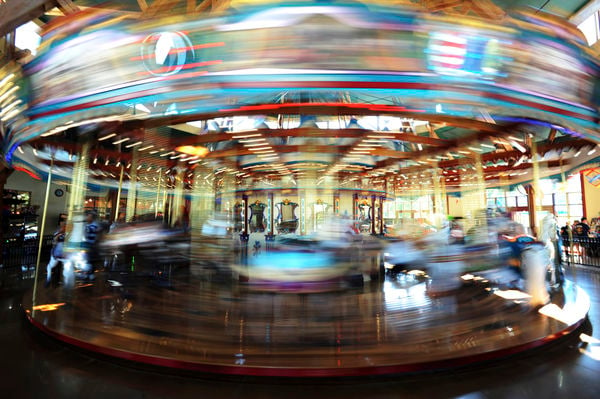 The Silver Beach Carousel will celebrate its 10th birthday with four days of fun, starting today. 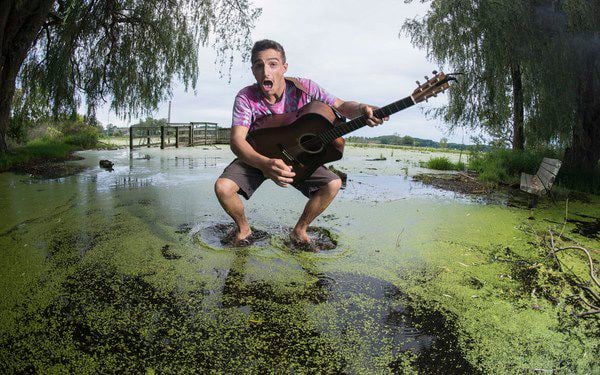 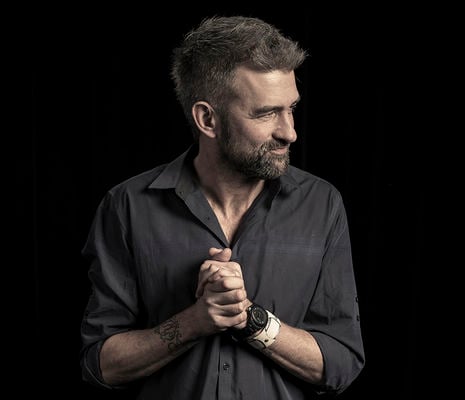 Brian Vander Ark returns to The Livery on Friday night.

ST. JOSEPH — It’s been 10 years since the Silver Beach Carousel made its return to St. Joseph, so a birthday celebration is in order.

Starting today and continuing through Sunday, visitors to the carousel can get 50-cent popcorn, throwback pricing, and photo-ops with the “Birthday Hippo.”

The hippo is one of the public art figures that was in downtown St. Joseph. It was decorated by a local artist in a birthday theme.

Other events and giveaways throughout the weekend include drawings, blinky rings and surprise prize rides.

The carousel is an ode to the one at the former Silver Beach Amusement Park, and took a team of volunteers 13 years to open.

For more info about the party, visit the Silver Beach Carousel’s Facebook page or www.silverbeachcarousel.com.

Brian Vander Ark kicks off his 2020 at The Livery

BENTON HARBOR — The lead singer for the multi-platinum West Michigan alternative rock band The Verve Pipe is returning to The Livery, 190 Fifth St.

“An Evening with Brian Vander Ark” will begin at 8 p.m. Friday in what is being described as a rare solo performance.

Vander Ark, a Grand Rapids resident, has had a successful solo career apart from The Verve Pipe, which includes four studio albums. He also released an album of songs written with actor/musician Jeff Daniels in 2017.

In 2007, he created the Lawn Chairs and Living Rooms House Concert Series, and has played more than 700 shows in his fans’ homes.

The Verve Pipe’s hits “Photograph” and “The Freshmen,” were staples of the mid-1990s, with the band regrouping in 2009. Its next performance is in February in Detroit.

Tickets are $20, and are available online at liverybrew.com.

Adams was inspired by the song “99 Bottles of Beer on the Wall” as well as the fact that he just turned 21.

On the tour, which he kicked off in September at The Livery in Benton Harbor, he’s traveled all around Michigan, to Indiana, Kentucky, Illinois and even Canada, visiting 100 breweries in 100 days.

He’s calling his final stop “The Last Bottle,” and it will include a screening of his music video for “99 Bottles of Beer on the Wall,” which he’s been filming at each stop along the tour.

Adams said the tour has been nothing short of an adventure.

As for what’s next, Adams said he’s going to rest for “at least three days,” then get back to playing music on the weekends and taking some college classes. He also wants to record a new album and set up another tour like this one.

For more information about his final shows, including tonight in Grand Rapids and Friday in Saugatuck, find St. Joe Jack on Facebook, or visit www.stjoejack.com.