You have permission to edit this article.
Edit
Home
News
Features
Opinion
Sports
Obituaries
Archives
e-Edition
Subscribe
Photo Reprints
Classifieds
How Do I?
1 of 5 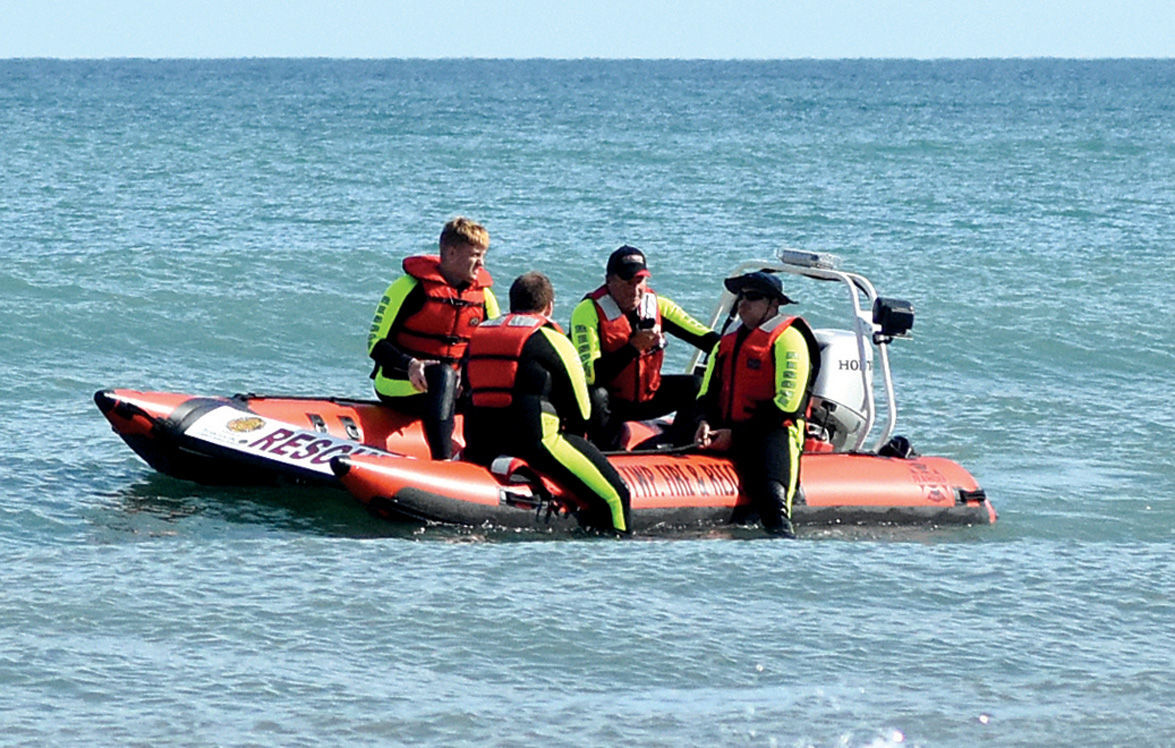 A boat searches for a 13-year-old drowning victim in the water off Warren Dunes State Park in Berrien County on Friday morning. 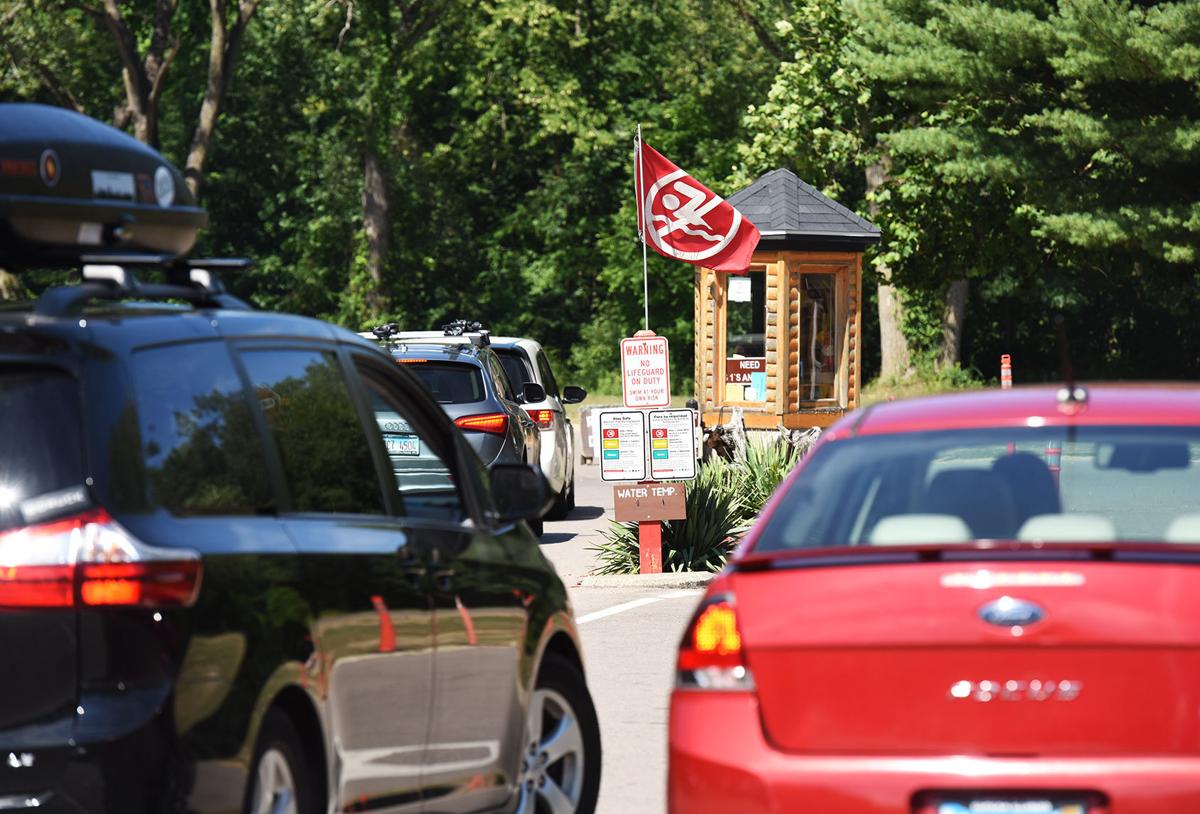 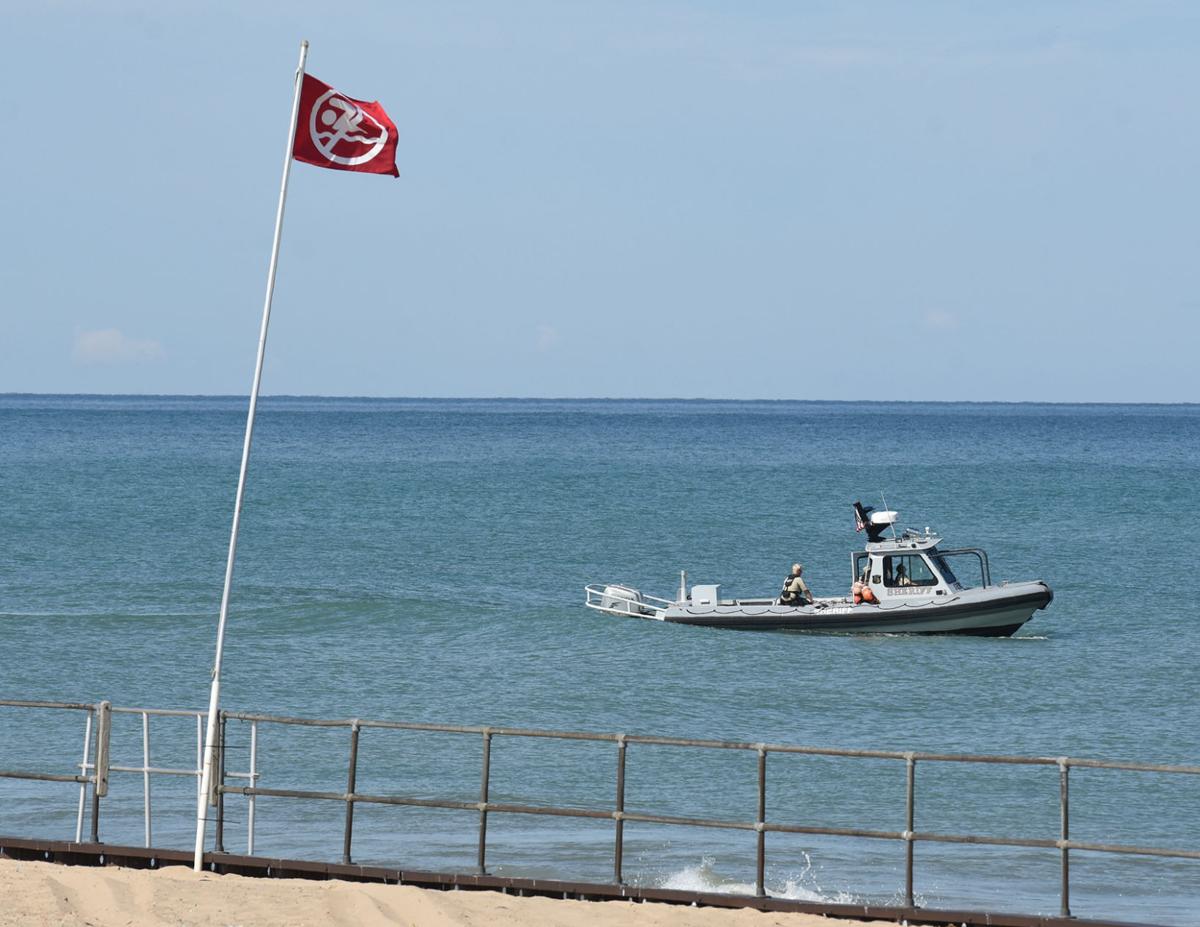 A Berrien County Sheriff Marine Division boat motors off the beaches at Warren Dunes State Park Friday morning near Bridgman in the search for a teenage girl presumed to have drowned on Thursday. 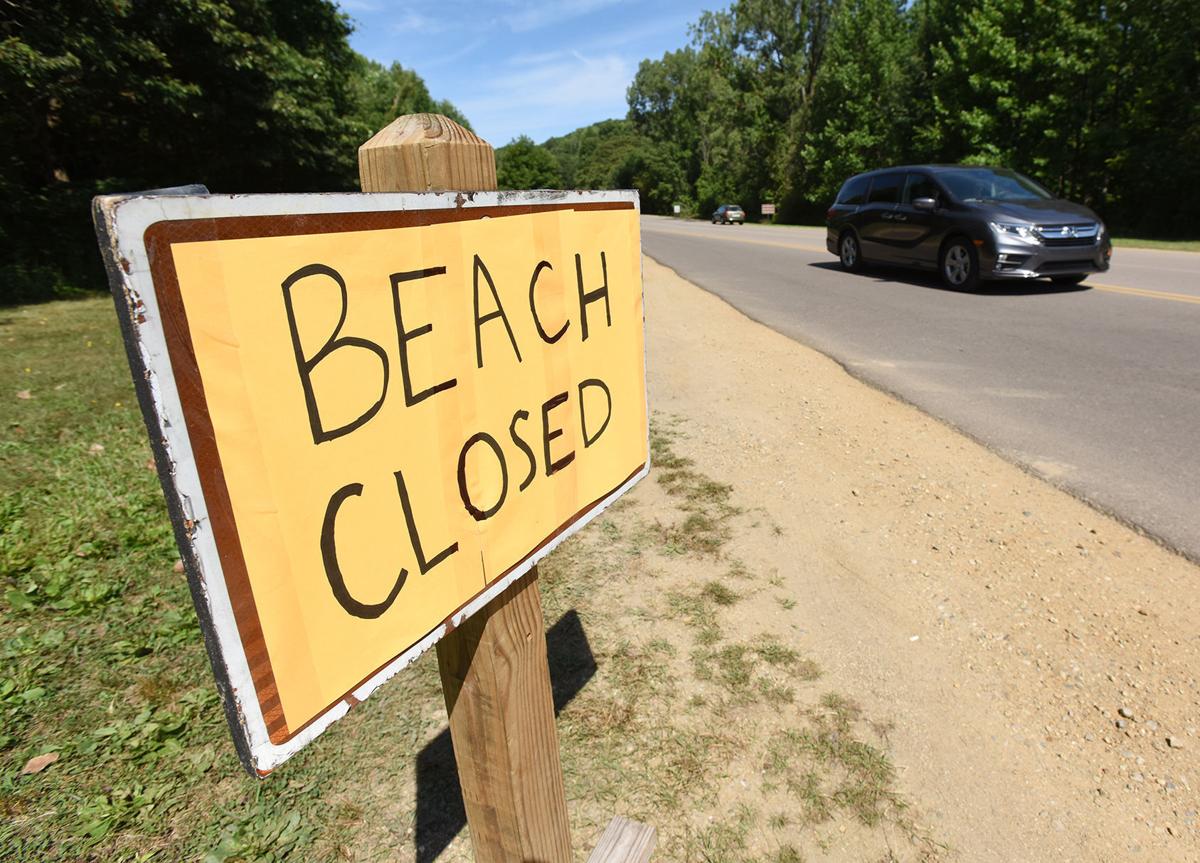 The beaches at Warren Dunes State Park near Bridgman remain closed Friday morning as crews search for a teen girl presumed to have drowned in Lake Michigan. 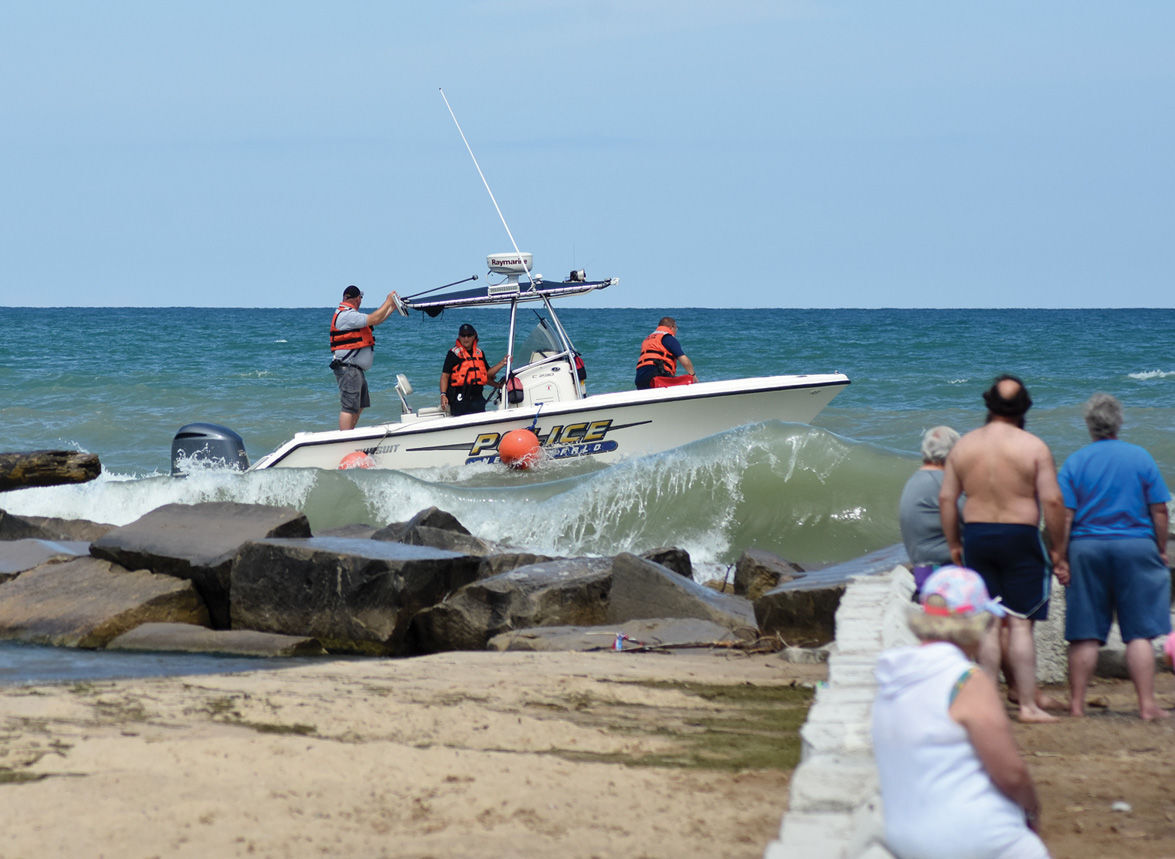 A boat searches for a 13-year-old drowning victim in the water off Warren Dunes State Park in Berrien County on Friday morning.

A Berrien County Sheriff Marine Division boat motors off the beaches at Warren Dunes State Park Friday morning near Bridgman in the search for a teenage girl presumed to have drowned on Thursday.

The beaches at Warren Dunes State Park near Bridgman remain closed Friday morning as crews search for a teen girl presumed to have drowned in Lake Michigan.

Swimmers at three different beaches along Berrien County’s shoreline ventured into the heavy surf Thursday evening and did not return, writing one of the deadliest chapters ever for the beautiful but hazardous coastline.

One man apparently drowned in St. Joseph on Thursday while attempting to rescue his kids who were struggling in the water, one young girl drowned at Warren Dunes, and a recovery effort was underway all day Friday in New Buffalo for another apparent Lake Michigan drowning. All three swimmers were not from the area.

The drowning victim in St. Joseph was a 44-year-old man from Lakeville, Ind. According to a news release from St. Joseph police, the man went into the lake after his children, ages 17 and 12, were struggling in the heavy surf off Lions Park Beach around 8 p.m. Thursday.

The two kids were then rescued by St. Joseph Reserve Officer Everett Gaston. However, the man did not make it and he was later pronounced dead at Lakeland Medical Center, St. Joseph.

His name was not released by officials.

According to the release, two more swimmers were caught in a strong rip current around the same time, but they were rescued by Fabian Weber, who was on a surfboard. Weber managed to pull Meghan Lynch and Vincent Ball onto his board, police said.

This was the second drowning off Lions Park Beach this month. An Illinois woman drowned a couple of weeks ago after she and her sister were caught in the same type of heavy surf that roiled Lake Michigan waters Thursday evening.

Berrien County Undersheriff Chuck Heit said the water was exceptionally rough Friday, making it difficult for sheriff vessels and the Coast Guard to conduct its search.

At about 12:36 p.m. on Friday, Chikaming Township police received a call for a body that had washed up on the shoreline near Pier Street beach in Lakeside. Officers soon confirmed it was the missing 13-year-old swimmer from Warren Dunes.

Her name was not released, but she was identified as an Otsego resident. No other details of the drowning were released.

The beach at Warren Dunes was closed for most of Friday to all beachgoers as crews searched for the young victim. The county had a dive team and marine unit conducting the search with help from adjacent agencies.

Heit said the search began again in the early hours Friday after it became too dark Thursday night.

Efforts were also underway Friday in New Buffalo to recover a 24-year-old man from Missouri who also is presumed drowned.

Emergency responders were called to the municipal beach around 7:30 p.m. on reports of a missing swimmer. The man’s name has not been released.

New Buffalo Police Chief Rich Killips said the missing man is a contractor who was doing work in the area. He was accompanied by a few friends who had never been to Michigan and wanted to see the beaches.

“The three of them were wading in the water,” Killips said. “Something happened where the subject was out deeper and was swept away by the undertow.”

A helicopter and boats could be seen searching near the shore and break wall, and red flags were posted warning people not to go into the water.

Heit said all county and municipal beaches had warnings out Thursday about the dangerous conditions.

“You’ve got to respect Lake Michigan. As we saw across the shoreline along the county, the rip currents were strong that night,” said Heit, noting that all three apparent drownings occurred within a three-hour span. “We haven’t seen that many since a July Fourth weekend several years ago.”

Heit may have been referring the deadliest local beach day in recent memory, when six swimmers died on the July 4 holiday in 2003, and a seventh man died from a heart attack after struggling in the strong currents.