If you need to purchase a subscription.
You are the owner of this article.
Edit Article Add New Article
You have permission to edit this article.
Edit
Home
News
Features
Opinion
Sports
Obituaries
Archives
e-Edition
Subscribe
Photo Reprints
Classifieds
How Do I?

Newly proposed congressional lines in Michigan could mean U.S. Rep. Fred Upton would run against another Republican incumbent in 2022.

All of the maps create a new district along the southern Michigan border, and in one map it stretches from Lake Michigan to Lake Erie, dividing Berrien County into two different districts.

Because all of the proposed maps are projected to group St. Joseph and Holland in the same districts, their adoption would result in Upton, R-St. Joseph, facing off against U.S. Rep. Bill Huizenga, R-Zeeland, who represents what is currently the Second Congressional District.

Upton said there were too many unknowns to speculate about his next moves, referencing possible court challenges.

“It’s sort of ‘la la land’ in terms of what’s going to happen,” Upton told The Herald-Palladium this week. 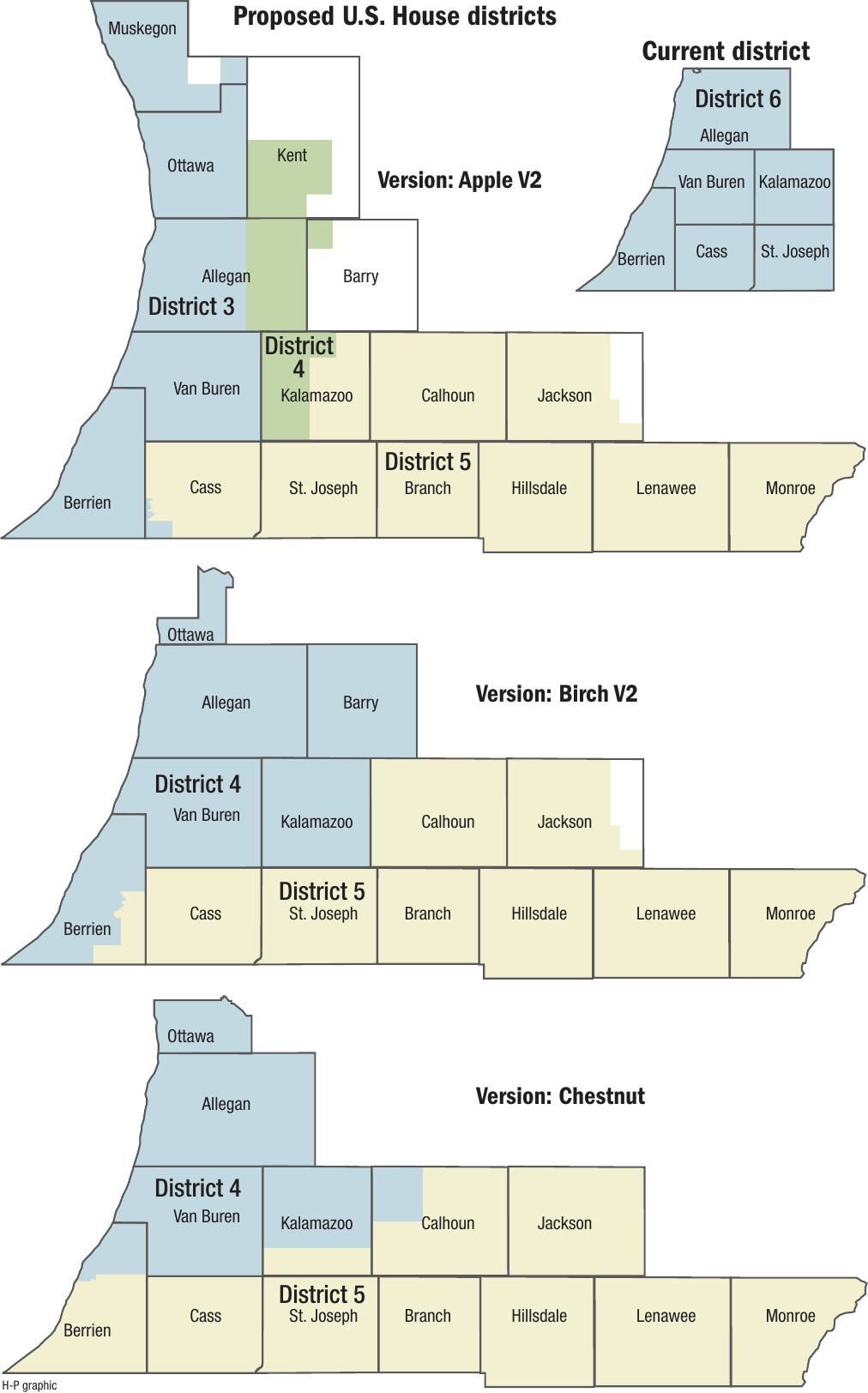 Upton has cast himself in a much more moderate light in recent years, said Tiffany Bohm, a political science professor at Lake Michigan College, referencing his break with the GOP over infrastructure. This moderate approach might help him in coming elections, Bohm said.

“(Upton’s) got a pretty strong foothold,” she said.

Bohm said Upton would likely take more of his voters into the proposed maps than Huizenga would.

Additionally, all of the maps place Three Rivers, the home of Upton’s Trump-endorsed challenger, state Rep. Steve Carra, in a different district. Carra, R-Three Rivers, criticized Upton for his support of the infrastructure bill and impeachment earlier this week on his social media accounts.

Upton told The HP on Monday that he intends to decide whether to run for reelection during the election year – a longstanding practice for the congressman.

“(The new maps will) be a factor when we decide whether we’re gonna run for reelection or not,” Upton said. “We haven’t made that decision yet. We’ve never made it a year out. It’s always been the same year.”

Bohm said the redistricting commission didn’t set out to make red or blue districts, but certain communities of interest could result in districts with strong partisan leanings.

According to last year’s election data, shoreline communities, particularly in Southwest Michigan, tend to vote for Democrats. The shoreline district could be more competitive than in year’s past, Bohm said.

“We actually have a large, progressive or liberal-leaning population along the shoreline, some influence from Chicago,” she said.

These voters are generally affluent, Bohm said. By stretching out the district, the voting population becomes more diverse, and the district more competitive.

The maps are being redrawn as Michigan is set to lose a congressional seat, creating 13 districts.

“The sad news is that we lose a congressional seat, and our district has been pretty much the same for the last number of decades – almost a perfect square,” Upton said. “There’s no gerrymandering here in Southwest Michigan.”

The commission’s criteria ranked keeping “communities of interest” together over considering county and municipal boundaries.

In a media event on Wednesday, commission members said the next steps would involve listening to public comments from residents.

Michigan voters voted the commission to perform redistricting in 2018. The process, which previously had been done by the Legislature, is required after every 10-year census.