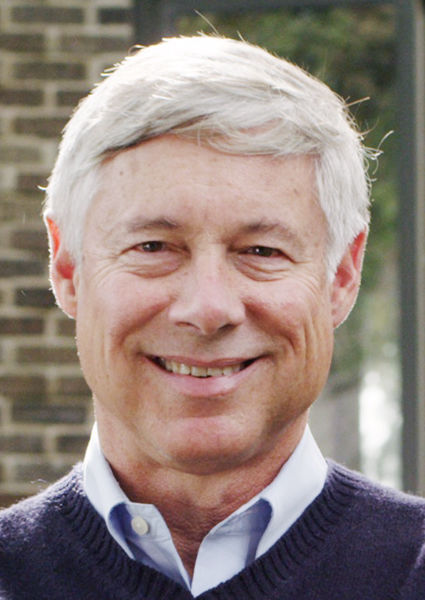 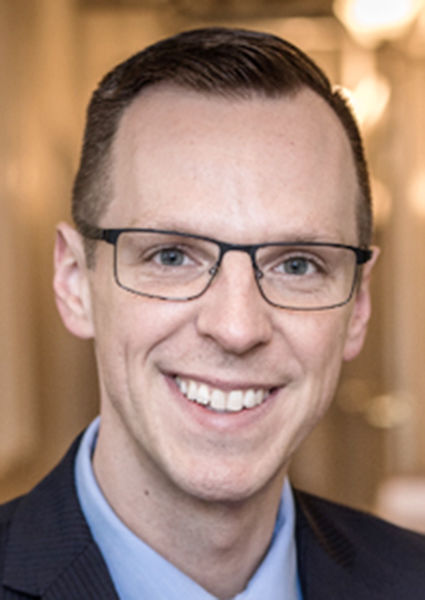 However, the incumbent faces Democrat Jon Hoadley, who has more political experience than the congressman’s usual challengers.

Upton, 67, was first elected in 1986. He announced his intentions to run for re-election much later in the election cycle than in previous years, leaving supporters to wonder whether he would seek another term.

“Regardless of what happens in November, we are going to have a closely divided Congress,” Upton said. “But we feel like we are poised to move forward based on the number of successes we had earlier this year.”

Hoadley, 37, is completing his third and final two-year term in the Michigan House of Representatives representing District 60, which encompasses the city of Kalamazoo and the majority of Kalamazoo Township. He was first elected in 2014.

“At the heart of what I want to do, I think we should be making people in our communities the center of our decisions,” Hoadley said. “One area is health care. We’re in the middle of a global pandemic and I believe more people should have health care.”

In the August primary, Upton secured 62 percent of the votes to defeat challenger Elena Oelke. Hoadley claimed 52 percent of the overall vote against fellow Democratic Jen Richardson in the primary.

Hoadley, D-Kalamazoo, hopes to pick up where 2018 Democratic challenger Matt Longjohn left off. Longjohn had pushed Upton in a tight race that Upton claimed by a margin of 4.5 points.

Upton, R-St. Joseph, said he will focus on passing legislation to encourage job creation, protect taxpayers and enhance the quality of life for everyone in Southwest Michigan.

He said he wants to expand the Problems Solvers Caucus to 50 members and help develop the North American Energy Independent Plan. However, Upton said the biggest challenge now facing Southwest Michigan is COVID-19.

“We want to restore our way of life and that’s not going to happen until we have a vaccine and better testing,” Upton said. “In the meantime, we have to provide a lifeline to our businesses to stay economically afloat.”

If elected in November, Hoadley said he plans to focus heavily on a constituent service office in an effort to connect with residents. He also wants to hold town halls every quarter of the year to take questions and provide updates to constituents.

“We have so many people in Southwest Michigan who need a little bit of help so they can age with dignity at home,” he said. “I want to expand those programs and have added protections in place so caregivers can earn enough to provide for their own families.”

What does each candidate want for the next stimulus package?

Upton said it depends on how long the stimulus package would last. He predicts about $2 trillion going toward the next stimulus package, and is in support of each resident receiving another $1,200 stimulus check.

“This is a crazy time. This has been rough on a lot of people,” Upton said. “The faster we get out of this, the better we will be.”

Hoadley said he favors residents getting the same amount – or more if an agreement can be made – from the check residents received in the spring. He said there needs to be ongoing support for small business owners and those who are unemployed.

“They need long-term help and we owe it to those folks so their lives don’t suffer,” Hoadley said. “I want state and local government support as well. This is the time when we should be investing more in America. If we don’t see a stimulus package to include support for emergency responders and public safety, then we will be in a really difficult spot.”

Hoadley and Upton have both been paying attention to the presidential campaigns. However, one is taking a hands-off approach for the Nov. 3 election.

Upton said he is not endorsing a presidential candidate, but intends to “support his party’s ticket.” The president’s various controversies since his election have put pressure on moderate Republicans like Upton, to at times put distance between themselves and Trump.

“I’m endorsing him because he has experience,” Hoadley said. “I support the plans that he’s proposed and the work he’s done on issues ranging from social equality to health care to criminal justice reform. He is moving us in a direction we need to go.”

Upton said he believes voters will elect him to an 18th term in Congress based on his record.

“I think most people want bipartisanship. There’s rarely a piece of legislation I’ve worked on that hasn’t been bipartisan,” Upton said. “Whether it is oil spill legislation for the Great Lakes, immigration reform or working with farmers, I have a lot of friends on both sides of the aisle.”

Hoadley said voters will choose differently this November because his opponent has “failed to deliver on issues over his 34 years in office.

“Health care’s gotten worse, the environment has faced so many problems and schools are struggling,” Hoadley said. “He’s gotten 17 chances to deliver on these issues. I’m asking for one chance. Give me a shot on tackling the biggest issues that our families are facing.”

In addition to Hoadley and Upton, members of the Libertarian and Green parties will also appear on the Nov. 3 ballot.

Libertarian Jeff Depoy is a machinist and military veteran from Berrien Center.

Green Party candidate John Lawrence is a medical dispatcher and logistics and courier transporter from Kalamazoo.