If you need to purchase a subscription.
You are the owner of this article.
Edit Article Add New Article
You have permission to edit this article.
Edit
Home
News
Features
Opinion
Sports
Obituaries
Archives
e-Edition
Subscribe
Photo Reprints
Classifieds
How Do I?

Candidates had to file by 4 p.m. Tuesday to be on the primary ballots for their party in August.

Incumbent state Sen. Kim LaSata will try to hang onto a Senate seat by changing addresses. Following the redistricting in state boundaries, she was positioned in the 20th District. However, LaSata moved her primary residence to another part of Berrien County to run in the 17th District. The change was seen as a way to avoid conflict with another incumbent senator in the 20th District.

LaSata, R-Niles, will face challenger Jonathan Lindsey, R-Bronson, in the Aug. 2 primary election for a four-year term in the 17th District. The winner will face Scott Rex Starr, D-Coldwater, in the Nov. 8 general election.

All three candidates paid the $100 filing fee rather than gathering nominating petition signatures to get their names on the ballot.

The 17th District includes the southern part of Berrien County, all of Cass, St. Joseph and Branch counties and parts of Calhoun, Jackson and Hillsdale counties. 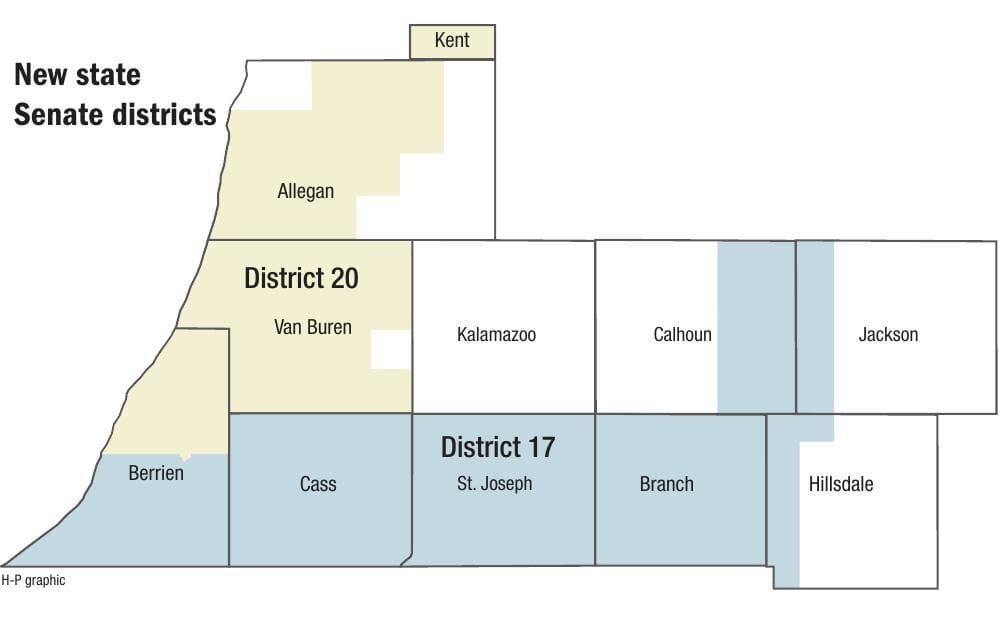 The winner of the primary will face Kim Jorgensen Gane, D-Benton Harbor, in the November general election.

All four candidates paid the $100 filing fee rather than gathering petition signatures.

The 20th District encompasses all of Van Buren County, except for Antwerp Township and the Village of Mattawan; the top half of Berrien County, which includes St. Joseph and Benton Harbor; most of Allegan County, except for areas surrounding Holland, Plainwell and Otsego; and a small portion of Kent County that includes Byron and Gaines townships, along with Byron Center in southern Kent County.

Two Democrats and three Republicans will compete for the 38th state House District.

One Democrat and one Republican will move on to the November general election. Incumbent state Rep. Mary Whiteford, R-Casco Township, could not run for reelection due to term limits.

That district includes parts of Berrien, Van Buren and Allegan counties. It hugs about 75 miles of the Lake Michigan Shoreline from the Indiana state line through Berrien County to north of Douglas in Allegan County. The new district created as part of Michigan’s Citizens Redistricting Committee’s plan for voting districts also includes part of Van Buren County. 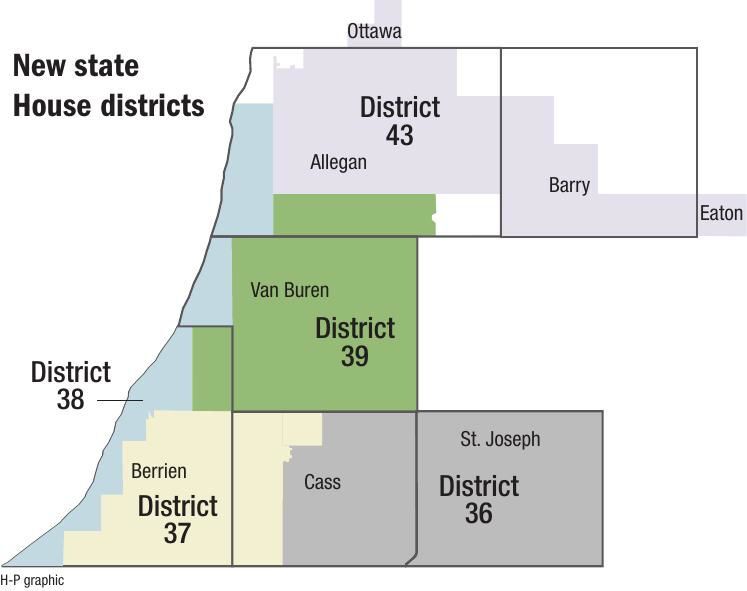 In the 39th state House District, which includes most of Van Buren County and parts of Berrien and Allegan Counties. Incumbent state Rep. Pauline Wendzel, R-Coloma, is being challenged by Matt Nilson, R-Harford, with the winner squaring off in November against Jared Polonowski, D-Otsego.

This story has been updated to add Troy Rolling, R-Benton Harbor, as a candidate in the 38th state House District.