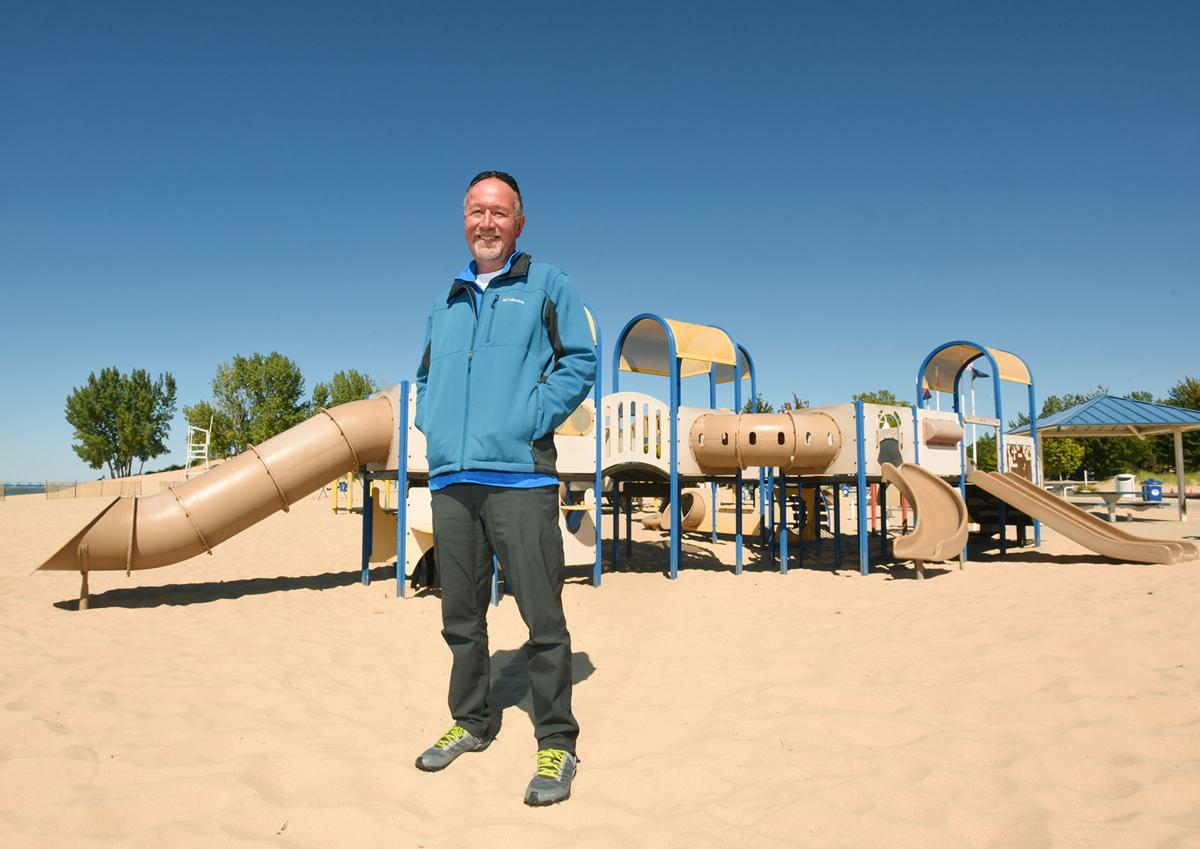 Brian Bailey, director of Berrien County parks, hopes the passage of Proposal 1 in November will help pave the way for infrastructure improvements at area county parks, such as the replacement of aging playground equipment at Silver Beach County Park. 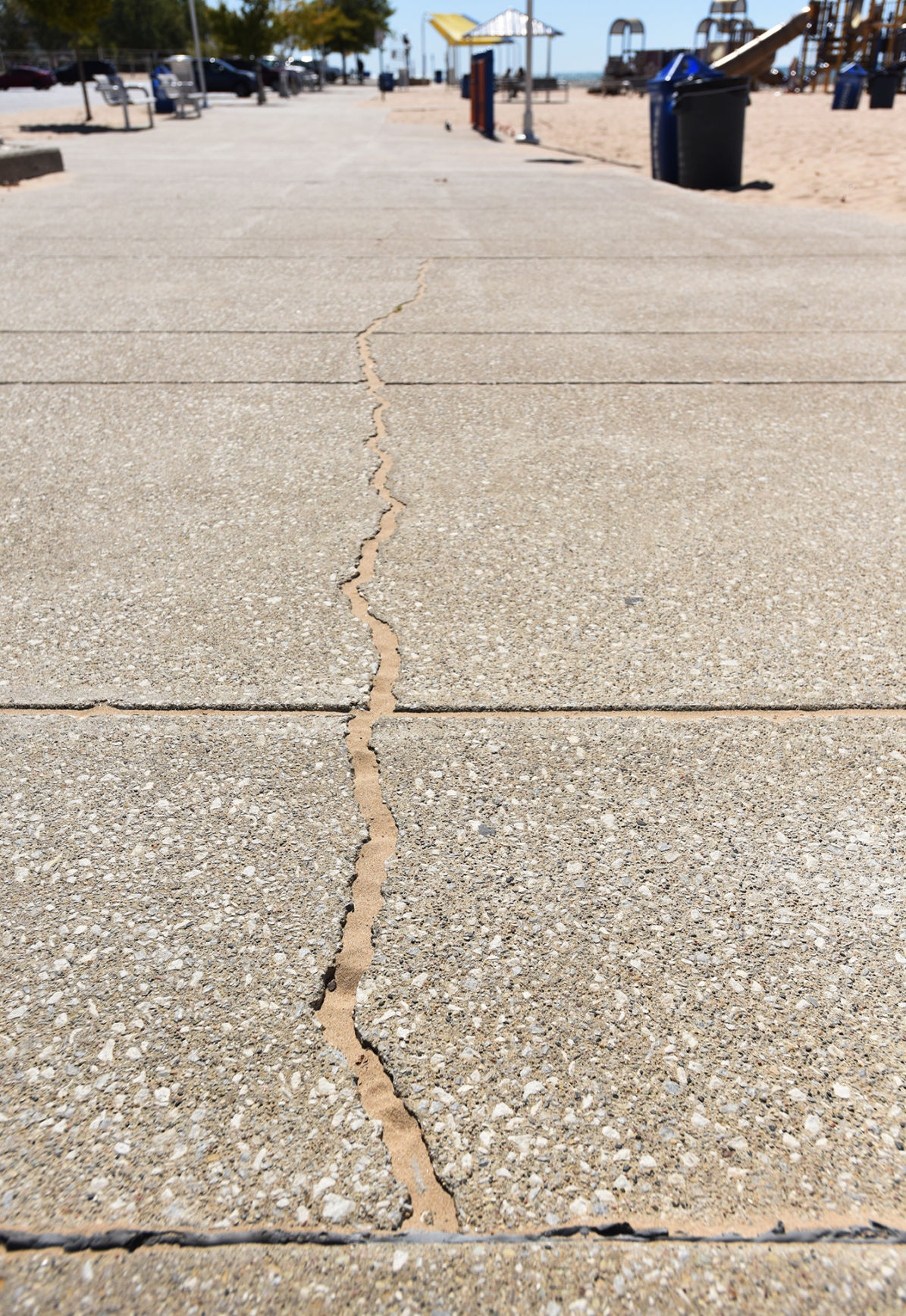 Sidewalk cracks and broken pavement are a concern at Silver Beach County Park. 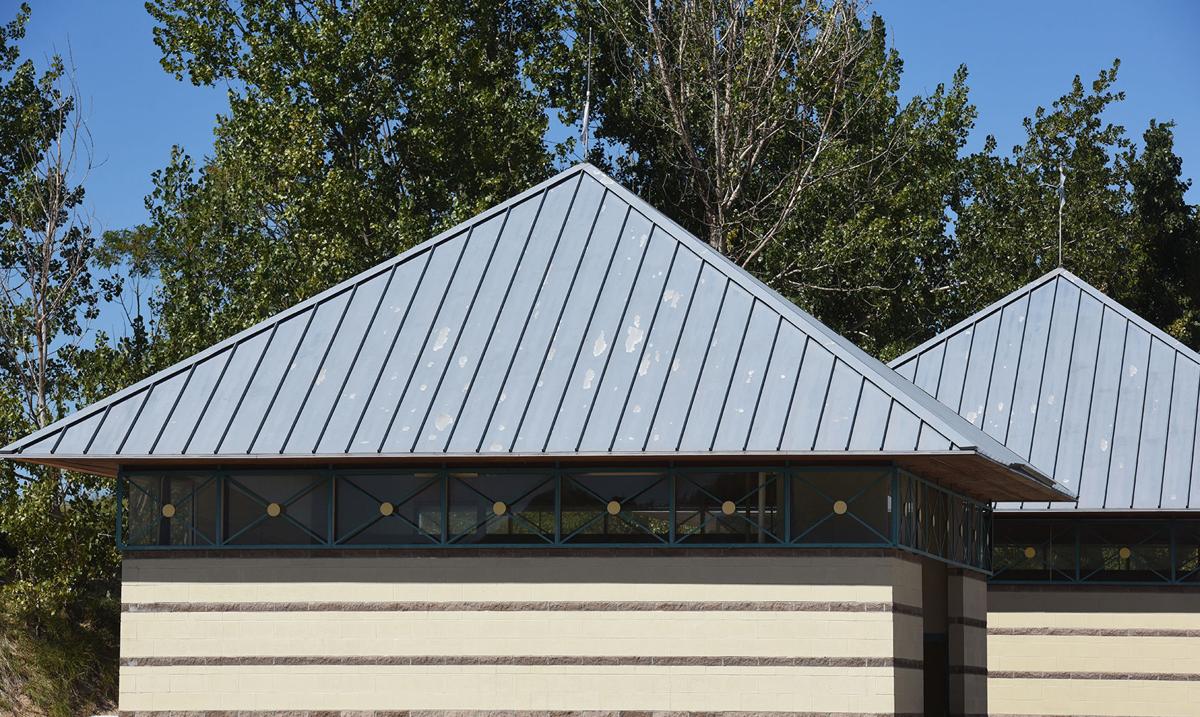 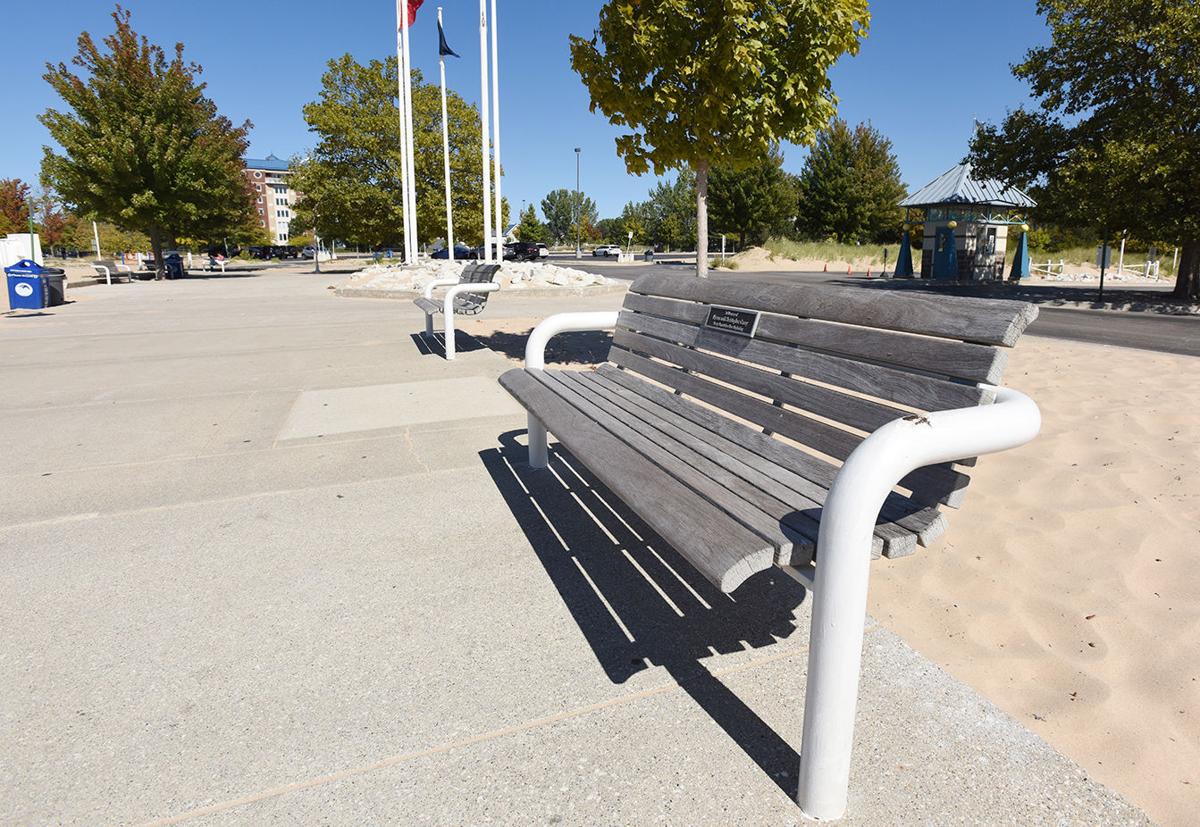 Brian Bailey, director of Berrien County parks, hopes the passage of Proposal 1 in November will help pave the way for infrastructure improvements at area county parks, such as the replacement of aging playground equipment at Silver Beach County Park.

Sidewalk cracks and broken pavement are a concern at Silver Beach County Park.

ST. JOSEPH — Voters this election cycle are being asked to consider changing some particulars in how the state funds recreational projects through the Michigan Natural Resources Trust Fund (MNRTF).

The issue, a technical one, makes up Proposal 1 on the ballot. If approved it would give officials more flexibility in how trust fund money is spent on projects, as well as change the overall parameters of the fund.

Silver Beach County Park in St. Joseph, with its pristine sand and view of the lighthouse, exists as a public treasure thanks to the MNRTF, said Bailey. Proof of its success is that some travel websites, including Tripadvisor, list Silver Beach as one of the top beaches in the United States.

Bailey said the county got $3 million in MNRTF money in the early 1990s to buy Silver Beach, with LECO Corp. donating $1 million in land value as the required 25 percent local match.

“All of our parks have received trust fund dollars except the 1839 courthouse (in Berrien Springs), which didn’t become a county park until 2012,” he said.

Berrien County has received more than $21 million for over 50 projects from MNRTF since it was created in 1976. Across the state, MNRTF has funded more than $1.1 billion in projects.

The playground at Silver Beach was constructed with $100,000 in trust fund money in 1992, but it is aging and needs to be replaced, Bailey said. But the way the trust fund is now set up, redevelopment is not a high priority.

If approved, Proposal 1 would give MNRTF more flexibility in how the money is spent.

As it stands no more than 25 percent of fund money allocated each year can be spent on redevelopment, with the rest spent mostly on land acquisition.

If Proposal 1 passes, the formula will change to say that at least 25 percent – and possibly up to 75 percent of the money allocated each year – can be spent on redevelopment.

Even with approval of Proposal 1, Bailey said there is no guarantee that a new playground at Silver Beach would receive funding, but it would make it a lot more likely. He said the Silver Beach playground equipment is just one example of many projects created with MNRTF money that are reaching the end of their viability.

“If you put in a playground in 1977, it is out of date and needs to be replaced,” he said. “Well, municipalities don’t have $100,000 to replace a playground. We’re scrambling back to the trust fund saying we need to rethink how we spend those dollars.”

Bailey estimated that it will cost $250,000 to replace the Silver Beach playground equipment.

“We spend thousands of dollars every year maintaining our playgrounds and replacing broken parts but at some point, you have to replace it,” he said.

The trust fund was created after oil companies found billions of dollars worth of oil and natural gas in the northern part of Lower Michigan in pristine areas of the state, Bailey said.

A fight between oil companies and environmentalists was settled after the oil companies agreed to set aside money so that other areas of the state could be acquired for natural areas.

Proposal 1 would also remove the cap on how much money can be put into the MNRTF.

Craig Thiel, director of Citizens Research Council of Michigan, said that originally the trust fund was to receive $200 million from the oil companies before the money was shifted to go into the state’s general fund.

Over time, he said changes were made, including putting the MNRTF into the state constitution in 1984.

A yes vote on Proposal 1 would mean that after the fund reaches capacity, the money would go into MNRTF with no cap.

Thiel said that the Citizens Research Council does not take stances on ballot proposals, but gives out information.

He said that no one knows what the state’s budget will look like in 20-30 years, and that with all of the changes made to the MNRTF over the decades, the end game was always that the money was to at some point start going into the state’s general fund.

Proposal 1 would change that, which could be viewed as a reason to oppose the measure.

“What is the state’s highest priority going to be in 30 years?” he said. “If this isn’t going to be an issue for 30 years, why are we voting on it now?”

If approved, Proposal 1 will tie the hands of legislators in the future, he said.

An analysis of Proposal 1 by CRC can be found at crcmich.org/research. Click on “Statewide Ballot Proposal 20-1: Michigan Natural Resources Trust Fund.”

CRC is holding a webinar about the proposed constitutional amendments on the November ballot, at 10 a.m. Thursday. More information can be found at crcmich.org/event.

Rebecca Mahar, campaign manager at Vote Yes for MI Water, Wildlife & Parks, said that Michigan has a strong history of supporting outdoor recreation, with more than 30 environmental and conservation groups joining business, labor and community leaders from across the state to support the passage of Proposal 1.

“It will allow us to continue Michigan’s legacy of conservation and recreation and increase access to our beautiful outdoor spaces for our future generations,” she said.

Bipartisan support was evident in 2018 when state legislators unanimously approved putting Proposal 1 on the ballot for this November, Mahar said.

“A lot of Lake Michigan beaches up and down the shoreline have received money from the trust fund,” she said. “There has been a tremendous impact in every corner of the state through the trust fund. Proposal 1 will allow us to continue to do these investments in communities.”

She said they are taking a proactive step to protect the stream of money for outdoor uses.

“We can’t know for sure how long it will take for the state park endowment fund cap to be reached because it depends on the demand and the cost of the minerals that are being extracted,” she said. “We want ... to make sure that when the cap is reached, instead of losing this revenue stream, we make sure it is continued towards conservation and recreation.”

Conan Smith, president and CEO of the Michigan Environmental Council, said that the MNRTF has quietly done its work for decades.

He said that before he started working on the Proposal 1 campaign a year ago, he didn’t know that a trail near where he grew up in Ann Arbor had been funded by the MNRTF.

“The trust fund’s projects have touched almost everyone’s lives in the state,” he said.