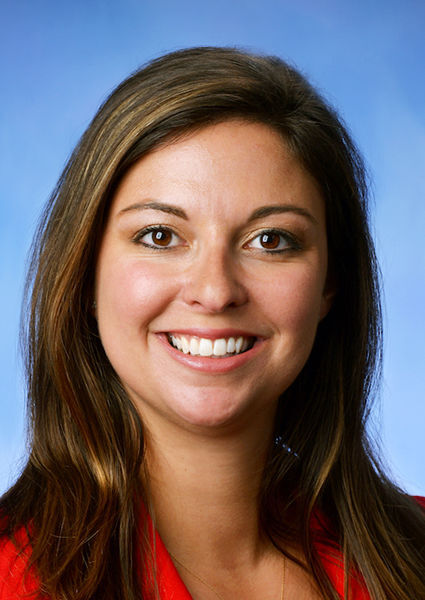 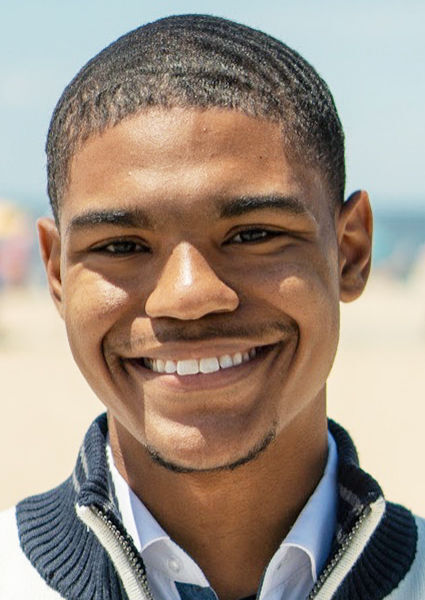 ST. JOSEPH — Chokwe Pitchford loves being told, “You can’t do this.”

He believes young people can do great things, and that “you can be a great state representative at any age.”

Pitchford, now 21, was 20 when, a year ago at The Phoenix in Benton Harbor, he launched his campaign for a seat on Michigan’s House of Representatives. Pitchford, a Democrat, was prepared to campaign hard against Republican incumbent 79th District Representative Pauline Wendzel.

Wendzel, 30, of Watervliet, was elected in November 2018 and is running for another two-year term.

A graduate of Watervliet High School, Wendzel has a bachelor of arts degree in anthropology and food industry marketing from Michigan State University.

Pitchford is a 2017 graduate of Countryside Academy, is one class away from an associate degree in political science from Lake Michigan College, and said he plans to continue his education while in office.

Pitchford said he was 9 years old when his mother woke him up in the middle of the night screaming that “Barack Obama just won the presidency!”

“I said, ‘Who’s Barack Obama and why is his name weird?’ Kind of like my name – Chokwe (pronounced Sho-kway).”

“Pete and I had a personal phone conversation,” Pitchford said. “This endorsement, to me, is representative of how when you work hard, you stay at it, and you keep pushing your message, you will be heard on the national level.”

Pitchford said he talked with Buttigieg about the divisiveness that is hurting the country.

“I just impressed upon him that whatever position he gets in, we have got to find a way to bring this country back together, because we are terribly divided right now. We’re better than this. This country has been through some terrible things and we’ve always found a way to come together,” Pitchford said. “I think it’s incumbent upon our representatives, politicians, public servants, to use their platform to bring people together, not divide us.”

Pitchford said that if elected, his first two big proposals will center around health care reform and jobs, particularly in the skilled trades.

That is one area in which he and his opponent strongly agree.

Wendzel said that before the COVID-19 pandemic hit, she was working with Kinexus and with the high schools and colleges, to determine what they needed from her in terms of bringing back the skilled trades.

“For a lot of today’s jobs, there are just not enough people,” Wendzel said. “About a year ago I attended an event at Lake Michigan College for eighth-graders, where employers talked with a lot of students. There were booths set up to show the kids some of the options. There are more options than a four-year degree.”

Pitchford said he’s working on a plan he calls Opportunity For All that would bring back skilled trades.

“We’ve got to re-invest in skilled trades in this country. We have way too many kids my age going off to four-year universities to get degrees, coming out with $50,000 in student loan debt and no job,” he said.

“So what I propose we do is take displaced workers due to COVID-19, and we retrain people to be carpenters, millwrights, electricians, plumbers and pipefitters. And we’ve got to get back into high schools and colleges and teach kids some hard skills, because we don’t have a foundation upon which generational wealth can build,” Pitchford added.

He said that for cities like Benton Harbor, his plan could provide a workforce of skilled men and women who can rebuild dilapidated homes, providing good paying jobs while getting properties back on the tax rolls to help fund schools.

Pitchford said the first thing he would do in terms of health care reform is to set up a bipartisan commission within the state House to demand answers when drug companies raise prices.

“And if they don’t come up with a sufficient answer they will be fined until they bring those costs down. We will truly hold them accountable and say, ‘You just can’t keep doing this here.’ And it will then spur, I believe, a national conversation about what we need to do because the little state of Michigan over here is not letting (drug companies) increase prices. That is step one in the health care conversation,” Pitchford said.

Wendzel has been endorsed by, to name a few, Michigan Farm Bureau, Michigan Realtors, Right to Life, the Police Officers Association of Michigan, Berrien County Sheriff Paul Bailey and others in law enforcement, as well as U.S. Rep. Fred Upton.

She said law enforcement was in favor of historical expungement reform that was recently signed into law. She was a major sponsor of the law that will make it easier to get offenses expunged from a person’s record, and makes more offenses, such as driving offenses, expungeable.

“This opens doors for a lot of people,” she said.

Wendzel said she worked hard for and is very proud of auto insurance reform that was put in place in July, bringing insurance premiums down for most people in Michigan.

She said she wants to continue to work on reforming the criminal justice system, protecting public safety and helping Michigan businesses get back on their feet after the COVID-19 crisis.

“Helping Michigan in a safe and healthy way to get back on its feet will require all of us working together. We should be guided by data and medical experts to resume life safely,” Wendzel said.

She said she wants to continue to protect the Great Lakes and the state’s other natural resources.

“We’re working with the sports fishing industry. It’s a $2.3 billion industry, and St. Joseph has the most charter fishermen of any city in Michigan,” she said.

Wendzel said that during the pandemic, her office has helped hundreds, maybe thousands, of people with unemployment claims, and has found ways to help small businesses.

“We are reimbursing any businesses that are licensed, so they’ll be refunded for the time they were closed. It might be $50 to $60, not a huge amount but we’re showing them that we are here to help them,” she said.

Another area of help Wendzel touted is access to child care.

“It’s always an issue but is even bigger with COVID. Child care homes are normally limited to six children per care-giver. But a bill that just came out of committee allows an additional two school-aged children before and after school,” she said.

Wendzel said she is pleased with the work she has done and wants to continue to serve at the state House.

“I very much enjoy serving, representing and fighting for the people of Michigan, and I very much look forward to continuing,” she said.