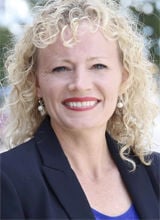 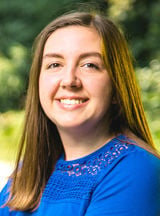 Beth Griffin and Abigail Wheeler both reside in Mattawan.

But for the most part that’s where the similarities end for the 66th District state House candidates.

Wheeler, a Democrat, hopes to deny incumbent Republican Griffin a third term in the Nov. 3 election.

When Wheeler, 21, isn’t attending classes at Western Michigan University, where she is a senior, she is serving as a firefighter and EMT for Texas Township Fire Department, and as a volunteer firefighter for Mattawan, while also serving as a council member for the village of Mattawan.

When asked why she is seeking the 66th district seat, she said, “Our current representation is lacking. My motivation to run for public office came from a desire to increase government accountability and transparency. We deserve a representative who will work for us, not special interest groups or her corporate backers. Two years ago, I was the highest vote-getter in the local election to serve on the non-partisan Mattawan Village Council. In that role, I have worked across the aisle to find common-sense solutions to the problems facing our community. I will bring that same approach to problem-solving to Lansing.”

Griffin, 54, is a former teacher, and said the future of her children as her reason for seeking a final two-year term.

“I began my public service career in order to show my kids what it means to be an engaged citizen,” she said. “I continue my efforts for the same reason, but also to help Michigan continue to be a place where healthy communities prosper. I want my kids to eventually choose to stay here and raise their own families.”

“The challenge before us today is this: What next?” Griffin said. “I continue my work on my water quality bill package, and improving rural broadband for West Michigan, but most of our efforts are focused on helping Michigan families recover from the pandemic shutdown.”

Currently, Griffin said she is working with the governor’s office and alongside the Senate to provide transitional policies to help Michigan residents toward a healthy and safe recovery from the COVID-19 pandemic.

“The House and Senate are actively collaborating with the University of Michigan’s epidemiologists, and the Michigan Medical Society, and health departments to analyze the data which will drive decision-making moving forward,” she said.

In other coronavirus-related legislation, Griffin said she has voted to extend unemployment benefits through the end of 2020, create better service for unemployment claims and fraud claims, appropriate an additional $5 million to the Secretary of State to re-open walk-in services, and extend the Open Meetings Act to allow local municipalities to stay safe while conducting necessary functions.

Wheeler also pointed to the coronavirus pandemic as being a leading challenge for Michigan.

“We are still dealing with COVID and the long-term impacts of this pandemic,” she said. “As a first responder, I’ve seen firsthand the impact of COVID. Re-engaging Michigan’s economy needs to prioritize the health of working people. I support mask-wearing. We can’t solve the job crisis without having a plan in place for how to keep workers safe. We need to grow the public health sector to add jobs and directly address COVID and begin laying a foundation for growth.”

“We have to ensure people have affordable access to lifesaving medications,” she said. “We should put caps on how much insurance companies can charge and make drug companies show every cost so there are no unknowns in pricing.”

The candidates are at odds regarding Gov. Gretchen Whitmer’s controversial executive orders, which resulted in the shutdown of many businesses and schools from the end of March to the beginning of June to slow the spread of COVID-19.

“I agree with Governor Whitmer’s handling of the COVID-19 crisis,” Wheeler said. “Her response literally saved people’s lives. As a firefighter and EMT, I understand how important it is to take precautions to keep ourselves healthy and safe. ... Moving forward, I would like to see continued investment in the state to help people and small businesses recover from COVID. We need to approve low-interest or interest-free loans to small businesses especially in communities of color.”

Griffin takes issue with the governor’s handling of the pandemic.

“I disagree with the governor’s unilateral approach,” Griffin said. “The stakes were extremely high, yet she crippled the government’s ability to optimize and problem-solve together by ignoring the legislative branch. This ‘go it alone’ approach resulted in mass confusion (and) extreme duress for many Michiganders.

“Now that we have won in court and the constitutional balance is restored, we can do our jobs and collaborate toward next steps as the state moves forward,” Griffin said, referring to the recent state Supreme Court ruling that nullified the governor’s executive orders.

Both candidates do agree on one point regarding the governor – they both were shocked about the recent plot to kidnap Whitmer.

“The plot to kill the governor was horrible, and I am glad the federal authorities did their jobs,” Griffin said.

The candidates do differ about whether people should be allowed to carry guns at, or even into the state Capitol building, something that has occurred several times this year when there were COVID-19-related protests. Two of the plot suspects were at one of the protests earlier this year. Federal law enforcement authorities have also said the suspects involved in the kidnapping plot had also discussed storming the Capitol building and taking people there hostage.

“I do not think it is necessary for people to carry guns at the Capitol,” Wheeler said. “No one should feel threatened in a government building where people are communicating their opinions freely, exchanging ideas and advocating for the people they serve.”

“I’m open to discussion regarding open carry in the Capitol building,” Griffin said. “I do have lingering concerns that the Legislature was not informed of the plot since it involved threats of storming the capitol and taking hostages. This issue highlights the need to always have open and proactive communication between the executive and legislative branches.”