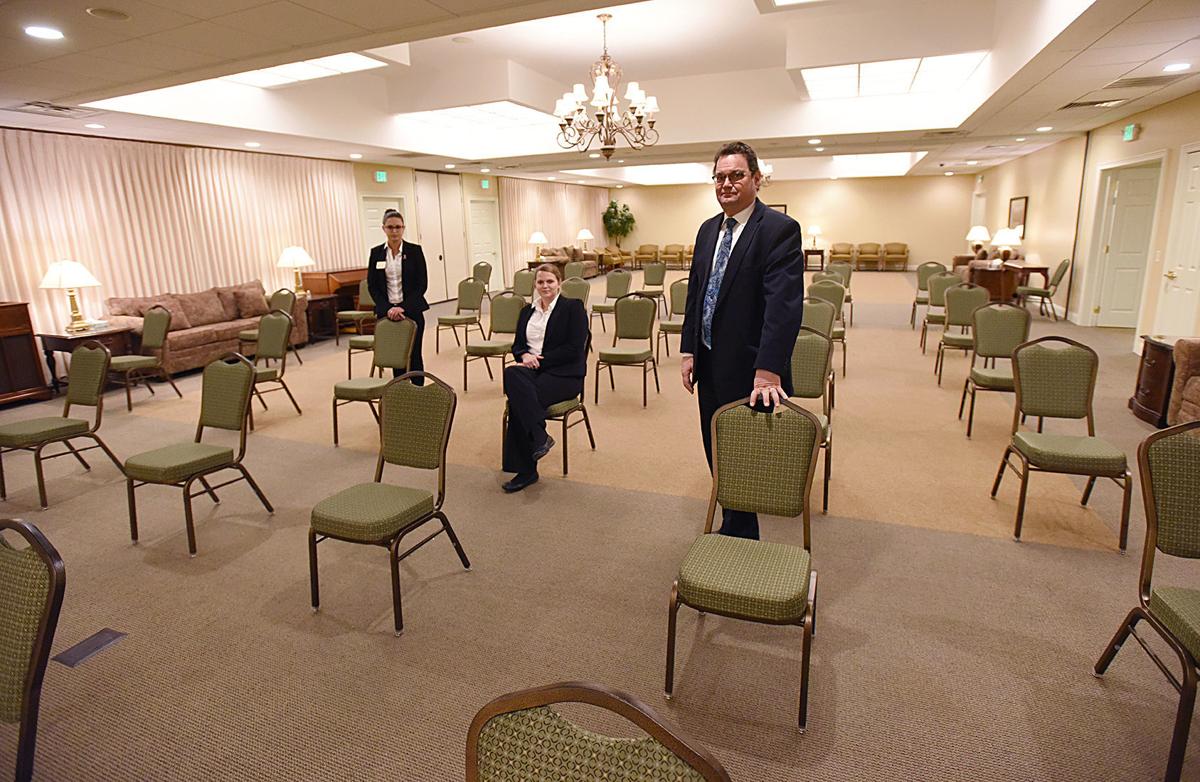 From left, Olivia Starks, Laura Starks, and Tom Starks, owners and funeral directors at Starks Family Funeral Homes & Cremation Services in St. Joseph, are dealing with the coronavirus through a variety of methods, including encouraging social distancing in their chapel. 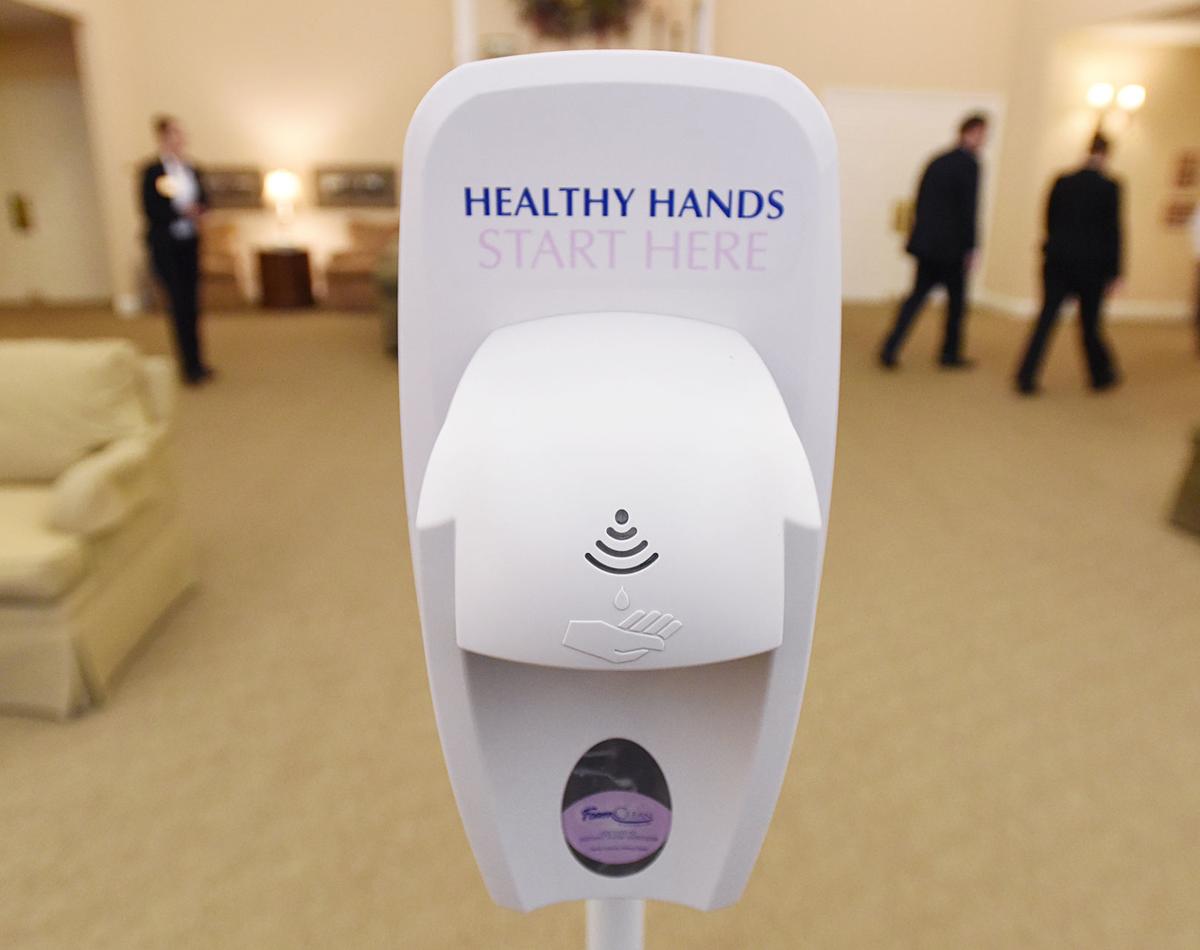 Funeral homes across the area, including Starks Family Funeral Homes & Cremation Services in St. Joseph, are working to prevent the spread of the novel coronavirus.

From left, Olivia Starks, Laura Starks, and Tom Starks, owners and funeral directors at Starks Family Funeral Homes & Cremation Services in St. Joseph, are dealing with the coronavirus through a variety of methods, including encouraging social distancing in their chapel.

Funeral homes across the area, including Starks Family Funeral Homes & Cremation Services in St. Joseph, are working to prevent the spread of the novel coronavirus.

ST. JOSEPH — As a decorated U.S. Army veteran, engineer, professor, volunteer, family man and friend to many, Arden Pridgeon of St. Joseph likely would have drawn a huge crowd for his funeral.

But things turned out differently for services for Pridgeon, 95, who died March 16 at home. On Friday, his family gathered for a private service, and family said a Celebration of Life and memorial Mass will be held at a later date.

The ever-evolving coronavirus pandemic has quickly changed the face of funerals in many places across America. Tom Starks, owner/funeral director at Starks & Menchinger Family Funeral Home, said he and other area funeral directors are talking almost daily and finding a balance between offering closure to grieving families while following local, state and federal guidelines.

Bryan Duffield, funeral director and co-owner with Mike Pastrick at Duffield & Pastrick in Coloma, said they are doing the same.

“For a funeral today, we changed the timing,” Duffield said by telephone. “We had a two-hour visitation, encouraged people to keep their visits brief, then had only immediate family for the funeral service.”

He said fewer chairs were set up for the visitation, so people did not stay long. And one employee was designated to open and close the door so no one else was touching the door.

“I think people are kind of policing themselves,” Duffield said. “Families are understanding if people do not come, and most people are not hugging or shaking hands. It’s a weird environment. You almost feel kind of rude at first. But I think people are getting past that.”

Duffield, along with Tom Starks, Olivia Starks and Laura Starks, funeral directors/owners of Starks & Menchinger, said a lot can be done by telephone, email and online.

“People can leave an online condolence or call one in. We will print these and hook them up to balloons that we’ll have here. The families can take the notes off the balloons and take them home. It’s a way for people to say they wish they could be here,” she said.

“Closure is important for families. It’s important to have some way to say goodbye. We can videotape services, or delay services. The only problem is we’re not sure for how long they’ll be delayed,” Tom Starks said.

Duffield said his funeral home also videotapes all funeral services and will make a CD available to families to share with others.

Laura Starks said some families started making services private even before government orders came down from the state. Michigan Gov. Gretchen Whitmer earlier this week signed an executive order prohibiting events or assemblages that would bring more than 50 people together in an indoor space. The federal government has suggested no more than 10 people gather in an enclosed space.

But the funeral homes are leaving some choices up to families.

“One family told us, ‘We’re going to shake hands and hug,’ and we can’t tell them they can’t,” Tom Starks said.

Olivia Starks said chairs are being spaced apart and funeral home staff is disinfecting every chair, podium and doorknob on a regular basis. Hand sanitizer is available throughout the funeral home and chapels. Cars are sterilized after every use.

Tom Starks said he believes Arden Pridgeon would approve of the measures that are being taken.

BENTON HARBOR — In the midst of a growing coronavirus pandemic in the U.S., Whirlpool Corp. announced Friday that the company is providing med…