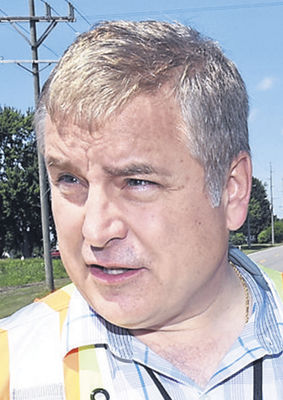 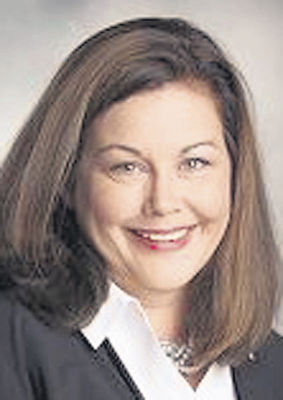 The suit, filed in Berrien County Court by Doug Hartzler, owner of Hartzler Excavating in Bridgman, also accused Freehling of failing to recuse herself from votes awarding contracts to the company that would financially benefit her and her husband, who died in May in a farm accident.

Freehling is a Baroda Township resident and represents District 8 on the Board of Commissioners, which covers Baroda village and township, Bridgman, Lake Township and parts of Oronoko Township. She was first appointed in 2015 and was elected to two full terms.

“Defendant Quattrin was complicit in this fraud since he was aware that the Freehlings could not do business directly with the County due to Teri Sue Freehling’s conflict of interest,” the lawsuit states.

Quattrin, a St. Joseph resident elected in 2016, also is accused of breach of contract in the suit over his dealings with Hartzler over payment for alleged stolen equipment

Prosecutor Michael Sepic confirmed that his office is investigating “a commissioner’s obligation for disclosure under the Contracts of Public Servants with Public Entities Act.”

“The investigation is continuing,” Sepic said. “No charges have been filed as yet and it is unknown if there will be.”

The suit was filed July 1 and a hearing was held Tuesday before Berrien County Trial Court Judge Dennis Wiley, who is expected to rule on a request for a jury trial.

Pat Pomeroy, the judge’s administrative assistant, said there was no timeline for when that ruling will be issued.

The suit alleges that “on or about November 2016, defendants Quattrin, Estate of Freehling and Teri Freehling concocted a scheme to allow the Freehlings to obtain hundreds of thousands of dollars of County funds by renting equipment to be used on County Drain Commissioner jobs.”

The plaintiff claims that Patrick Freehling approached him with a proposal to make money by forming Hartzler Excavating, working for the Drain Commission, renting equipment from Freehling, and paying Freehling for the equipment.

Hartzler said in court documents that he performed 57 jobs for the Berrien County Drain Commission from 2017 to August 2018, with almost all of the equipment rented from Patrick Freehling.

Hartzler further charged that Teri Freehling was aware of the payments to her husband and did not recuse herself from many votes for payments to Hartzler.

The suit alleges that in 2018 Patrick Freehling advised Hartzler to hire two men, including Robert DeVries Jr. Hartzler later fired DeVries. He alleges that his contracts with the drain commissioner and his work for the office as a heavy equipment operator “came to a halt” after he terminated DeVries.

Hartzler charges that DeVries formed REV Excavating, and around August 2018 began getting drain cleaning jobs from the county drain commissioner and was renting equipment from Freehling.

Hartzler claims that he was not paid $41,890 for work done for the drain office. In another claim, he says that equipment belonging to the drain office was stolen, that was worth around $4,000. He claims that Quattrin deducted $9,200 in payments for the job, the cost of new equipment.

The lawsuit states that, based on a Freedom of Information request, neither the drain commissioner nor Berrien County spent the money to replace the stolen equipment and retained the money for its own account.

He also is seeking damages from the defendants, including DeVries and his company, for allegedly interfering with his business by cutting off contracts with the drain office.

During Tuesday’s hearing, Quattrin’s attorney, John Brennan, argued that his client has “absolute immunity” because deciding on contractors is part of his job.

But Judge Wiley was skeptical of the claim, saying that no other elected official enjoys that sort of immunity.

Brennan also argued that it was not a conflict of interest for Freehling, even if her husband was earning money from the jobs.

Quattrin filed a motion for summary disposition of the suit and sanctions against Hartzler’s attorney, Mark LaRose, calling the charges “a fantasy.”

In court papers, LaRose said he assigned Hartzler the task of “producing documentary evidence in support of his claims; and he did so,” an accomplishment he compared to coming up with the broomstick of the Wicked Witch of the West in “The Wizard of Oz.”