You have permission to edit this article.
Edit
Home
News
Features
Opinion
Sports
Obituaries
Archives
e-Edition
Subscribe
Photo Reprints
Classifieds
How Do I?
1 of 3 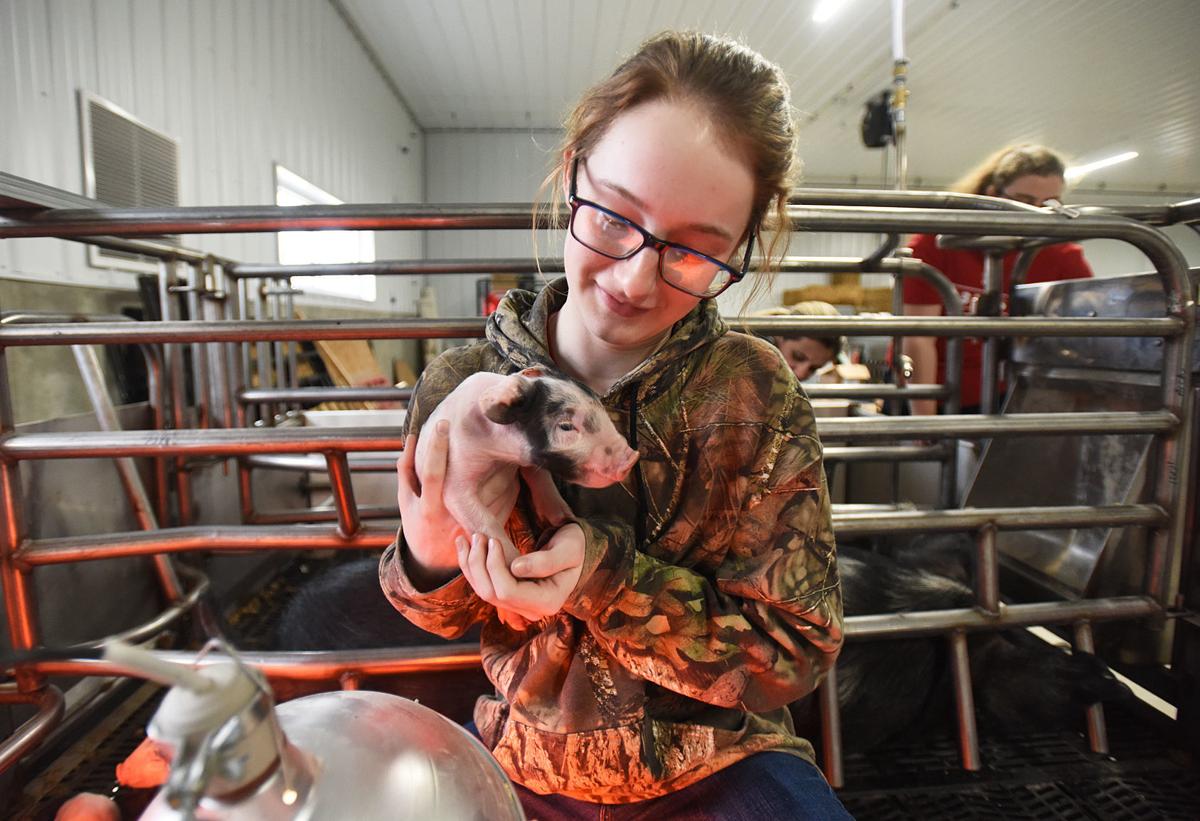 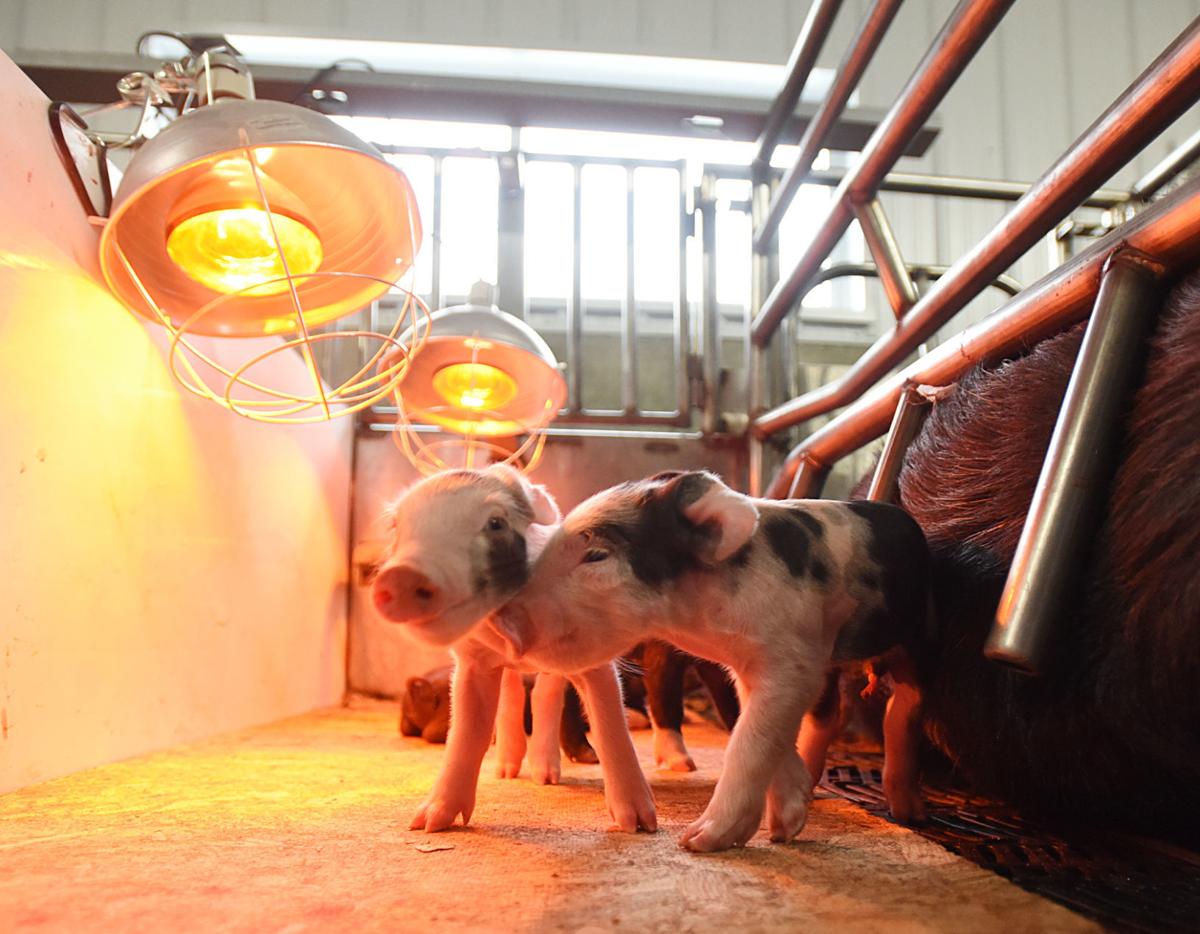 The piglets huddle under a warming light at the Countryside Academy barn. 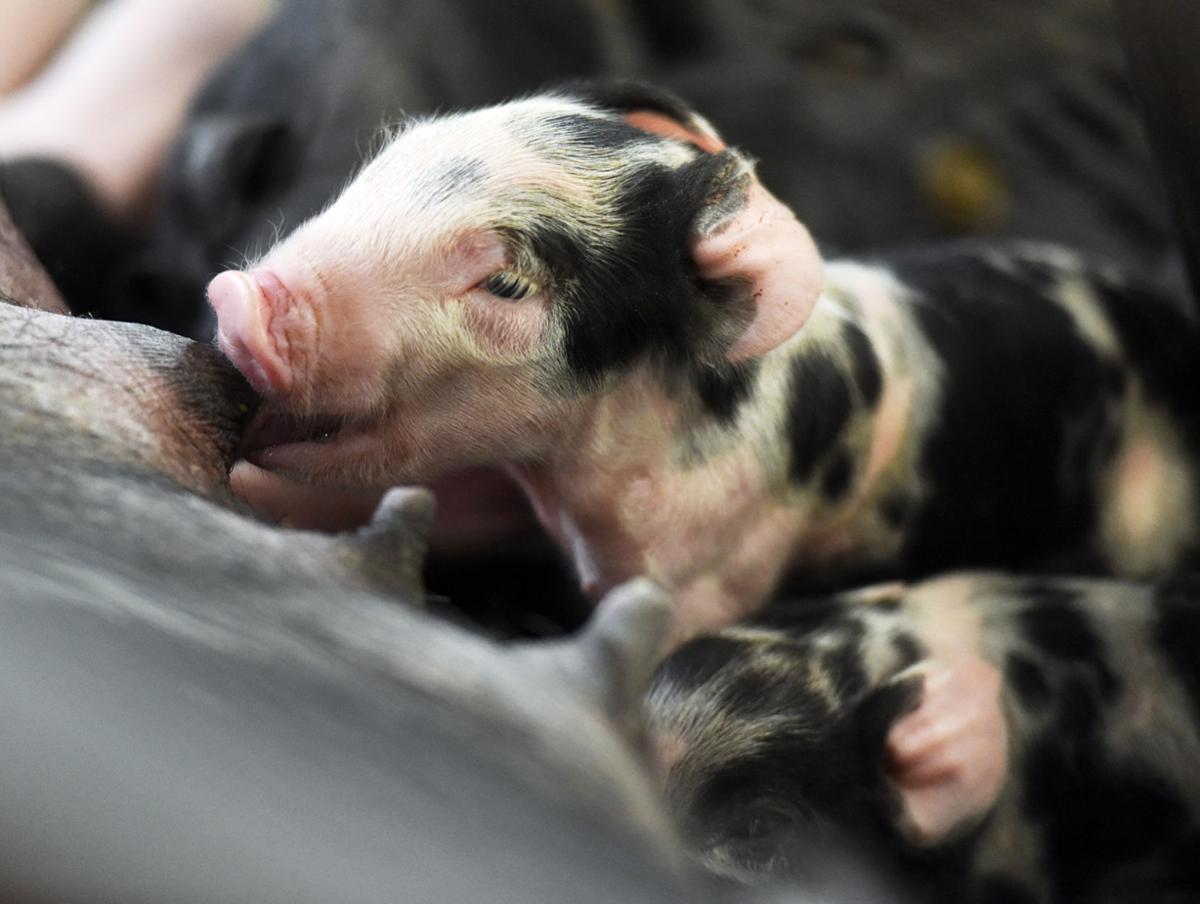 The piglets feed in Countryside’s state-of-the-art-barn, built in 2018.

The charter school on Meadowbrook Road, with an agriculturally based curriculum, on Wednesday birthed its first-ever litter of piglets in the state-of-the-art barn that was erected in 2018.

“It was really exciting and nerve-wracking, all at the same time,” said senior Emma Schmidt, who was on hand with fellow student and FFA member Emily Goreczky, teacher Steve Rigoni and administrator Sarah Brookshire, while Brownie, a Berkshire hog, began delivering (or farrowing) the first of her seven piglets. Nearby, another expectant mother, S’Mores, is waiting to give birth.

The pigs will be exhibited and auctioned at this summer’s Berrien County Youth Fair. Countryside’s FFA chapter has shown sheep and hogs at the fair for nine years, but this is the first time they have farrowed their own pigs.

This is the culmination of two years of planning for the $1.7 million Agricultural Resource Center, which includes a greenhouse and classroom space. Before that, students worked in small, unheated barns that they built themselves.

The 300-pound mothers-to-be were brought in from Ohio in November. Rigoni said he selected Berkshires because they are faster-growing than Hampshires, which also have more difficulty giving birth.

The students took over the care and feeding of the hogs, which involved being available weekends and during breaks, as well as classroom hours.

Schmidt said Brownie is “super-sweet,” while S’mores is “more feisty.” The pigs were named by elementary students from Countryside’s Millburg campus, who will see the piglets this week.

The sows are kept in specially designed metal crates that are approved by animal welfare organizations and that can be expanded to provide more space and then narrowed to assist in the birthing process.

Goreczky said the students researched what to expect during the farrowing.

“During the labor, the kids really knew their stuff,” Brookshire said.

Brownie was due to deliver last Thursday, and Rigoni and the others were keeping a close eye on her. A veterinarian was brought in to administer a shot to induce labor, and Brownie began pushing out the porkers at 8 a.m. Wednesday.

“It was the first time for both of us,” Rigoni said of himself and Brookshire, who reached into the birth canal to extract piglets. One bit Brookshire, which is how she knew it was alive.

One piglet earned the name “Miracle” because he was in the birth canal for 40 minutes, and they thought he was dead.

The work is far from over. The piglets should be weened in about three weeks, and the students will assist in providing vaccinations and trimming their tails. The students will provide the nutrition that will help the pigs grow from their current 2 pounds to around 260 or more by fair week. They also will be teaching them to walk along with their trainers, Goreczky said.

The students admitted that it will be hard to say goodbye when the fair is over and the pigs are sold.

“You do get attached, it’s inevitable,” Schmidt said. “Especially when they start off small like this.”

But Schmidt, who also raises llamas, chickens and sheep, has been taught that all animals have a purpose, and for some that means going to market.

Along with the pigs, Countryside students are breeding rabbits in the new barn, which has more room for the aquaponics and hydroponic studies, and the new greenhouse that extends the growing season.

This is one of the few vocational programs in the state offering this type of instruction, Rigoni said. Both Schmidt and Goreczky plan to attend college in the fall to study animals.

The students are asking about breeding cattle, Rigoni said.

With the new barn and the 100-acre campus, “the sky’s the limit,” Rigoni said.

An open house at the Agricultural Resource Center is scheduled for April 2.