Skip to main content
You have permission to edit this article.
Edit
Home
News
Features
Opinion
Sports
Obituaries
Archives
e-Edition
Subscribe
Photo Reprints
Classifieds
How Do I?
1 of 3 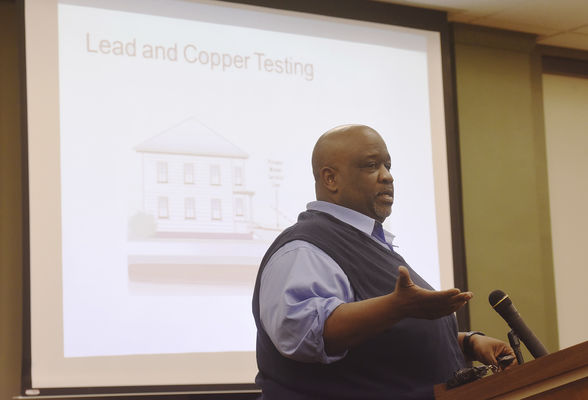 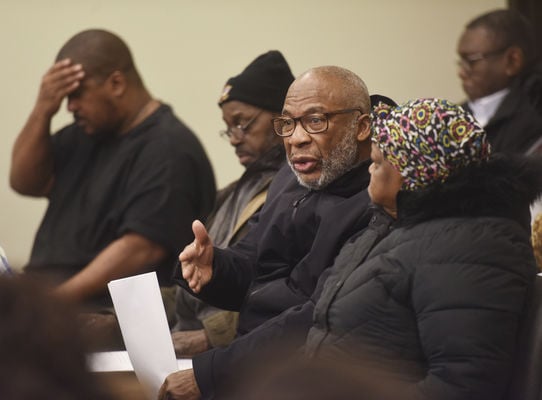 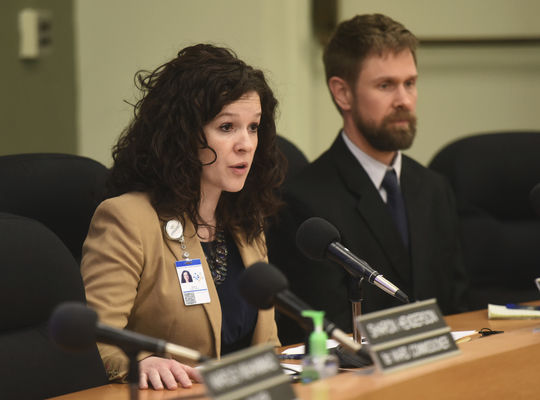 BENTON HARBOR — Benton Harbor residents concerned about lead in their drinking water will be able to pick up free water filters provided by the Berrien County Health Department starting the week of Feb. 4.

Nicki Britten, health officer with the department, said during a town hall meeting Thursday that details about where to pick up the water filters will be given out next week. The water filters must have a NSF 53 certification, or they may not filter out lead.

She said information about where the water filters can be picked up will be posted on the department’s webpage at www.bchdmi.org, along with on its Facebook page and through traditional media. The health department will also offer free replacement cartridges for the filters.

The department has been working with city officials since the Michigan Department of Environmental Quality issued an advisory in October about higher-than-acceptable levels of lead found in the drinking water at some city homes during testing over the summer.

The good news is that the lead appears to not be adversely affecting the children.

Blood lead levels of children in Benton Harbor are usually tested twice by the time they turn 6.

Experts say young children are the most vulnerable to lead due to their developing bodies, brains and nervous system. High lead levels can cause learning and behavior problems, and affect learning.

Britten said lead-based paint in older homes continues to be the main source of lead exposure for children.

City Manager Darwin Watson said the city continues to offer free water testing kits to residents. They can be picked up at City Hall.

Of the 320 test results the city has received back, Watson said about 50 were found to have lead in the water at or above the action level of 15 parts per billion (ppb).

He said to date no lead has been found coming from city pipes. Historically, he said cities have been responsible for water pipes up to the property line, with the homeowners responsible for the rest of the water lines, plus the water fixtures inside the house.

Under new state rules, cities are now directed to take care of the water lines up to the water meter or 18-inches inside the house, whichever is shorter. He said the city’s attorney is drafting an agreement homeowners will need to sign so city workers can work on private property.

However, after the meeting Watson said that if the source of lead is from pipes or water fixtures inside the home, the homeowners will have to take care of them.

The city was notified in May 2018 that it received almost $300,000 in state grant money to replace lead and galvanized steel water service lines. Watson said the city is doing a general inventory to determine how many are lead or galvanized steel. Money left over will be used to start replacing lead service lines, he said.

Officials said replacing lead water pipes and faucets is the best way to keep lead out of a home’s drinking water.

But that may take a while.

Ernie Sarkipato, Surface Water Treatment Specialist with MDEQ, said he met with city officials and chemical suppliers earlier on Thursday to assess which system would be best to keep lead in lead pipes from leaching into the drinking water.

“The system should begin to establish a passivation layer, or a coating on the inside of the pipes, which is really ... one of the best tools we have at offering system-wide protection from the release of lead,” he said.

Sarkipato said the coating separates the lead from the drinking water.

After the meeting, Watson said he expects to start adding phosphates to the city’s water so the pipes are coated within 30 days. He said it could take several weeks before the coating is adequate to stop the lead from leaching. He said the city will continue to do additional testing to make sure the system is working adequately.

Meanwhile, people who have lead in their drinking water should get a water filter or, after the water has sat unused in the pipes for at least six hours, run their water on cold for five minutes before drinking it or using it for cooking.

Britten said boiling the water does not remove lead.

Sarkipato said Benton Harbor isn’t the only city facing such issues. He stressed that there are water pipes in the ground all over America that are over 100 years old.

On an unrelated topic, MDEQ officials said after the meeting that the consent agreement they are working on with the city about the water plant has nothing to do with the lead advisory. And they said it is not the same type of consent agreement the state had until recently with Benton Harbor Area Schools.

“It’s essentially just a schedule that we’ve agreed upon with them to address the items that they need to do,” said Amy Lachance, assistant director of the drinking water and municipal assistance division with MDEQ. “... It helps to get that all written down and to get everybody to agree to it so we know what schedule everything will happen on.”

Sarkipato said there is no imminent danger at the water plant.

“That process is in place to proactively identify things that could be an endangerment to public health,” he said. “The lead issue is entirely separate.”

Lachance added: “It’s our process that if there are issues that can’t be resolved right away and there’s things that need time to be addressed, then it’s best to enter into an agreement to make sure that we’re all on the same page as far as what the deadlines are and that we have an understood agreement.”