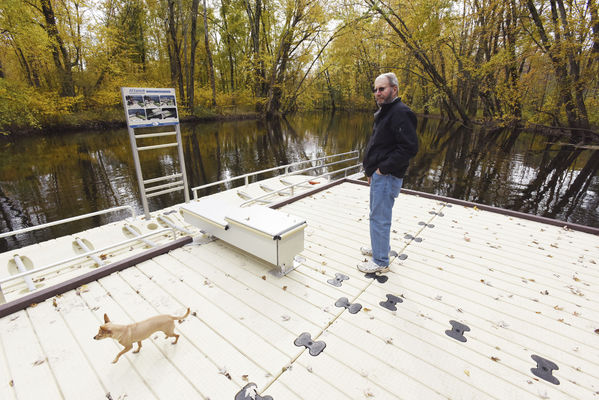 Jack Genther and his dog Lola check out the handicap accessible kayak launch Thursday at the new Riverside Kayak Park along Coloma Road in Hagar Township. 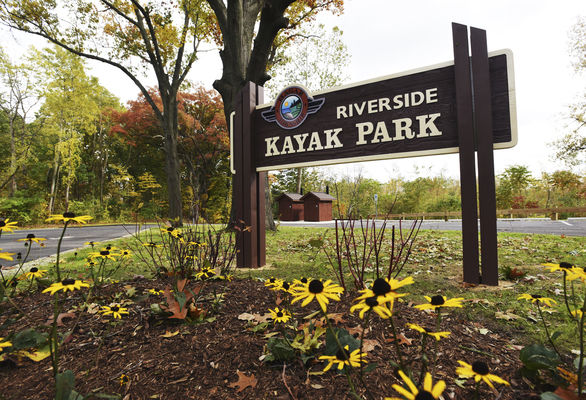 Riverside Kayak Park has recently opened to the public along Coloma Road in Hagar Township. 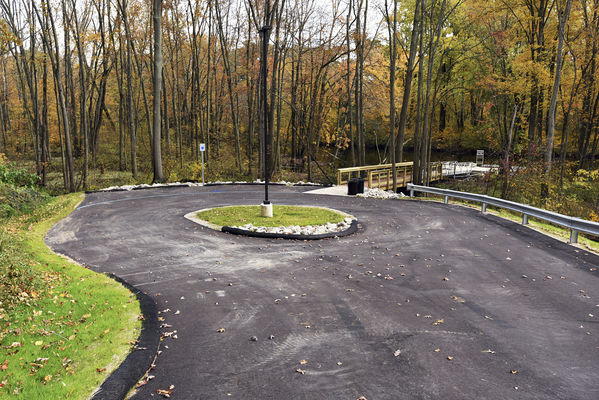 Jack Genther and his dog Lola check out the handicap accessible kayak launch Thursday at the new Riverside Kayak Park along Coloma Road in Hagar Township.

Riverside Kayak Park has recently opened to the public along Coloma Road in Hagar Township.

RIVERSIDE — After many years of planning and several months of construction, a new park is open in Hagar Township.

Township Supervisor Izzy DiMaggio announced this week that the Riverside Kayak Park is officially available for public use.

“We’ve got a kayak launch, a fishing platform, parking, lighting and toilets fully functional and ready for use,” he said. “We want the community to come out and enjoy it right now. This is probably the best time to go kayaking because of the changing trees and the river isn’t as rapid as it has been. And I’ve heard that the fishing in the Paw Paw River is great.”

The 7-acre park, along Coloma Road, sits on a former landfill just east of exit 4 on I-196. The 112-acre former landfill, owned by Hagar Township, had been designated as a conservation district in 1993, so the township couldn’t do anything commercial or residential to it.

Mark Toncray, chairman of the Riverside Downtown Development Authority (DDA), said developing the site into a park came from a township survey gathered in 2007. After going through different committees and boards, it was eventually worked into the township’s larger master parks plan in 2016.

“The brush was so bad you couldn’t access the river, let alone even see the river,” DiMaggio said. “It is a tremendous feeling of satisfaction knowing that we took a property that was undevelopable – absolutely no reason at all to do anything with it – and make it a place for all people to enjoy.”

He said one of the most important parts of the Riverside Kayak Park is that every aspect of it is compliant with the Americans with Disabilities Act.

“Someone in a wheelchair can access the river and get into a kayak,” DiMaggio said. “There are even directions on the launch on how to do it.”

The park, covered by lights in the evening, consists of two levels, with the river access being on the lower level.

The Two Rivers Coalition and the Friends of the Paw Paw River hope this new access point will increase recreation on the Paw Paw River, and Hagar Township hopes it will bring in some tourism dollars.

For those who don’t want to get into the water, the park offers a view of the Paw Paw River from the fishing platform, both up and downstream.

The upper level of the park has the vault restrooms, and will eventually include a pavilion – which is still being constructed.

Toncray said this opening is a soft opening of sorts, as a bigger formal celebration is planned for the spring. He said the township and DDA welcome feedback on the park in the meantime.

The park’s cost was about $500,000, split between the DDA and a grant from the Michigan Department of Natural Resources (MDNR).

Abonmarche, an engineering firm, designed the park, prepared the grant application, secured all the permits, and oversaw the construction phase. TJM Services of Allegan was the general contractor.

Toncray and DiMaggio credit the support of many area municipalities, groups, organizations and legislators for making the park a reality.

“We had more than 22 letters of support and resolutions included with our MDNR grant application,” DiMaggio said. “This was a very wide community effort.”