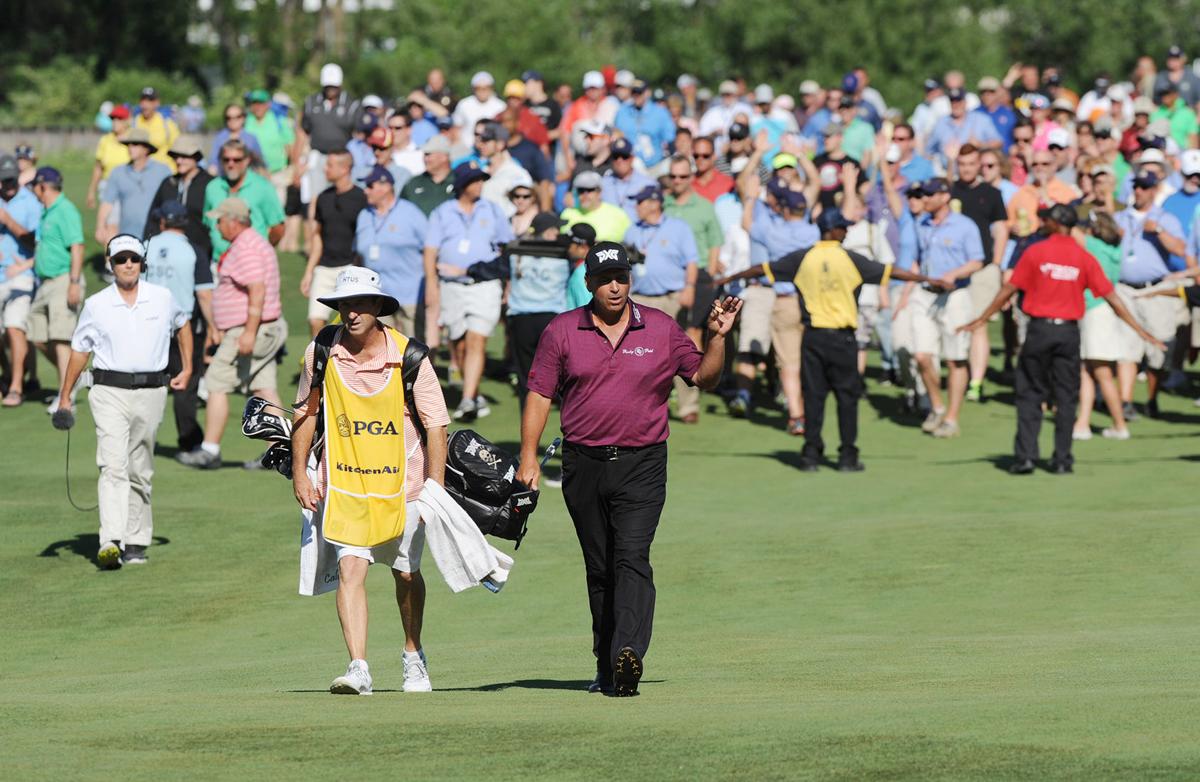 Rocco Mediate waves to the gallery as he approaches the 18th green during the final round of the 2016 Senior PGA Championship at The Golf Club at Harbor Shores. 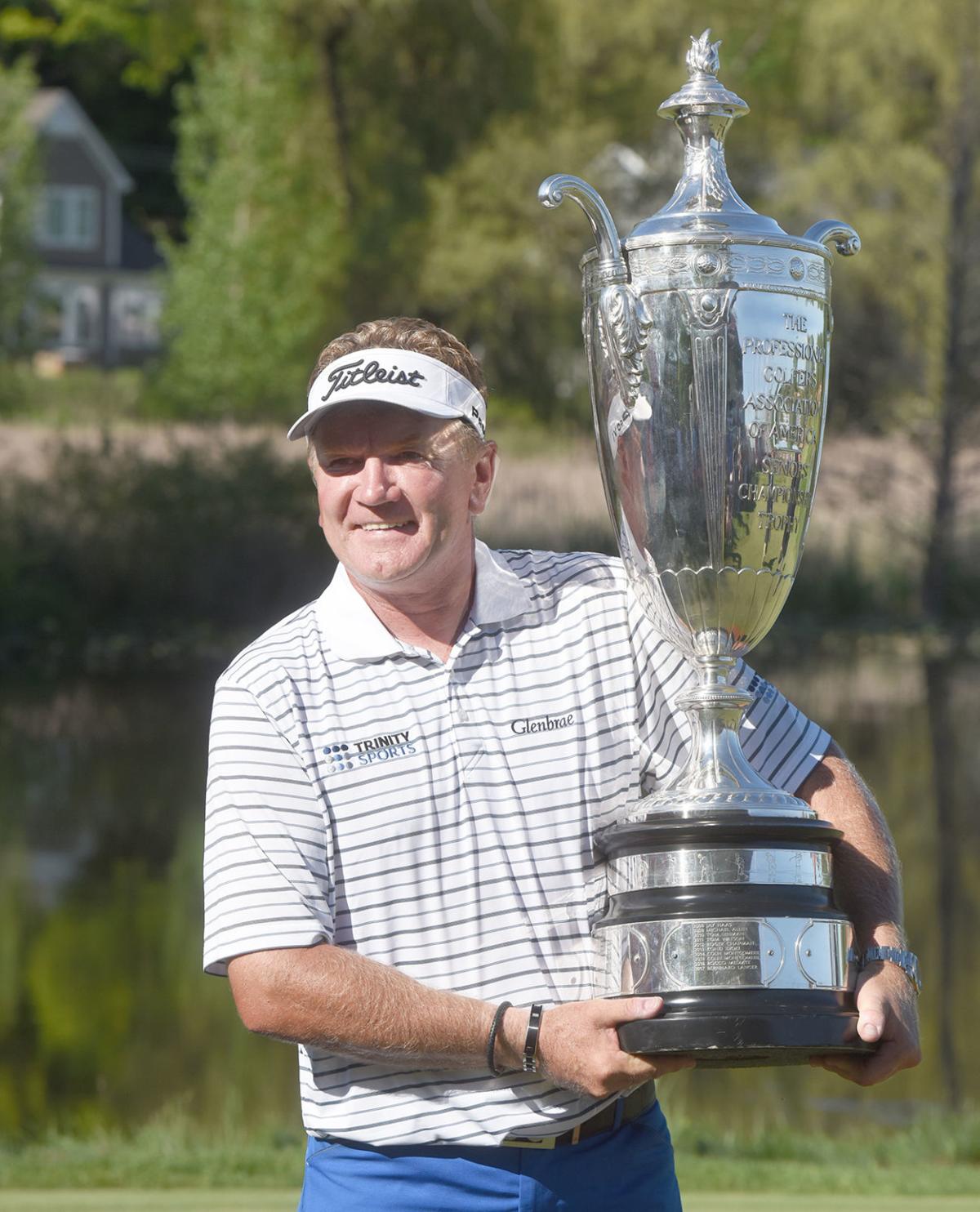 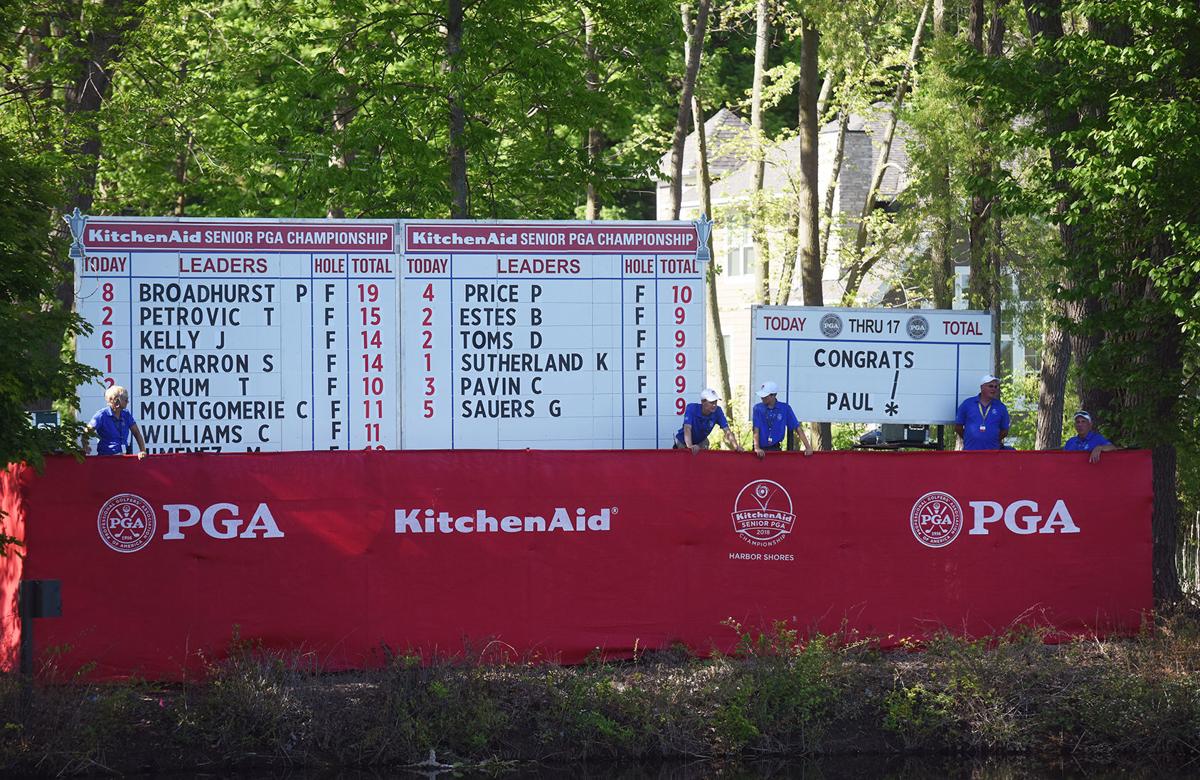 Rocco Mediate waves to the gallery as he approaches the 18th green during the final round of the 2016 Senior PGA Championship at The Golf Club at Harbor Shores.

Editor’s note: During the coronavirus pandemic crisis, TheHP.com has dropped the paywall for virus-related stories. If you appreciate local journalism, please help us continue to keep Southwest Michigan informed by considering a subscription to HP All-Access (print and digital) or Online Access. Learn more here.

BENTON HARBOR — Harbor Shores will have to wait until 2022 for its next chance to host the Kitchen Aid Senior PGA Championship.

The 2020 version has been canceled, Kitchen Aid and the PGA of America announced today, citing the shelter-in-place order in Michigan due to COVID-19 and the uncertainty of future timelines.

The tournament, one of five majors on the PGA Tour Champions, was scheduled for May 19-24. Harbor Shores has been the host of the event in even-numbered years since 2012, and will host again in 2022 and 2024.

“We’re all collectively disappointed that we won’t be able to shine a light on Southwest Michigan this year, but we get a chance to do it again in 2022 and 2024,” Senior PGA Championship Director Ryan Ogle said in a news release. “The fact that we’ve already done it four times and get to do it again is something we’re really excited about.”

Last month, all remaining events on the PGA Tour Champions scheduled prior to the Senior PGA Championship were postponed or canceled. KitchenAid and the PGA said they are committed to following health guidelines, and the uncertainty about the future made rescheduling the event impossible.

“This was not an easy decision,” said Jeff Fettig, former Whirlpool CEO and current chairman of the Senior PGA Championship, in the release. “We know how much this championship means to our Southwest Michigan community, and the positive impact it has on our local economy, however the health and safety of our community is our priority. We will miss the players and fans, who have all become welcomed extensions of our community over the years. While we are incredibly disappointed that the championship will not return to Benton Harbor in 2020, we know that this is the right thing to do.”

Ogle said that he’s “not going anywhere” and will turn his focus to planning the 2022 event in the near future.

“I thought we had some great plans for 2020, and we’ll kind of double down on those for 2022,” Ogle said. “We’ll try to yet again grow it and have a positive impact. This gives us a chance to keep building on the excitement we’ve had and make 2022 the best yet.”

This year’s tournament would have been the 81st Senior PGA Championship. The event was canceled 1943 and 1944 due to World War II, but has been held regularly since. Two tournaments were held in 1979 and 1984 and none in 1983 and 1985, as the championship was played in the winter months prior to a 2001 move to the spring.

Information on ticket refunds is available at srpga.com.

BENTON HARBOR — With the 2020 KitchenAid Senior PGA Championship now officially canceled, Southwest Michigan leaders can only look to the futu…