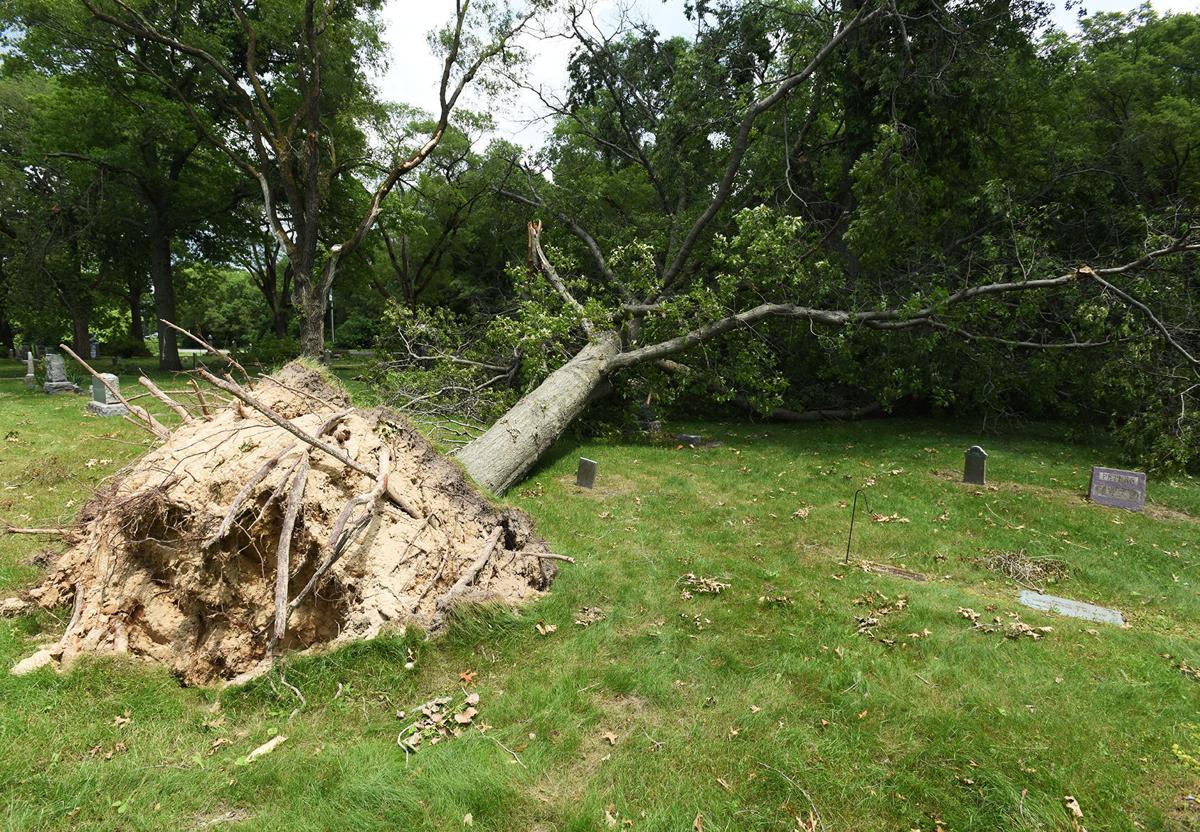 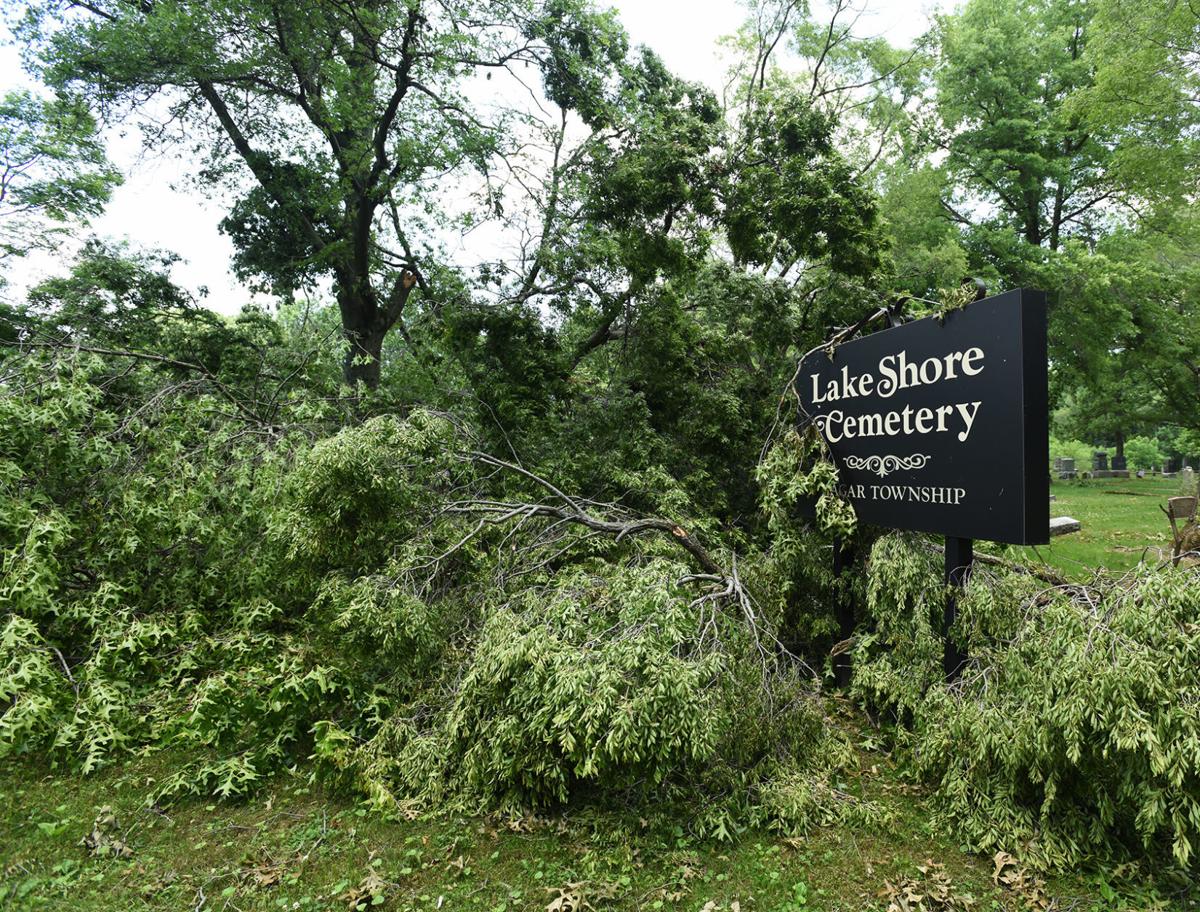 The weekend storm knocked down trees and power lines throughout north Berrien County and Van Buren County, including at Lake Shore Cemetery in Hagar Township. 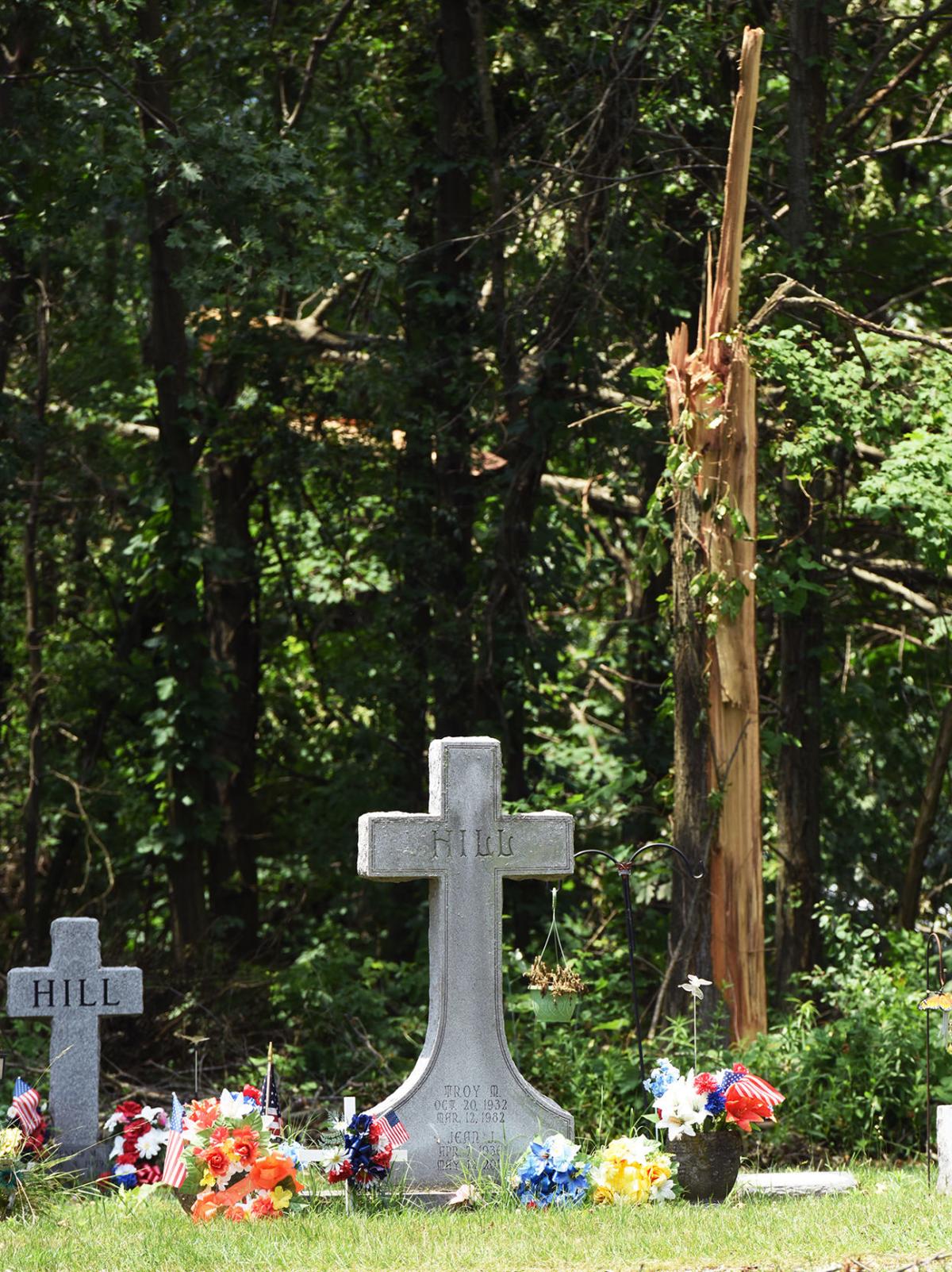 The weekend storm knocked down trees and power lines throughout north Berrien County and Van Buren County, including at Lake Shore Cemetery in Hagar Township.

A storm that slammed Southwest Michigan late Friday night and early Saturday led to multiple reports of downed trees and power outages, along with damage to cars and roofs hit by debris.

Mike Mattix, fire chief for the North Berrien Fire Rescue Department, said his department was consistently responding to calls related to the storm, until about 1:30 a.m. Saturday.

“At that time the storm was going pretty good,” he said. “Everyone got reports from the National Weather Service for the possibility of strong storms. As far as estimated damage and loss, I couldn’t tell you.”

Harrison and Hagar Shore roads had power lines down and a large tree branch blocking the roads. The Sarett Nature Center area was also reportedly hit hard, with a lot of tree damage.

Emergency responders barricaded the roads and continued to take calls, as the 911 dispatch center was lively Friday night and into Saturday morning.

Mattix did not know of any injuries related to the storm, but Indiana Michigan Power reported a slew of power outages to handle throughout the weekend.

Crews continued to find damaged equipment as they addressed outages into Monday. I&M reported a total number of 34 broken poles, including 22 in the Benton Harbor area. About 34 spans of wire were down, I&M officials said.