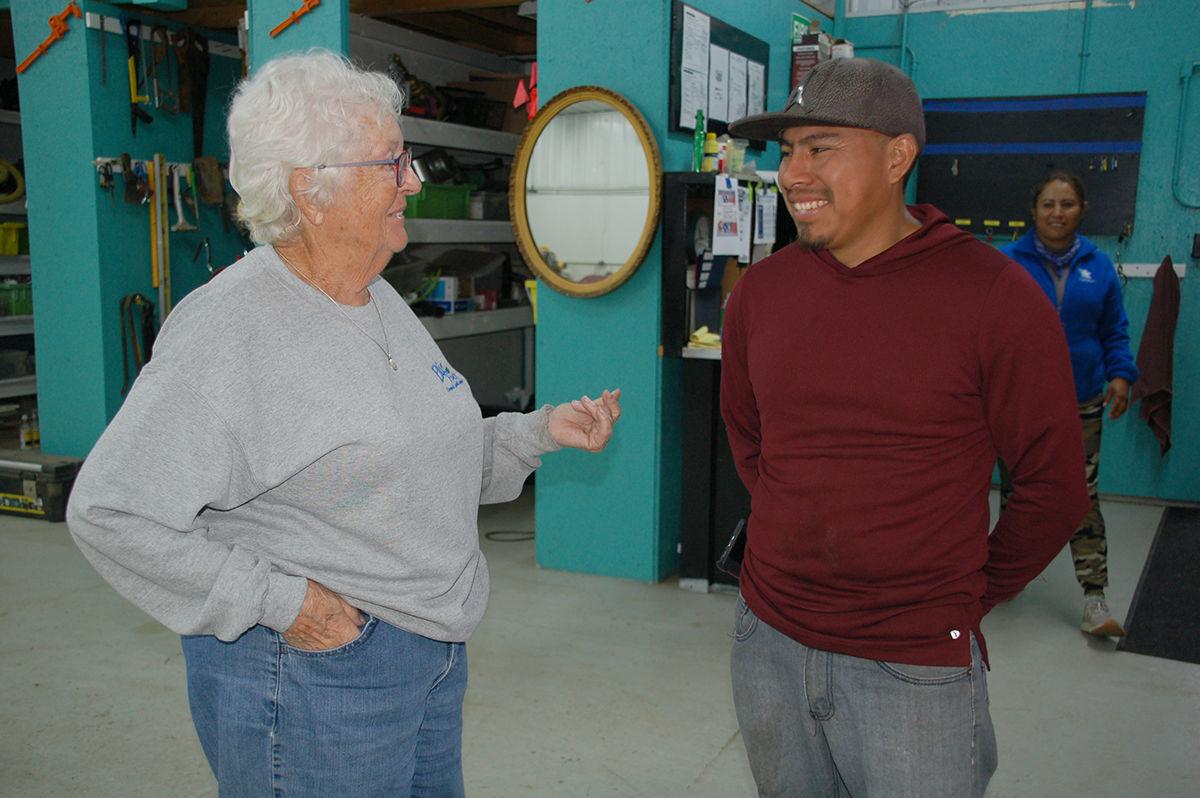 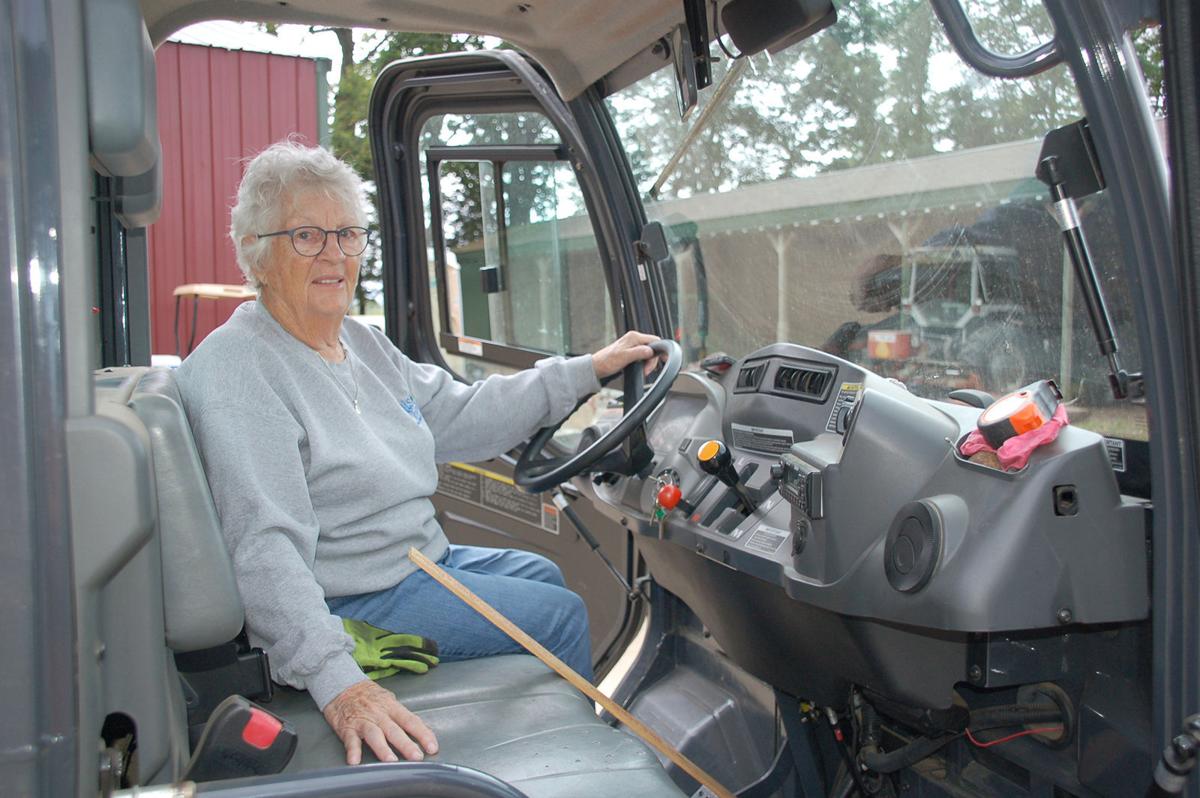 Grand Junction resident Mary Ellis, owner of Ellis Farms, sits for a moment in a farm utility vehicle, one of several different farming vehicles she uses at the 125-acre blueberry farm on County Road 215.

Grand Junction resident Mary Ellis, owner of Ellis Farms, sits for a moment in a farm utility vehicle, one of several different farming vehicles she uses at the 125-acre blueberry farm on County Road 215.

GRAND JUNCTION — If you were to ask Mary Ellis why, at the age of 80, she still owns and oversees a 125-acre blueberry farm. she responds quite simply: “It’s my life.”

Mary and her late husband Nate, purchased the farm 54 years ago from a friend of Nate’s parents. Mary’s husband died 10 years ago following a long illness, but since then, Mary continues the task of running the farm, be it bookkeeping, calculating the amount of herbicides and pesticides to spray on the berries or riding various sized tractors to mow the grassy areas surrounding the farm.

A drive around the farm with Mary in her Kubota utility vehicle reveals not only 125 acres of well-kept land devoted to the annual harvesting of five different blueberry varieties, but additional acreage dotted with farming-related buildings, housing for migrant workers, a large wooded tract of land, even a horse shoe-shaped man-made pond with a little getaway cottage in the middle. Grassy areas that surround the buildings, ponds and berry fields, are cut and trimmed on a regular basis.

“I’m really quite proud of my farm,” Mary said. “We work very hard at it.”

Although Mary did not grow up in a farming family, she seemed destined to run a blueberry farm from a young age.

“My dad, Eldon McKibben, invented the first blueberry harvester,” Mary said. McKibben and his friend, the late Paul Jones of Grand Junction, went on in the 1960s to form BEI International. The name became synonymous with mechanical blueberry harvesting equipment.

While McKibben kept busy inventing different types of farm equipment, Mary, as she became a teenager, began helping Jones, a blueberry farmer, with his book work.

“I did bookkeeping for him and wrote the weekly paychecks. Sometimes I wrote checks for 300 workers,” she said. “He (Paul Jones) taught me a lot. I listened and I learned. He had two boys, I think I was kind of like a daughter to him. When he died, it was really hard on me.”

When Mary, who graduated from Bangor High School, decided to marry, it probably shouldn’t have come as a surprise that she chose a husband with a farming background.

“He grew up on a farm in Indiana,” Mary said. “When we got married, my husband and I lived five years in Puerto Rico where he grew tomatoes for Libby’s (canned food company).”

When the political climate in Puerto Rico became difficult, the young couple made plans to head back north to Michigan when hearing that Mary’s dad’s best friend announced plans to sell his blueberry farm.

“He was thrilled when we bought it,” Mary recalled.

Mary and her husband Nate, raised two sons, Nathan and Jim. When not busy with their jobs and families, they help out on the farm, as do other offspring.

“You might as well have relatives help if they want to work,” she said.

In addition to help from family members from time to time, the farm employs anywhere from four to 12 workers, depending on the time of year.

Although she’s been farming for more than 50 years, Mary said she gives no thought to quitting.

She does concede though that during the height of the harvest season she does have to slow down a bit.