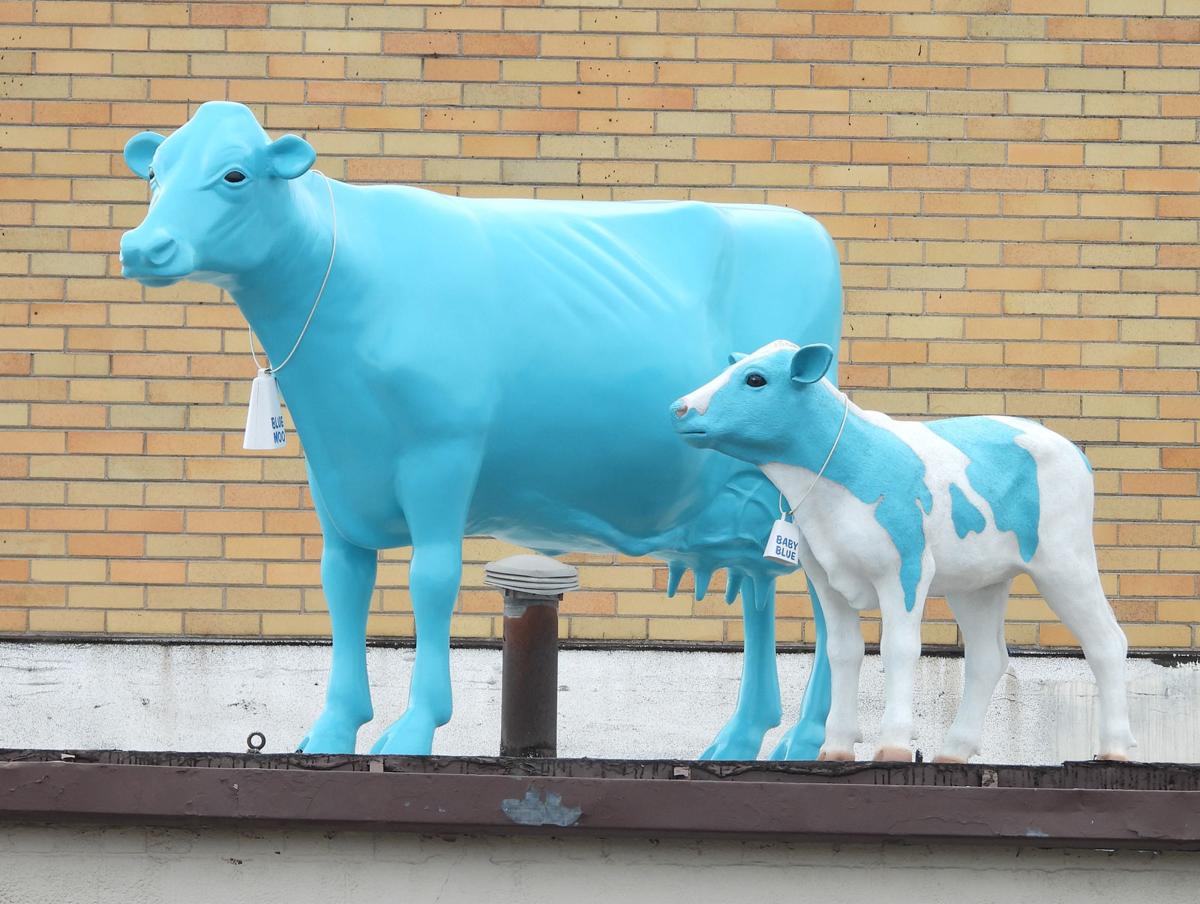 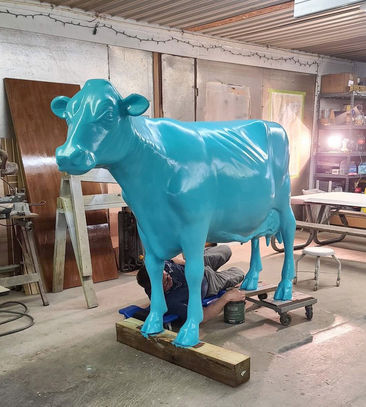 Seven months after being vandalized, Sherman Dairy Bar’s iconic Blue Moo and Baby Blue are back.

After a winter’s worth of repairs and restoration, the mother cow and her calf statues were mounted on top of the dairy bar’s roof earlier this week, much to the delight of their fans.

“They’re very popular,” Sherman Dairy Bar Manager Marty O’Connor said. “When they went up on Tuesday, people were honking and waving as they drove by. Pictures were posted on social media before we could post them on our own page. Social media blew up when they were destroyed and blew up again whey they went up.”

The popular statues were vandalized In August of 2020 when suspects got on the roof of the building where they damaged Blue Moo after pushing the statue on its side and breaking off its ear and part of its udder. They then tore the calf statue off its base and stole it. The calf was returned a day later, however, Baby Blue’s legs were broke off, her neck broke and tail damaged.

Warrants have been issued for two suspects from the Grand Rapids area, however, they have not yet been prosecuted due to court caseloads being postponed because of the coronavirus pandemic.

As popular as Blue Moo and Baby Blue are, restoring them proved to be tedious and expensive, according to O’Connor.

Shortly after hearing news of the vandalism, a South Haven couple stepped forward to help.

“He (Blake Moe) is a local boat builder who is quite a talented craftsman,” O’Connor said. “When they heard about what happened with the girls they volunteered at cost to repair them.”

Moe spent the better part of late fall and winter restoring the statues, but unfortunately, Baby Blue was beyond repair.

“We ended up purchasing one out of Texas,” O’Connor said. Making the new statue look like Baby Blue wasn’t easy, but the effort paid off. People who see the calf statue on the roof now wouldn’t know the difference between the old one and the new one.

“They did their best to create Baby Blue to look like she used to,” O’Connor said.

Even though Moe offered to do the work at cost, restoration of the two girls still ended up being costly.

“It was in the thousands,” O’Connor said. “People don’t realize how big they (mother and calf) are until you stand right next to them.”

Despite the expense, O’Connor said Baby Blue and her mom are part of what makes Sherman’s Sherman’s.

“We’re going to be entering our 63rd year this year when we open May 1,” O’Connor said. “Blue Moo and Baby Blue are part of our history. People like the girls. We like seeing people smiling and waving when they see them.