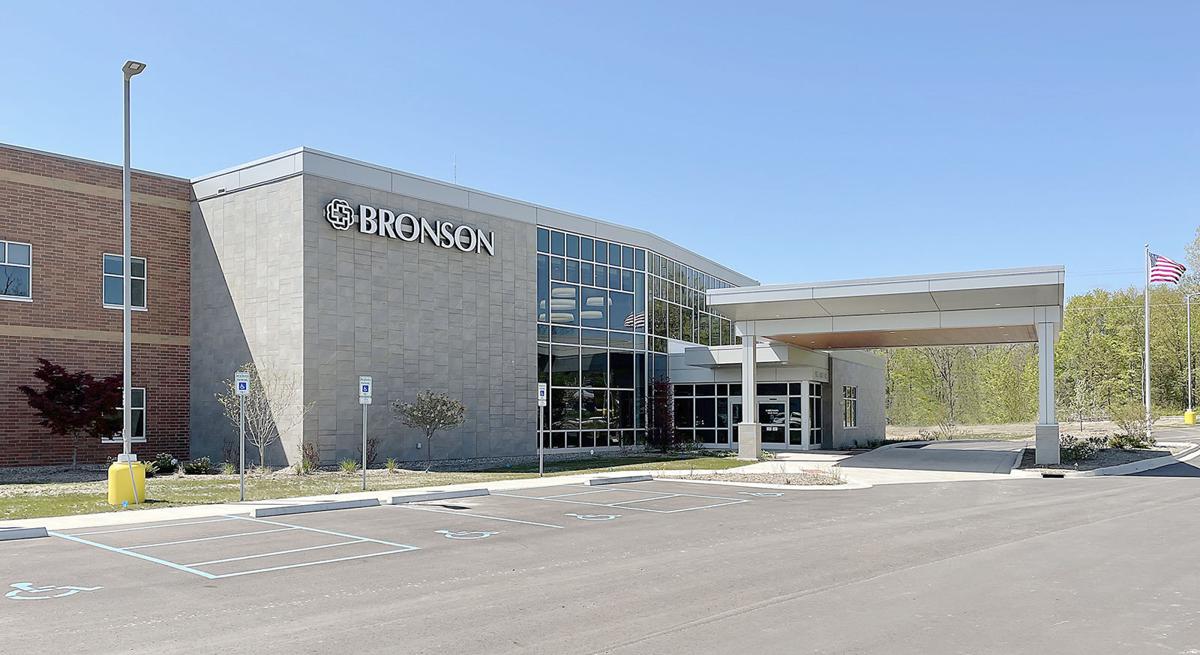 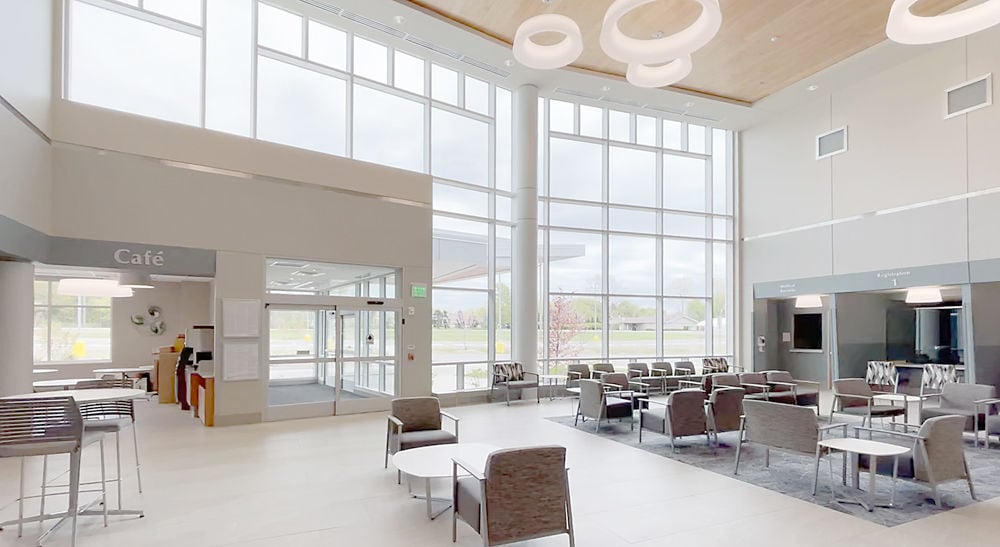 The new Bronson South Haven Hospital features an expansive, open-air, two-story lobby where patients can be greeted and registered. The lobby also had a café and gift shop. The café will also be open to the public.

The new Bronson South Haven Hospital features an expansive, open-air, two-story lobby where patients can be greeted and registered. The lobby also had a café and gift shop. The café will also be open to the public.

The new $22 million Bronson South Haven Hospital is now open to the public, heralding in what Bronson officials says will be a new era of medical care for the South Haven area.

“This new facility is a $22 million investment in advancing the health and well-being of patients and families in South Haven and the surrounding region,” Bronson Healthcare President and CEO Bill Manns said, regarding the hospital's official opening on May 27. “The inpatient and outpatient care provided here will be second to none and will attract new providers and staff to this community for generations to come.”

The two-story, 52,000 square foot, state-of-the-art facility is located directly east of the existing hospital and is accessible from both Blue Star Highway and Bailey Avenue. A large open two-story lobby greets patients, families and staff and offers multiple amenities including a café, gift shop, greeter station and convenient registration area with private bays. The café features an expansive windows that bring the outdoors in, and will be open to the public as well as hospital visitors, serving a variety of menu options prepared by the Bronson South Haven dietary staff.

A significant portion of the first floor is dedicated to the emergency department, which has 14 examination rooms and trauma bays, a separate waiting area and a central nursing station that allows staff to have a 360-degree view of the entire department. The ambulance entrance is positioned on the south side of the building where it is easily accessible to emergency vehicles and to the helipad for patients requiring air transport.

The core lab provides expedited processing of specimens from the emergency department and is centrally located to serve all departments in the hospital. An adjacent phlebotomy area with four private bays offers privacy and easy access for outpatients who need a blood draw for testing. Pharmacy services are also located on the first floor providing easy in and out access for prescriptions and retail items.The inpatient unit has six private rooms and one semi-private room. Each room has windows with nature views, a comfortable seating area for family and guests, and its own bathroom, which includes a shower and storage area for personal items. Patients will be able to call room service and have snacks and meals delivered to their room. An open nursing station provides visual access to all of the rooms on the unit. Additional departments located on the first floor include: dietary, environmental services, maintenance, bio-med and receiving. Staff areas on the first floor include men’s and women’s locker rooms and bathrooms, consult and conference rooms, a staff lounge and a mother’s lounge for women who are breastfeeding.

“We couldn’t be more proud of our providers and staff who have been working around the clock to deliver exceptional care to our community, especially during the pandemic,” Dr. Matthew Dommer, Bronson South Haven Hospital's chief operating officer said. “We can now put the challenges of an aging facility behind us as we move to modern surroundings and a new, more efficient and effective way of providing healthcare services.”

Hospital officials had hoped to open the new hospital earlier this year, but were hampered by construction supply issues caused by COVID-19 health restrictions.

“Unexpected delays in receiving some building materials due to the disruption to supply chains during the pandemic contributed to the two month delay,” Dommer said.

Now that the new hospital is open, Bronson plans to tear down the current facility at 955 S. Bailey Ave.

“It would have cost $40-$60 million to fix the current facility,” Kirk Richardson, senior vice president of community care for Bronson Healthcare, said in a previous interview. “That's why it was decided to build a new building.” It wasn't just the expense. but the age of the existing medical facility, which has infrastructure that dates back to the 1940s to mid-1960s, he went on to explain.