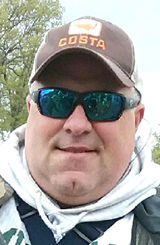 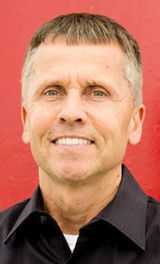 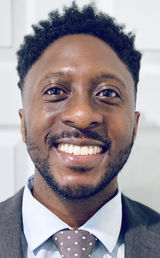 South Haven Mayor Scott Smith will seek his third two-year term in office in Tuesday’s upcoming Primary election, but will be challenged by two other candidates.

Both Ahmmad Goodwin and Tim Stegeman have placed their name on the ballot to seek their first two-year term as mayor. The two top voter getters in the Primary race will advance to the general election in November, where the winner will become mayor.

All three candidates have experience serving on city boards and commissions.

Goodwin served on the South Haven Housing Commission for 4 years. He is employed at Vibrocoustic’s test lab engineering facility. He graduated from South Haven High School, and obtained an associate’s degree from Grand Rapids Community College and a certification in personal and physical conditioning from Blue Heron Academy.

Stegeman is currently chair of the city’s planning commission. He has also served on the city council, parks commission, Board of Public Utilities, airport authority, harbor commission and most recently, as chair of the beach safety committee. He was named president of the Michigan Steelheaders in 2019. He is also quite active with South Haven Steelheaders, the Star of the Lake Masonic Lodge, Knights of Columbus and Moose Lodge.

He graduated from South Haven High School and obtained a bachelor’s degree in horticulture from Michigan State University. Semi-retired, he also is a blueberry grower.

The three mayoral candidates were asked why they are seeking office and what major issues are facing the city. Their responses follow:

Goodwin said he’s running for office because he wants to see change within city staff, the city council and the community.

“I’d like to see more diversity with jobs throughout our city staff,” he said. “Two, would be to push the city council to a new level, ensuring the public that they’re following through not only with words but with actions. Thirdly, to revamp our festivals with extended hours and new ideas to keep our summers filled with fun and recreation.”

Smith said he’s seeking re-election to continue the betterment of the community.

“I want South Haven to be a community we are proud to call home,” he said. “I believe we need to utilize a balanced approach to manage our year-round and seasonal economies. I will continue to make customer service and community input a priority. As mayor, I will work hard to make sure all voices are heard.”

Stegeman said he’s running for the mayor’s office because of the experience he has gained over the years serving on various boards and commissions and to better address road and infrastructure improvements.

“I think after all the boards and committee I’ve been on I have the know-how,” he said. “I want to make good on the promise I made when we initiated the 20-year road millage.” Stegeman went on to say that several projects on the list were pushed back to use as matching grant money for road projects in the central business district over the past decade. “I want to make sure we’re following the plan we laid out in mid-2000s,” he said.

Major issues that Stegeman says face the city are road and infrastructure improvements, adjusting to the economic challenges and other changes that are occurring due to the COVID-19 pandemic, and coming up with ways to create more affordable housing.

Ward 2 – Newcomers Kam Daugherty and Wendi Onuki are running unopposed in the primary. They will proceed to the November election where a winner will be chosen to replace current council member Chris Campbell, who chose not to seek re-election. There was a third candidate for Ward 2 – Robert Overheul, however, he passed away in June.