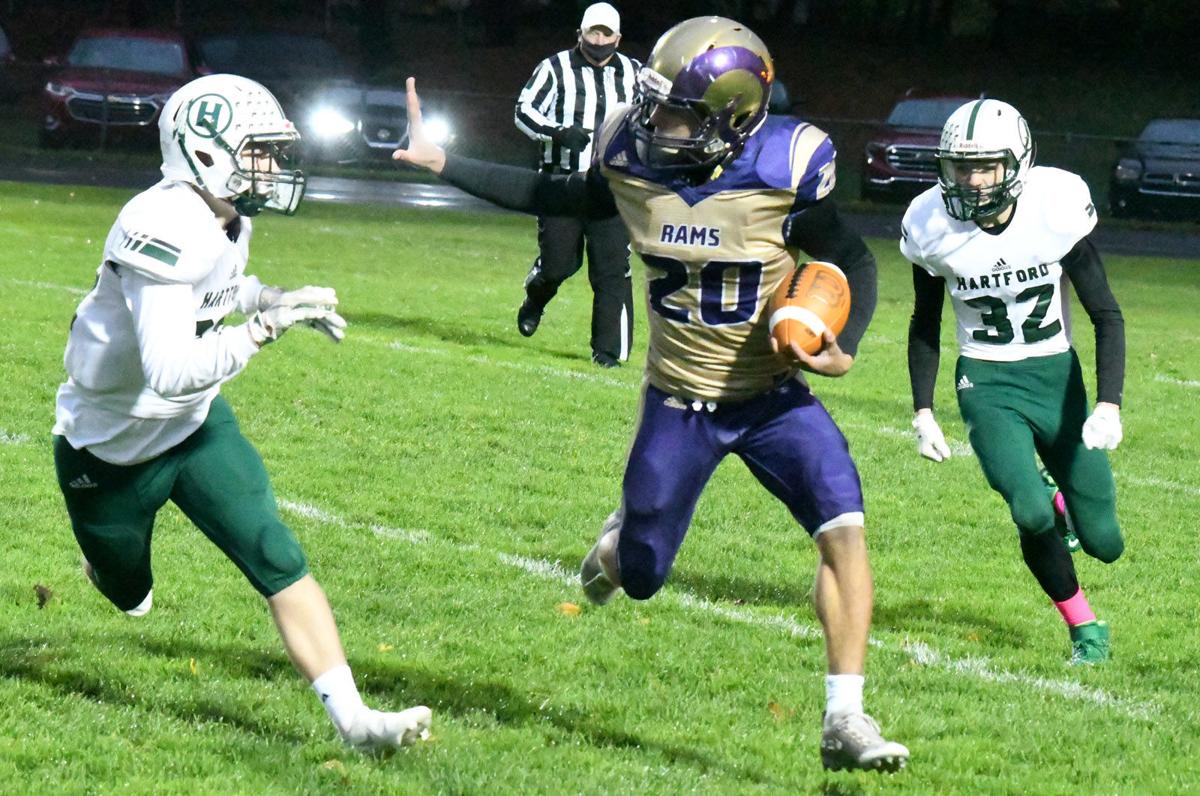 South Haven running back Trevor Winkel (20) fends off a Hartford defender during Friday’s homecoming game on Oct. 23 at Ratcliffe Field. 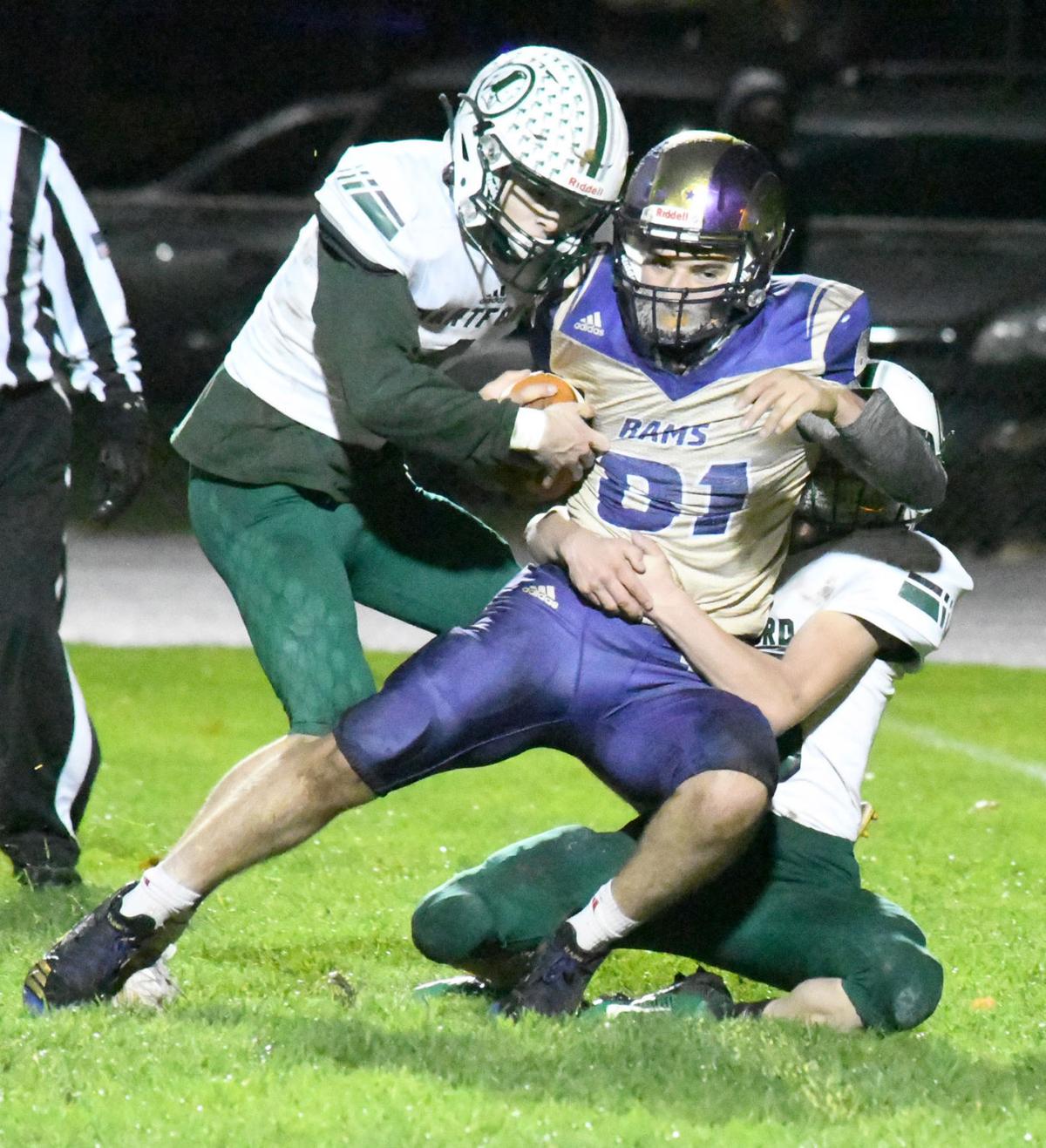 Two Hartford players attempt to bring down South Haven’s Chris Rainey during last Friday’s homecoming game at Ratcliffe Field. Rainey was one of the Rams who scored a touchdown for his team in South Haven’s 64-20 victory oover the Indians.

South Haven running back Trevor Winkel (20) fends off a Hartford defender during Friday’s homecoming game on Oct. 23 at Ratcliffe Field.

Two Hartford players attempt to bring down South Haven’s Chris Rainey during last Friday’s homecoming game at Ratcliffe Field. Rainey was one of the Rams who scored a touchdown for his team in South Haven’s 64-20 victory oover the Indians.

South Haven ended its regular season on a winning note by rolling over Hartford, 64-20, to mark the first time since 2008 that a Rams varsity football team was able to put together a winning season.

The victory over the Indians on Oct. 23 improved South Haven’s record to 4-2 going into post-season play where the Rams faced Dowagiac in a district opener, Friday, Oct. 30. Results were not available as of press time.

After the lopsided win over the Indians, South Haven Coach Mark Eddy remarked, “I thought we could win, but the outcome was a bit surprising. We put in a solid week of practice. The kids played very hard and fast from the beginning to the end. We were very proud of their effort. We ran the ball well and played solid defense.”

Eddy also credited the coaching staff at not only the varsity level, but the JV and middle school levels.

“The coaching staff has done a great job this season,” he said. “The JV and middle school teams both went 4-1.”

In the game against Hartford, South Haven racked up 30 points before the Indians could find pay dirt late in the second quarter.

Rams quarterback Kaleb Bodfish started the scoring spree by scoring a touchdown early in the first quarter. A successful conversion by Trevor Winkel put the score at 8-0. South Haven then went on to score three more touchdowns; two by Trent Till and one by Chris Rainey.

After getting on the scoreboard at the end of the first half, the Indians tried to keep their momentum going in the second half. They managed another touchdown early in the third quarter putting the score at 30-14.

But the Rams continued to dominate on offense, racking up five more touchdowns.

Trevor Winkel and Trent Till each scored three touchdowns for the Rams. Both Kaleb Bodfish and Chris Rainey had one TD.

Winkel led South Haven in rushing with 195 yards. He was followed by Till with 167. Bodfish passed for 43 yards in what was primarily a game won on the ground.

On defense, Keyon Thomas led the Rams with 5 tackles. He was followed by Till, Damon Jackson and Xander Willet, who each had four tackles. Till also had 1 quarterback sack.

Friday’s game against Hartford also coincided with the Rams’ homecoming. Due to the pandemic it was a different kind of Homecoming. The crowd, for instance, was limited to two guests per game participant and South Haven High School students.

The Purple Pride Marching Band was finally given the green light through the MHSAA COVID-19 standards to perform at pre-game and halftime while socially distanced. Cheerleaders were also present on the sidelines with face masks on to cheer on the team and the fans.

And yes, a Homecoming king and queen were crowned during halftime – Trevor Winkel and Hailey Copeman.