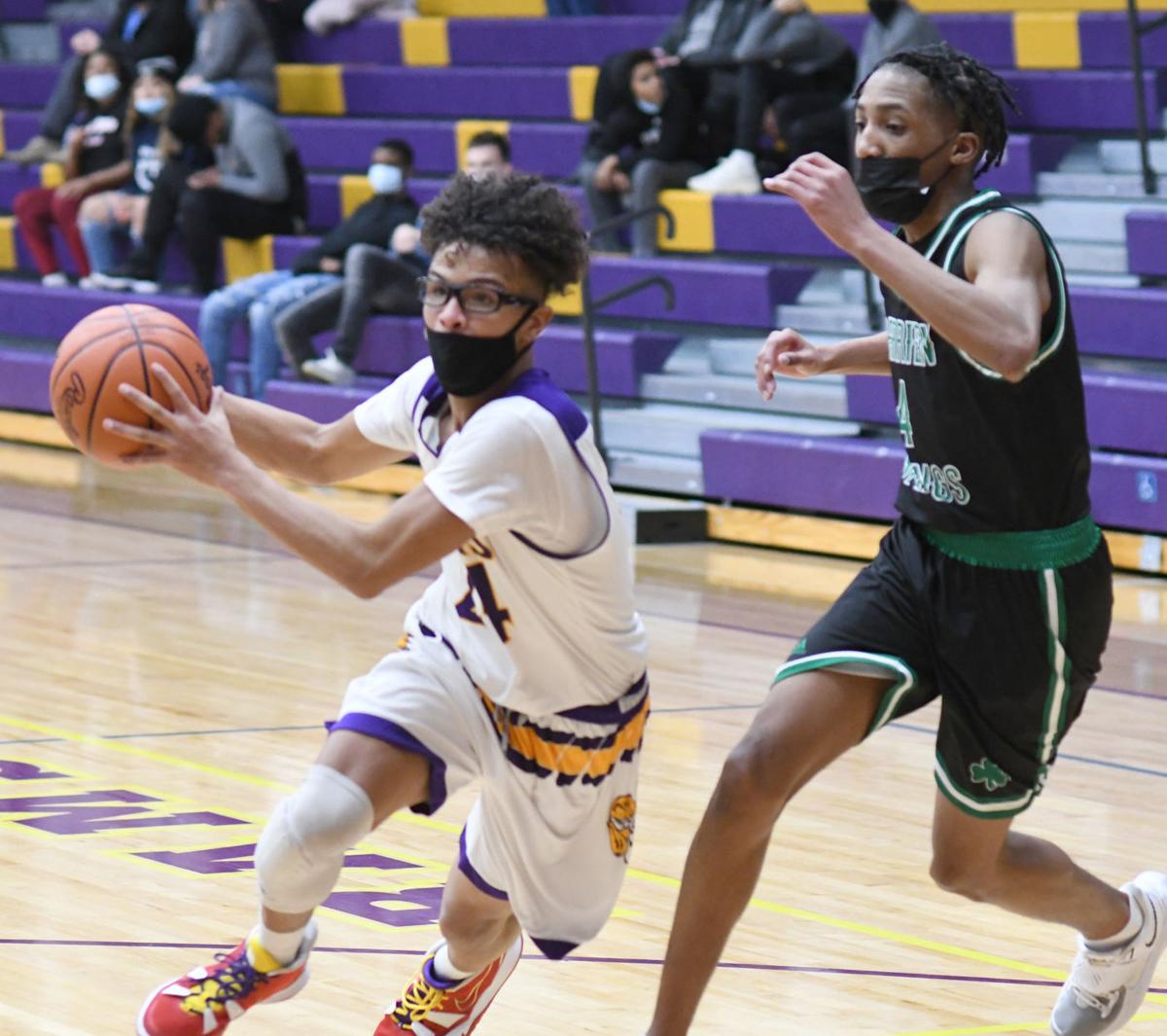 South Haven’s Keyon Thomas drives to the basket for a layup during the Rams’ season opening game against Berrien Springs, Feb. 12. The Rams went on to win the contest, 42-41. 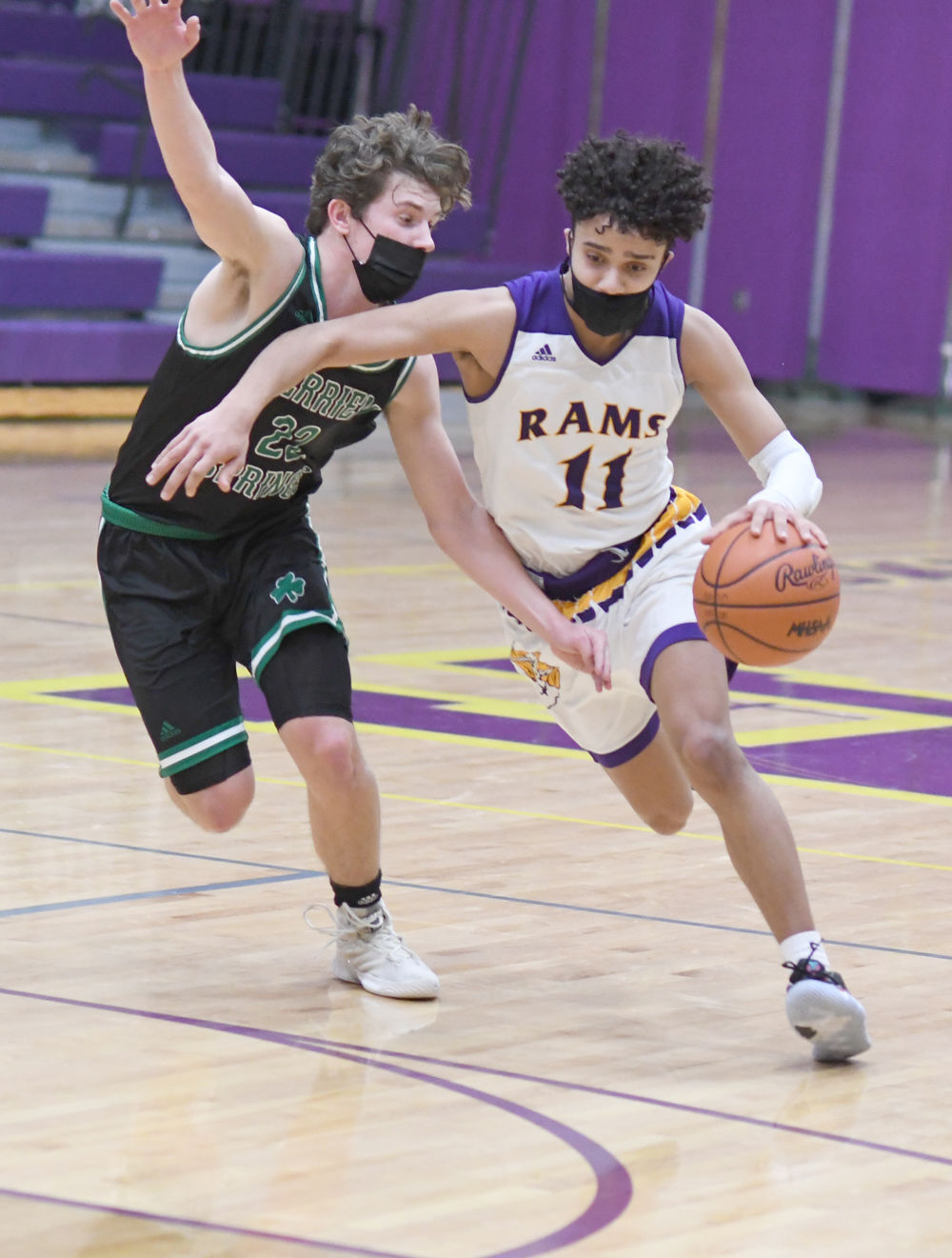 South Haven’s Keyon Thomas drives to the basket for a layup during the Rams’ season opening game against Berrien Springs, Feb. 12. The Rams went on to win the contest, 42-41.

The score was close all throughout the game. The Shamrocks ended first-quarter play with a one-point lead over the Rams, 10-9. Both teams managed to score 9 points, each, in the second quarter to go into halftime with Berrien Springs retaining its one-point lead, 19-18.

However, South Haven came alive on offense in the third quarter to outscore the Shamrocks, 13-10, leading up to the final stanza with the score at 31-29 in favor of the Rams.

Toward the end of the fourth quarter, it looked like Berrien Springs would seal the win in the game’s final seconds, but South Haven’s Jackson Williams deflected the ball on the Shamrocks final in-bound pass with 1.5 seconds left on the clock to give the Rams the victory.

“The Rams’ captains led the way for South Haven in their season home opener, South Haven Coach Ryne Hagerty said. “The three seniors – Xavier Ward, Jackson Williams and Kayden Hamdani – showed why their teammates chose them as captains. Kayden Hamdani was everywhere grabbing 5 rebounds, handing out 3 assists, 2 steals and 6 points. Jackson Williams led the scoring for the Rams with 11 points. Senior Xavier Ward had 10 points, 7 assists, went four-for-four from the free-throw line and hit the go-ahead jumper. Junior Keyon Thomas provided a much-needed spark off the bench with 9 points and a huge 3-pointer.”