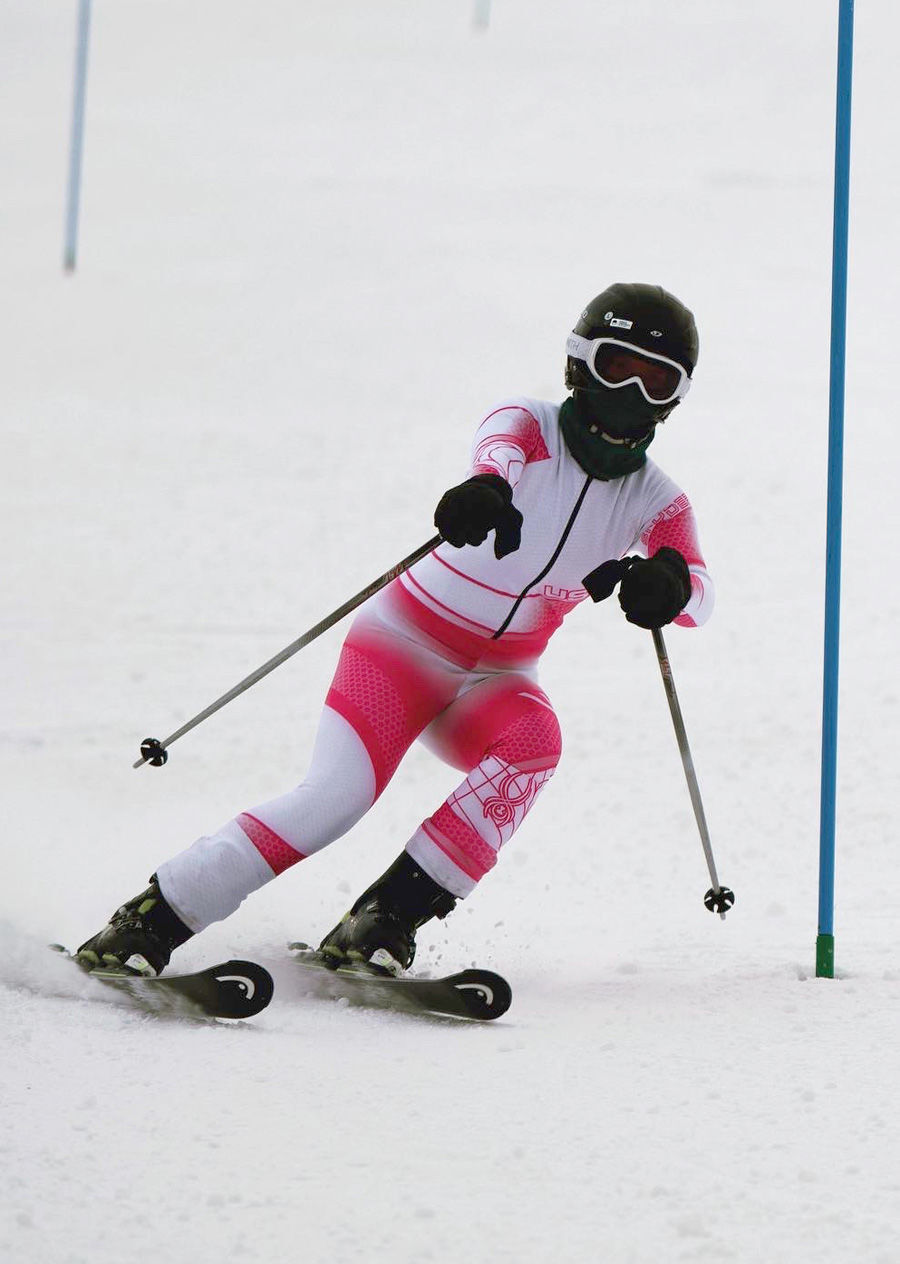 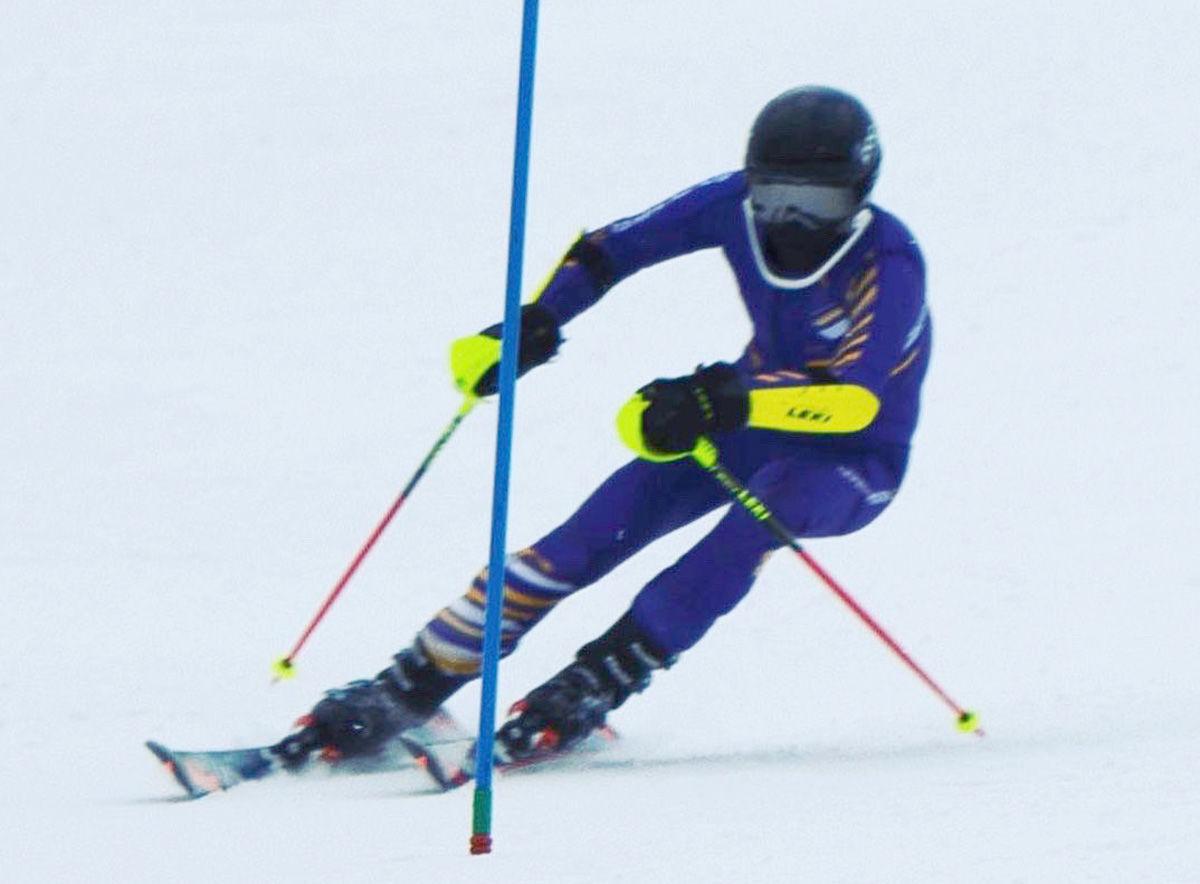 South Haven’s Garrett Smith approaches a slalom pole during a practice at Bittersweet Ski Resort in Otsego in preparation for last Monday’s race.

South Haven’s Garrett Smith approaches a slalom pole during a practice at Bittersweet Ski Resort in Otsego in preparation for last Monday’s race.

South Haven is having success on the slopes while other winter sports are stuck waiting.

As of last week, the Rams’ varsity skiing team was in third place in the seven-team Southwest Michigan Ski Conference, faring well against opponents with much larger enrollments. On Feb. 1, South Haven placed third in the giant slalom race and fourth in the slalom race at Bittersweet in Otsego. Prior to that on Jan. 27, the Rams fared in a similar manner. The giant slalom team came in third place and the slalom team, fourth, at Bittersweet,

The program is in its sixth season. Al Dubuisson has been the head coach the entire way, initially getting involved due to his son Sam’s interest. His assistant coach, Paul Johnson, joined from Mattawan after moving to South Haven.

“It started with my son wanting to ski race,” Dubuisson recalled. “He rounded up four of his buddies and signed me up as the coach. The first year we learned a lot. None of the kids had raced, I had never coached. I raced in college, but that didn’t help.

“It’s been fun to see the program grow.”

Skiing is the only outdoor winter sport offered by the MHSAA, and was the first winter sport cleared for a return to competition during the COVID-19 pandemic.

Skiers are required to wear facial coverings. The pandemic has created other difficulties for the Rams, such as transit to practice at Bittersweet Ski Resort in Otsego.

“They wear their mask, they do what they need to do so we can race,” Dubuisson said. “In the past I would take all the kids to practice in my crew cab pickup. I would drive them over and drive them back. That was really hard for us to give up, because that kind of bonded us as a team. But I’d rather have to give up that then give up the season.”

South Haven is the only local school to offer varsity skiing, which is not surprisingly more popular in the northern regions of the state. Marquette, Petoskey and Harbor Springs are among the established state powers. About 80 teams compete statewide, split into two divisions.

The conference season consists of four meets at Bittersweet and two at Timber Ridge Ski Area in Gobles. Skiers compete in the slalom and giant slalom events at each meet.

South Haven’s roster includes three boys and three girls, though the Rams technically compete as a boys team to have the required four racers. One more skier of each gender would allow for multiple teams, which Dubuisson said is a goal for the future.

Senior twin brothers Harrison Smith and Garrett Smith are the top skiers for the Rams, both regularly finishing among the top five at the first three conference meets. Also on the roster are senior Megan Morse, junior Jacob Timmer, and sophomores Tabitha Newberry and Elizabeth Sell.

“It’s more of a family than a team,” Dubuisson said. “These kids are great. I miss them when they leave.”

Dubuisson said he’s particularly proud of the team’s classroom success, as they’ve been academic all-state every season, sometimes with the best grade-point average among the state’s Division 2 teams.

The Rams will compete in a Division 2 regional in the Grand Rapids area on Feb. 8. They have never had a team or individual qualify for the state finals, though Sam Dubuisson came close. Coach Dubuisson said the Smith brothers may have a chance this season.

“I think ski racing is one of the hardest sports because if you fall, you’re out,” Dubuisson said. “You train and train, and one mistake and you’re out.”

Perfection, however, isn’t necessarily the goal.

“We know we’re not going to make World Cup skiers,” Dubuisson said. “We want them to have a lifelong love of skiing like we do.”