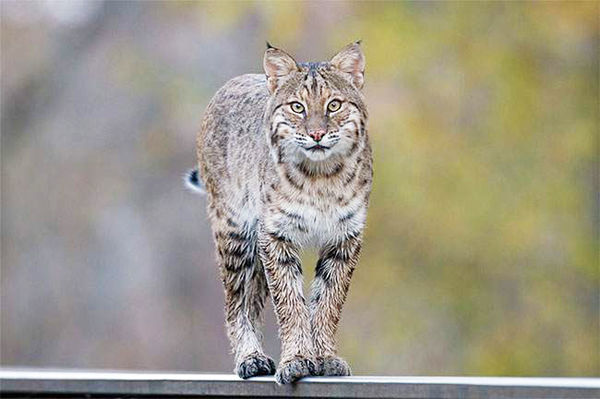 Bobcats like this one are slowly reclaiming areas of their former range, including Southwest Michigan. 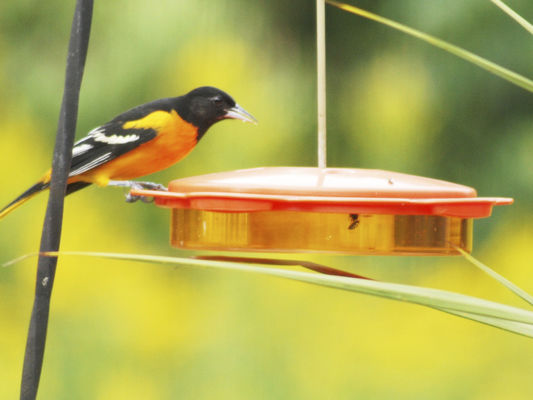 A male Baltimore oriole sits at a feeder containing nectar at the home of Randy Schrubba of St. Joseph Twp. on Sept. 10. 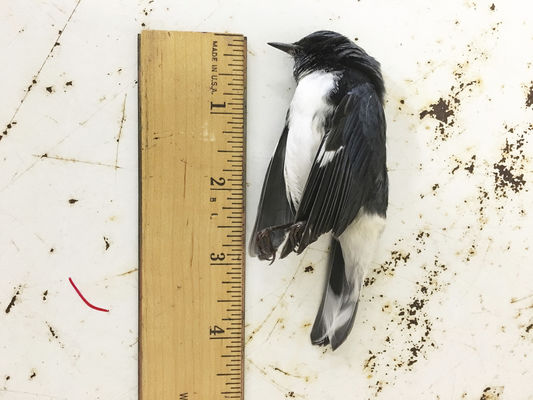 Bobcats like this one are slowly reclaiming areas of their former range, including Southwest Michigan.

A male Baltimore oriole sits at a feeder containing nectar at the home of Randy Schrubba of St. Joseph Twp. on Sept. 10.

Bill and Laura Reilly were arriving back at their family cottage in Watervliet Township on Labor Day at around 9 p.m. when they noticed a bobcat lying in their neighbor's grass.

As their car turned into the driveway, the bobcat was spooked and ran within inches of the vehicle, and Bill slammed on the brakes to avoid hitting it.Laura said when she first saw the animal, she expected it to be a coyote, but as it ran past the car, she noticed it had no tail. Bobcats actually do have a short, bobbed tail, which often goes unnoticed. She also noted "its head was broader and the ears were more feline looking," and both concluded the animal was indeed a bobcat. I learned of the sighting last week and reported it to Dr. Alan Kurta, Professor of Biology at Eastern Michigan University, and author of Mammals of the Great Lakes Region, said the bobcat could be living along the riparian corridor of the Paw Paw River. Bobcats prefer wooded areas and generally shy away from humans, so it makes sense that the bobcat seen by the Reillys would be attracted to the large, wooded area just to the north of Windermere Lane into which it was seen running. Bobcats are not easily identified male or female in the field, but the fact that this animal was not in the presence of any bobcat kittens would indicate it is probably a lone male. In summer, male bobcats have a home range of up to 2 square miles, so it's possible the animal remains in the area. Although it may be up and about at any hour, the bobcat is typically most active about two hours before sunset until about midnight. Bobcats eat small mammals such as eastern cottontail rabbit, mice, voles, and squirrels. Few young bobcats reach adulthood when prey populations are low. The average lifespan of the bobcat in Indiana and Michigan is around five or six years. Few in the wild live past 10 years. Changes in bobcat range since settlement, recent Berrien County records.When the pilgrims came to America in 1620, the bobcat ranged through much of North America. Habitat destruction and unregulated hunting and trapping resulted in the bobcat being wiped out of much of its range, especially east of the Mississippi River, during the 1800s. By 1900, the bobcat was gone from much of the Great Lakes region and the Northeast.In Berrien County, the species was last reported around the time of World War I, when a single bobcat was reported shot in Chikaming Township.During the second half of the 20th Century, forests in the eastern United States regenerated and well-regulated hunting and trapping resulted in an increase of bobcats in the eastern U.S. The species has returned as a breeding mammal in southern Indiana, and was confirmed in northern Indiana in 1993 when a 20-pound bobcat was snared near Waterloo in DeKalb County.In 2002, I reported in the Herald-Palladium on what I thought was a credible sight record of a bobcat seen north of Grand Mere State Park.