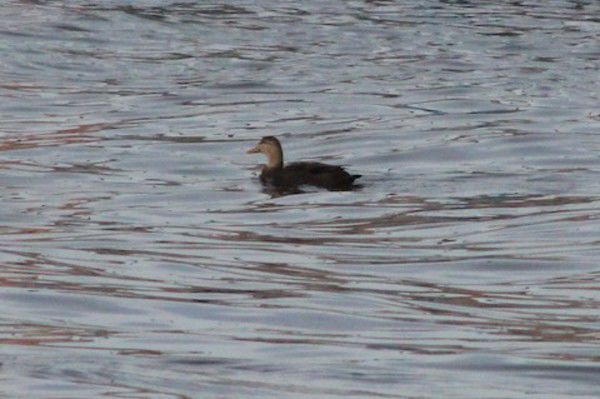 An American black duck in the St. Joseph River on Dec. 23. 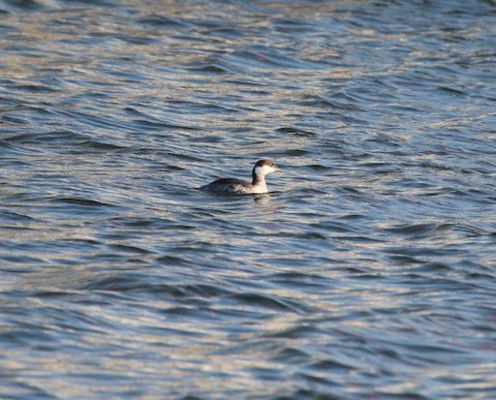 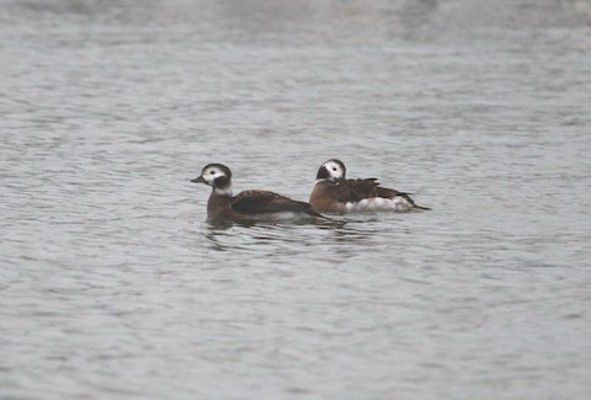 A pair of long-tailed ducks at New Buffalo harbor on Dec. 27.

An American black duck in the St. Joseph River on Dec. 23.

A pair of long-tailed ducks at New Buffalo harbor on Dec. 27.

One of the downsides of experiencing mild winter weather is that wildlife viewing is often dull. Birds and mammals are less conspicuous against the brown and gray landscape, and spend less time looking for food. Thus we look to Lake Michigan for noteworthy sightings.

A pair of winter plumage long-tailed ducks were photographed by Brad Anderson at New Buffalo harbor on Dec. 27. Long-tailed ducks are a frequent winter visitor along the Pacific and Atlantic seaboard states and provinces, also common on the Great Lakes from October to April.

The species is not often seen or photographed at close range. The birds in Anderson’s photos lack the distinctive long tail feathers, present when the birds are in breeding plumage from about April through late summer or early fall.

The long-tailed duck nests around the high latitudes of both North America and Eurasia, and migrates southward after breeding, arriving in Michigan waters in October and remaining through April. There are a few records of long-tailed ducks from Berrien County waters in late spring and summer. They represent late migrants rather than summer residents.

Long-tailed ducks, known for diving to depths of 150 feet or more, actually do most of their foraging at depths of around 25 feet.

Another diving waterbird photographed by Anderson last week is the horned grebe, seen in St. Joseph on Dec. 24. Horned grebes nest in Canada, south to North Dakota and northern Minnesota. During autumn, thousands of horned grebes pass through Michigan and other Great Lakes states on their way to the Atlantic and Gulf coasts where they winter. A few remain over the southern half of Michigan’s Lower Peninsula, as long as open water prevails. An American black duck was photographed on the St. Joseph River on Dec. 23 by Andrew Staufer of Kalamazoo. The American black duck looks similar to the female mallard. It is most abundant in Southwest Michigan during spring and fall migrations. During the winter months it is uncommon here. The best local place to find it in December and January is the Brown Sanctuary off Euclid Avenue in Benton Township.