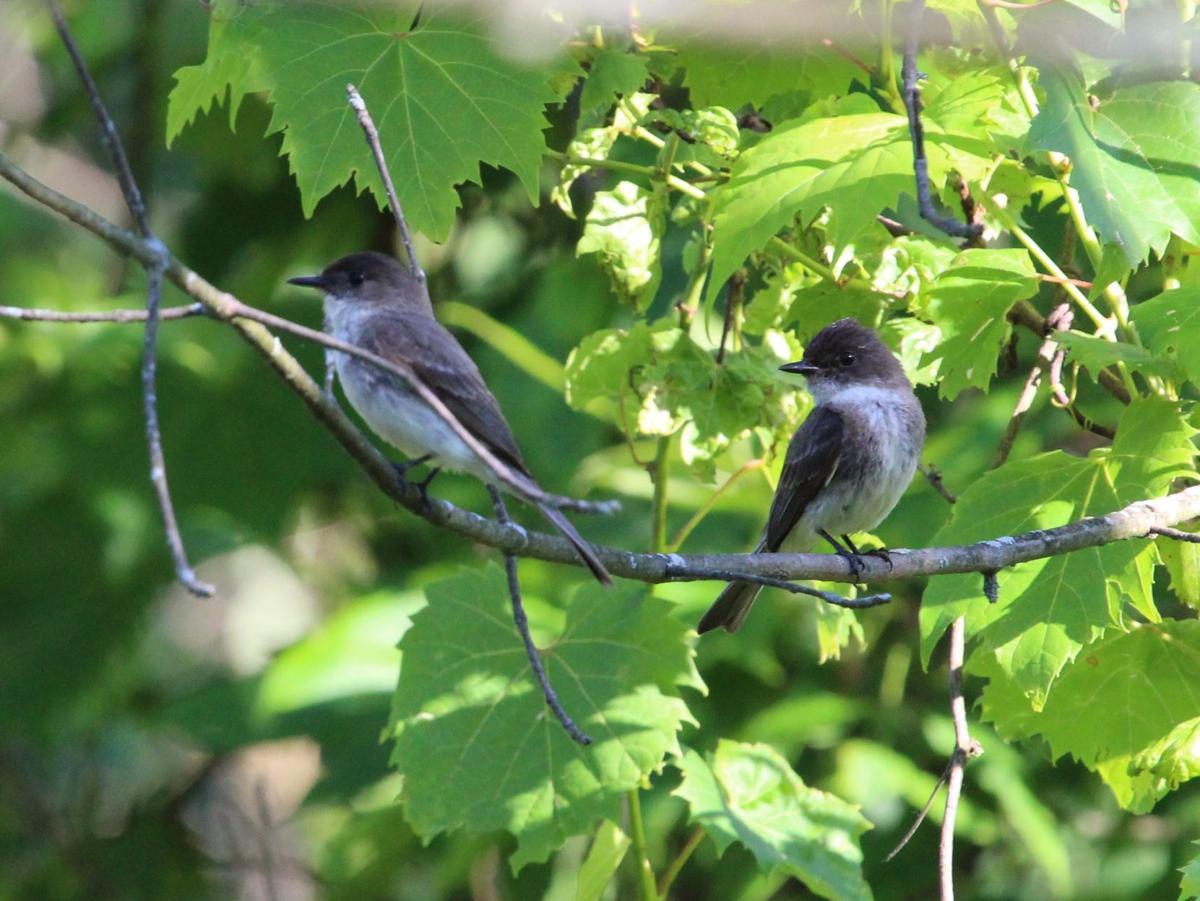 A pair of eastern phoebes are seen July 2 at Warren Dunes State Park. 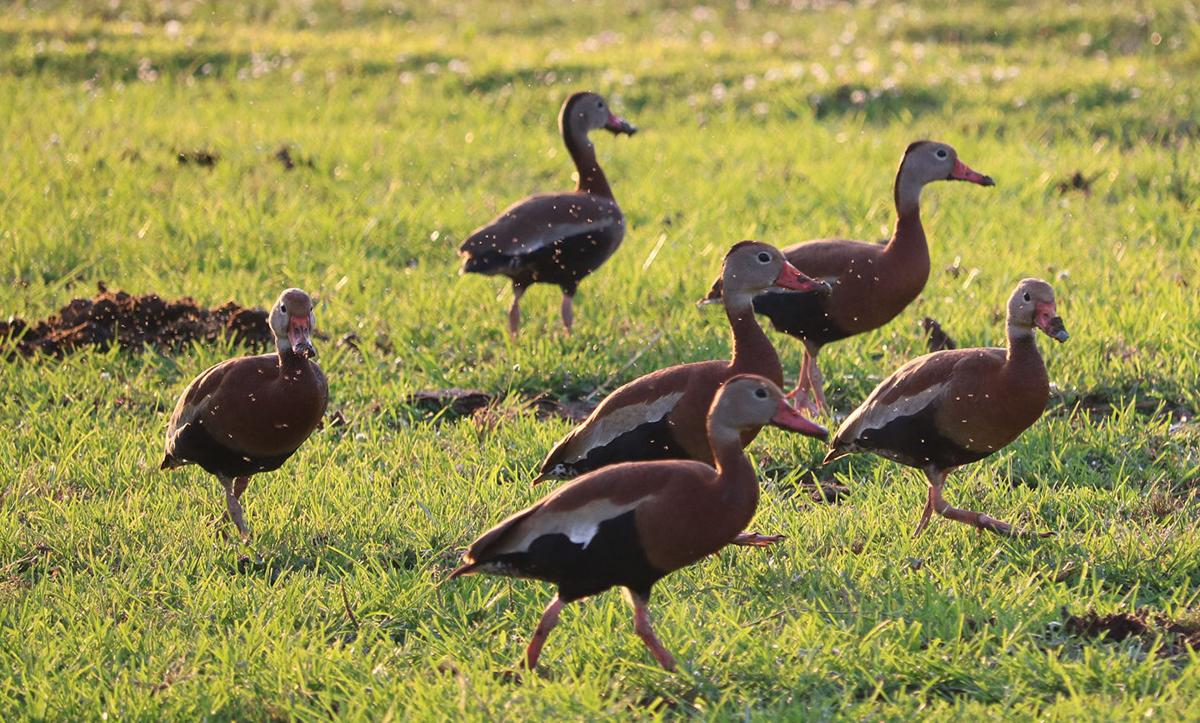 Six black-bellied whistling-ducks are seen July 10 at the home of Lizbeth Ter Meer in Hagar Township. They were gone the next day. 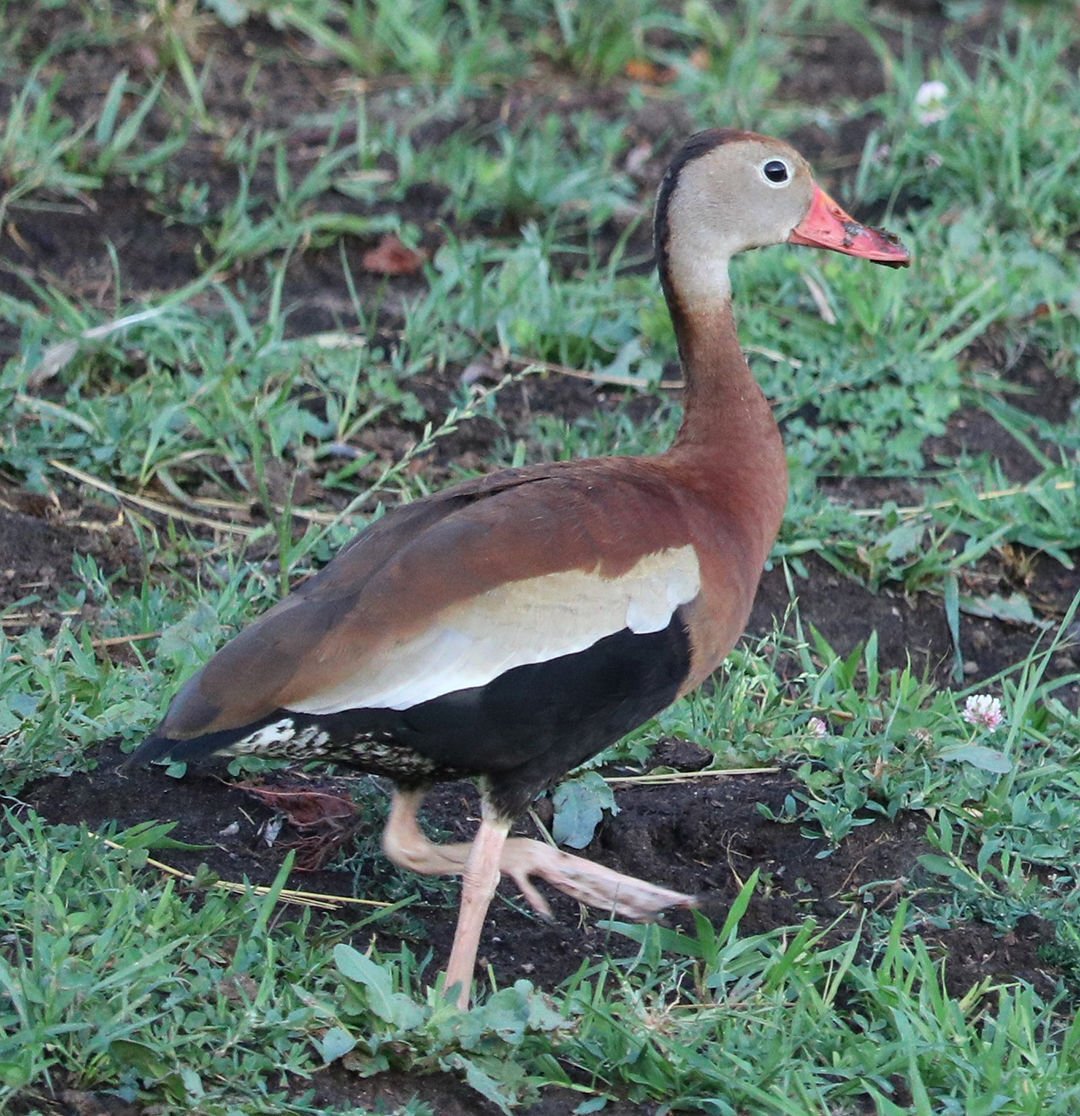 A black-bellied whistling-ducks is seen July 10 at the home of Lizbeth Ter Meer in Hagar Township. 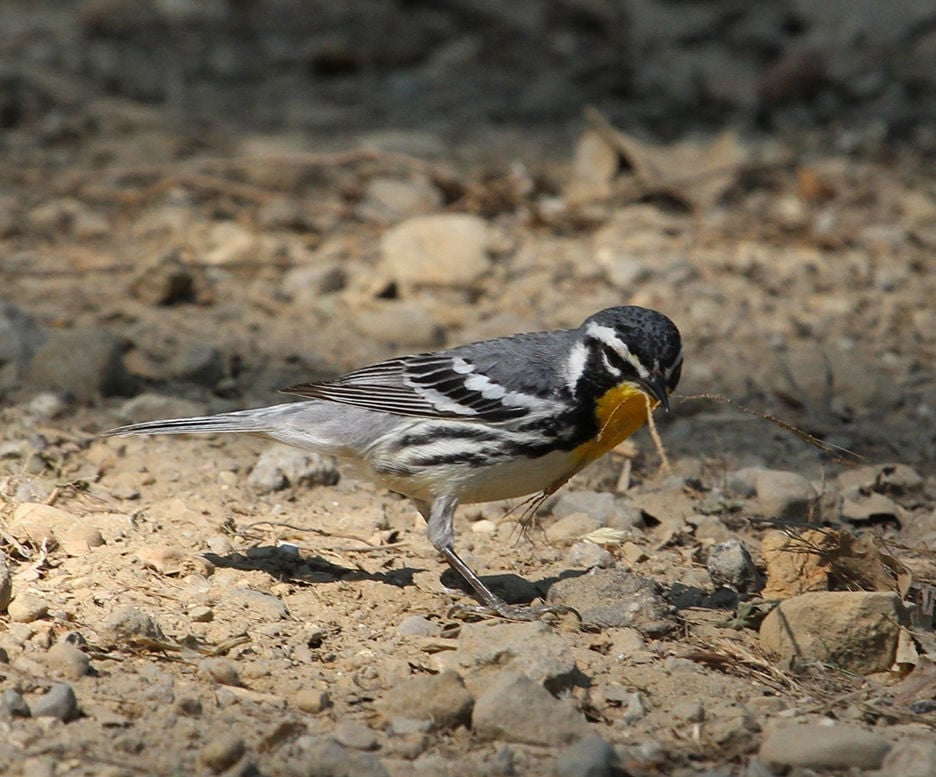 A yellow-throated warbler is carrying nesting material along Lakeside Road near Three Oaks. 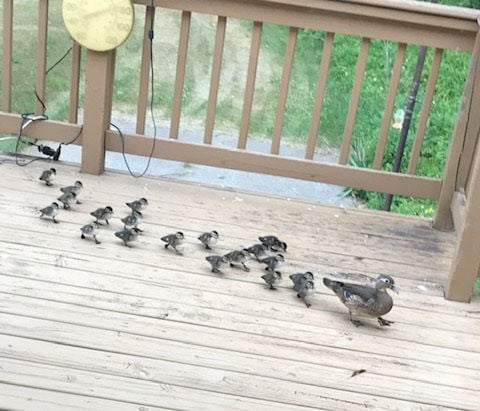 A mother wood duck walks her 19 babies across a backyard deck in Hartford Township.

A pair of eastern phoebes are seen July 2 at Warren Dunes State Park.

Six black-bellied whistling-ducks are seen July 10 at the home of Lizbeth Ter Meer in Hagar Township. They were gone the next day.

A black-bellied whistling-ducks is seen July 10 at the home of Lizbeth Ter Meer in Hagar Township.

A yellow-throated warbler is carrying nesting material along Lakeside Road near Three Oaks.

A mother wood duck walks her 19 babies across a backyard deck in Hartford Township.

One of the local bird highlights of 2020 is the discovery of six black-bellied whistling-ducks on July 10 at the home of Lizabeth Ter Meer of Hagar Township.

The ducks were seen by Ter Meer, and photographed by neighbor Debra Jesuthasan. The small flock was observed on the Ter Meer property for a good portion of that day but were gone the following day. To date, the ducks have not been relocated.

Black-bellied whistling-ducks have been expanding their range northward from South America and the Caribbean, and by the mid-20th Century were found in the United States, and not recorded in Michigan until 2006.

Records in the Great Lakes region have increased since the 1990s, with a total of 11 records in Michigan between 2006-2020. Berrien County’s first black-bellied whistling-duck, a single bird, occurred from April 18-27, 2014 at the Andrews University Dairy Farm.

So far this year, black-bellied whistling-ducks have been reported in Oakland, Ottawa and St. Clair Counties in Michigan, and several from the Chicago area.

The black-bellied whistling-duck was formerly called the black-bellied tree-duck for its preference of nesting in tree cavities. The species now breeds in the southern United States, and I am unaware of any breeding records anywhere within the vicinity of the Great Lakes or Ohio River.

The black-bellied whistling-duck looks like a cross between a duck and a goose, with long legs and straight posture of the neck and head. The bird stands at about 1 1/2-feet in height and a wingspan of 2 1/2 feet.

Brad Anderson photographed a yellow-throated warbler on June 18, as it picked up a piece of vegetation presumably to be used as nest making material, off the Lakeside Road bridge over the Galien River. The Kesling Preserve, owned by the Southwest Michigan Land Conservancy located along Forest Lawn and Lakeside Roads, harbors this species.

The yellow-throated warbler is a common summer resident along river bottom swamps across the Southeastern U.S., north to Illinois, Indiana, Ohio, southern Pennsylvania and New Jersey.

The species nests regularly in Berrien County along the Galien River basin, which is the species’ main nesting stronghold within the Wolverine State. The local yellow-throated warbler population attracts many birdwatchers to the region every year who want to see this southern wood warbler in Michigan.

The wooded forests along the Galien River contain the American sycamore – at heights of 20 to 70 feet – a nesting requirement of the yellow-throated warbler. Associate tree species include American basswood, American elm, silver maple and formerly white ash.

The yellow-throated warbler arrives back on its Galien River nesting territory by April 13, often identified by its song rather than by sight because the small songbird rarely ventures away from the tops of the trees. In Michigan, an average of four eggs in one clutch is produced each year, but in the south two broods may be raised.

Yellow-throated warblers along the Galien River are most active from April to June or early July, after which they are still present but sing less often after young have fledged the nests. The species can be observed with greater effort than spring into late September.

Brad Anderson also sent in a nice photo of a pair of eastern phoebes, taken on July 2 at the Kesling Preserve.

The eastern phoebe is the most abundant member of the flycatcher family in Southwest Michigan, common from March through October with occasional winter reports.

This flycatcher, although rather plain in appearance, is easily identified by its song, a repeated “pheo-be, pheo-be.” Another diagnostic behavior of the eastern phoebe is its tail bobbing.

Its nickname is bridge bird because of its habit of frequently constructing its nest under bridges. The nests are constructed out of hair, feathers, grass and held together with dried mud pellets. The two adult eastern phoebes in Anderson’s photo are likely a local nesting pair.

Larry Blyly of Harford Township submitted a photo of a hen wood duck along with 19 babies in tow crossing his backyard deck.

Wood ducks nest in hollow tree cavities or nesting boxes constructed specifically for the species. Nest sites must be over or near water. The wood ducks in Blyly’s photo probably were hatched over the nearby Paw Paw River.

The majority of the wood duck population leaves Michigan by the middle of November for the Southeastern US, but a few do remain around open water throughout the winter.