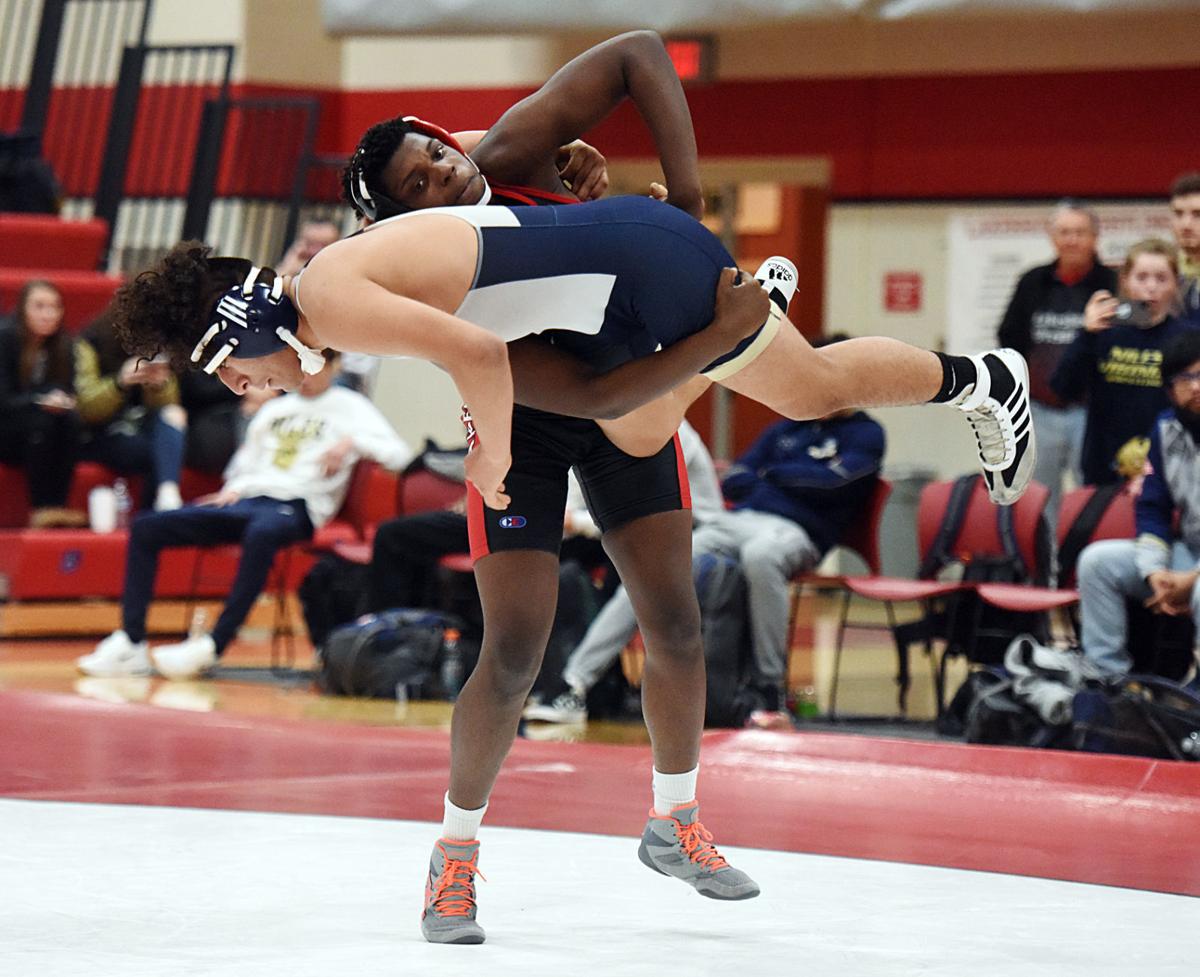 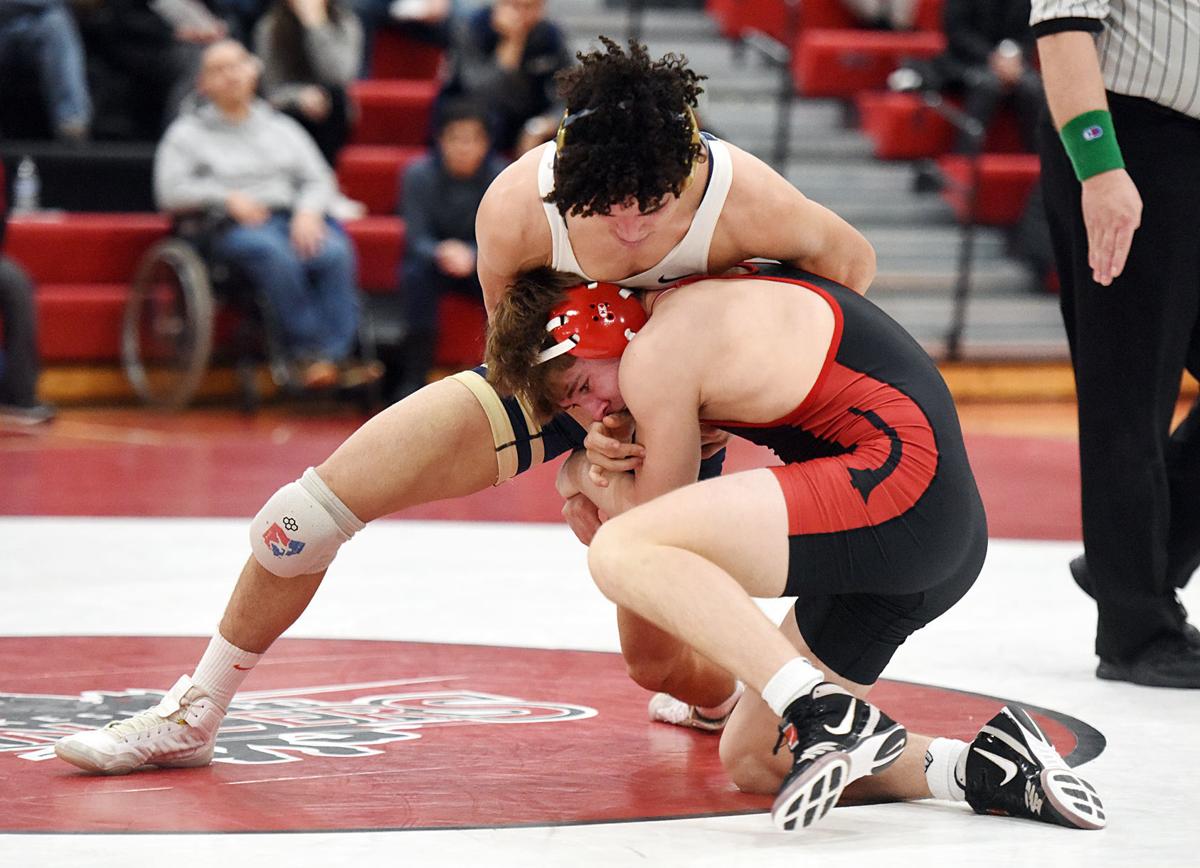 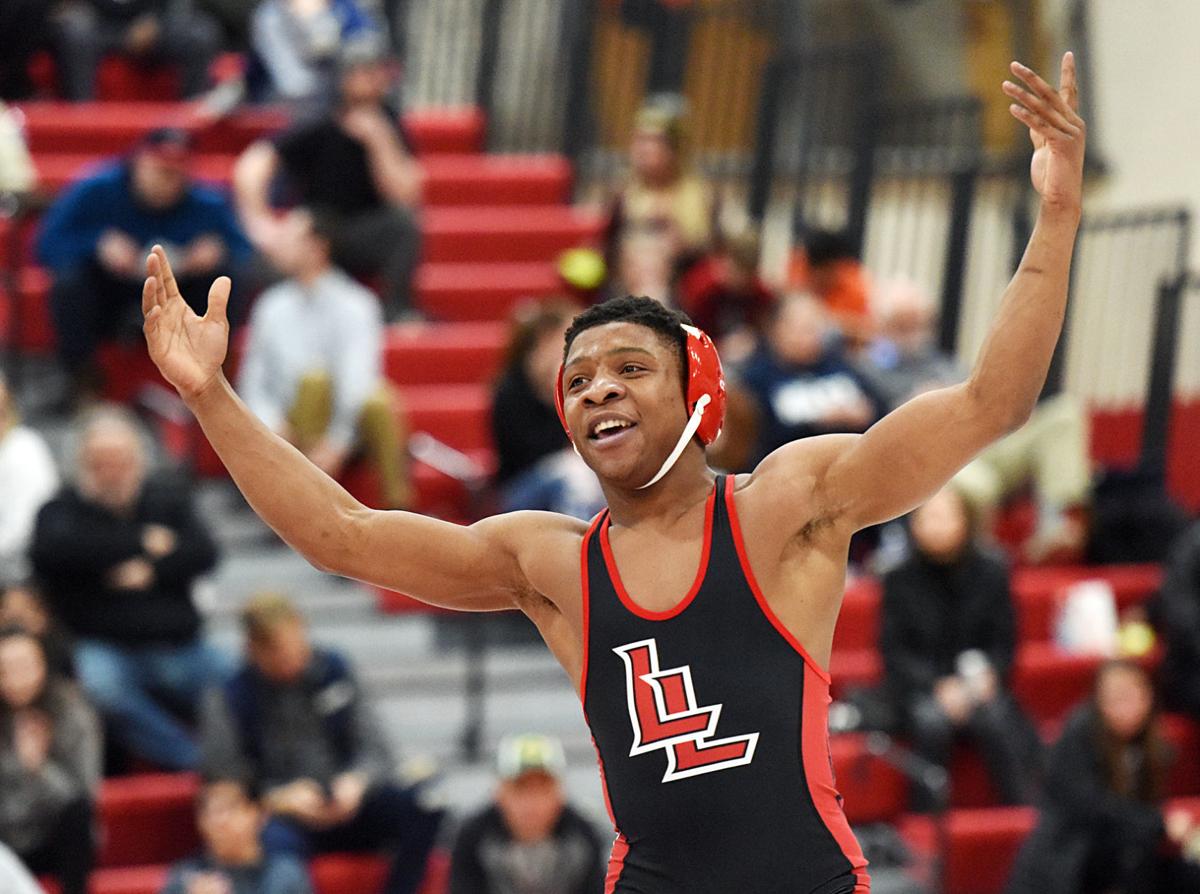 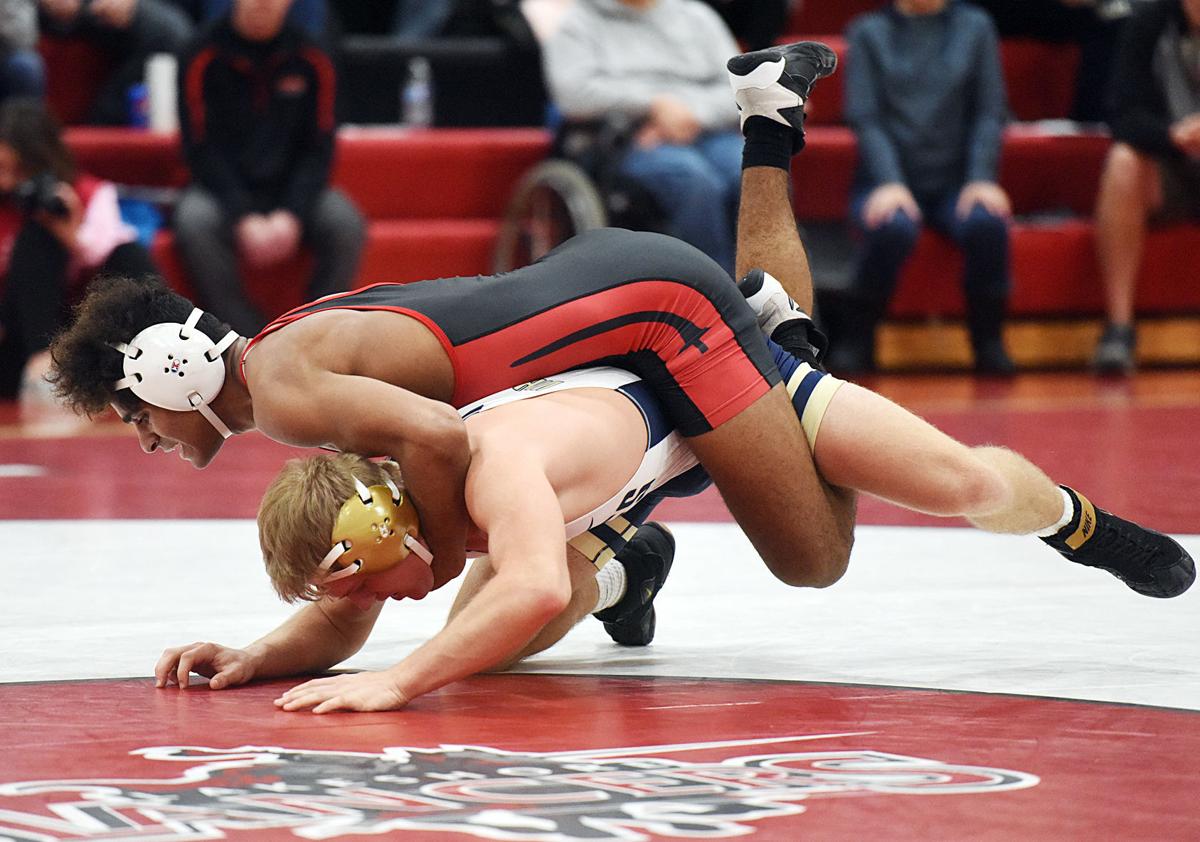 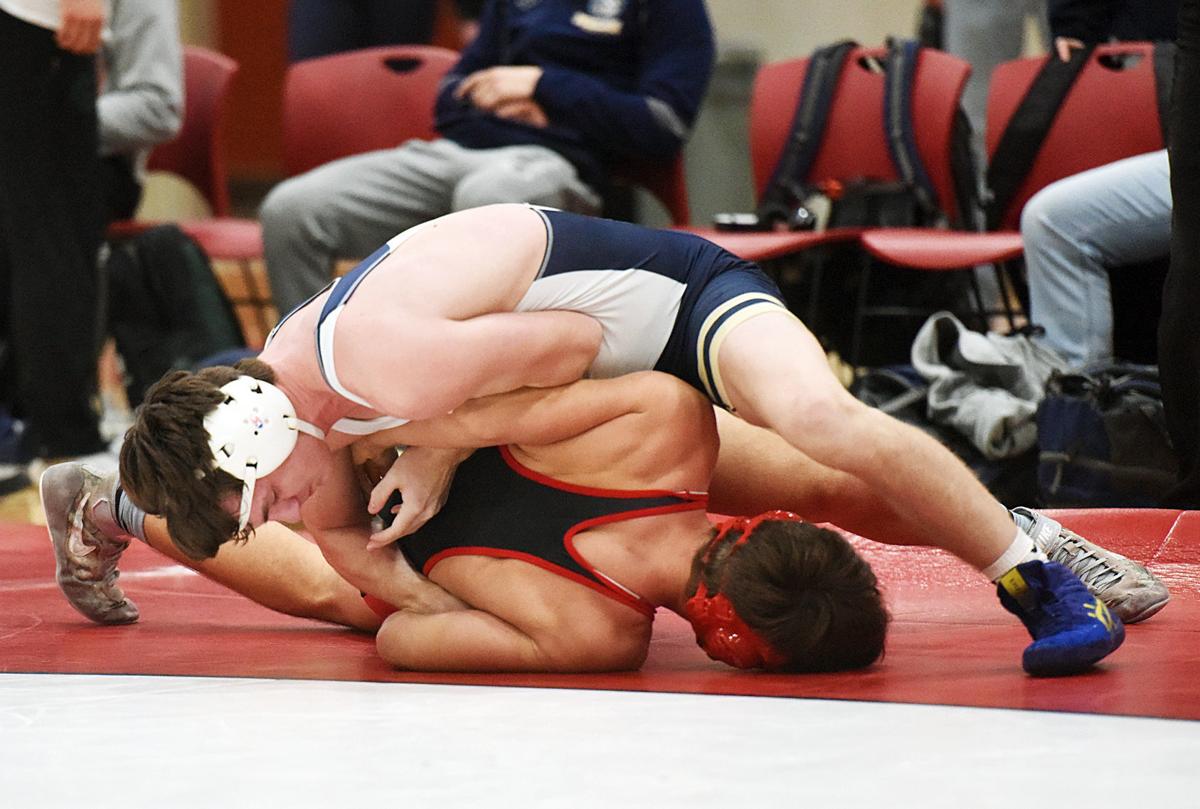 Coach Bruce Bittenbender’s Lancers waltzed to a 49-15 victory as Hesson did not put four of his top grapplers on the mat.

“We’re going to see Lakeshore a lot, and I don’t need to see them more than we do,” added Hesson. “We came in here tonight to see where some of our other kids are at, and if we win our tough district we’ll see Lakeshore again in the (team) regional.

“I realize they won the SMAC West Division, with this win,” noted Hesson. “They’re a good team and I don’t know if we can beat them. But at least we figured some things out tonight.”

“I don’t understand it,” Bittenbender said of Hesson’s decision. “He must have had a reason for doing it, but it’s something I would never do.

“We had a big crowd here tonight expecting to see a close meet,” added Bittenbender. “It had to be disappointing for them.”

“Winning West Division team titles is always one of our goals,” noted Bittenbender, who praised his squad’s effort despite the Vikings’ make-shift lineup. “(Tafara) Rukunda at 171 and (Jonathon) Gelesko (125-30) are both really coming on.”

The conference meet is Saturday at Portage Northern.