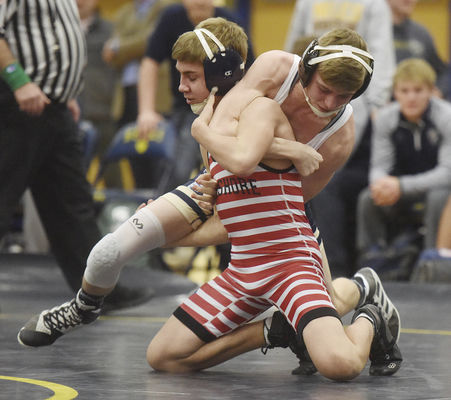 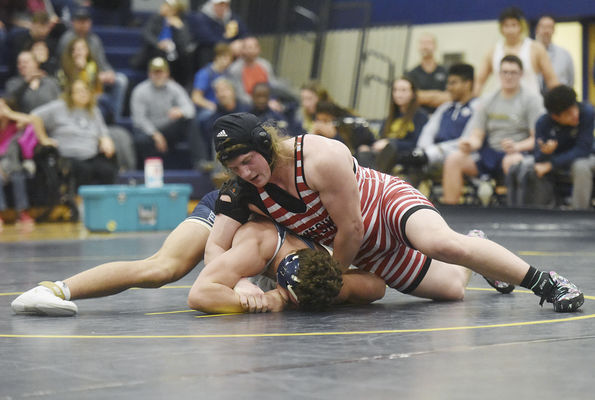 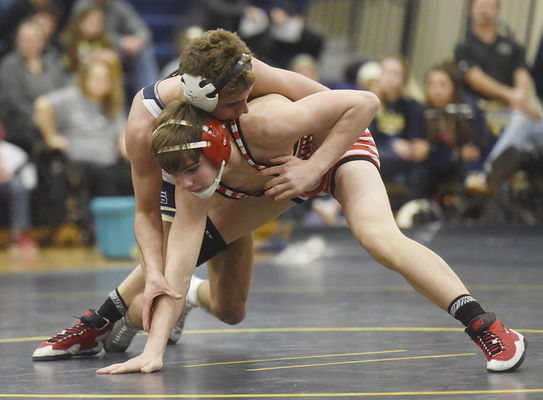 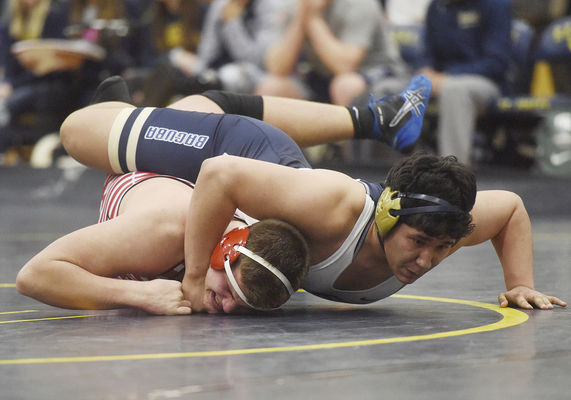 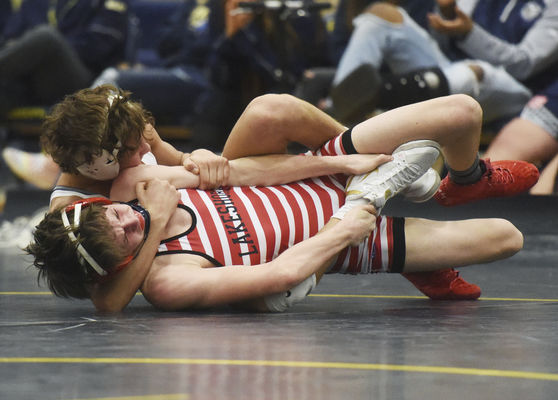 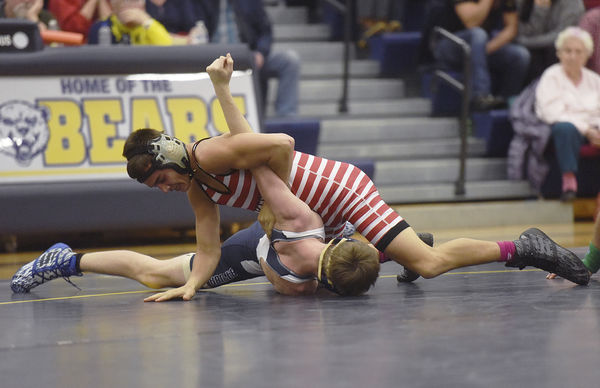 “I told our guys it was time to get going from 135 (pounds) on, and they certainly responded,” praised Hesson of his team’s expected effort. “Lakeshore has been coming on of late, and they certainly came to wrestle tonight, as they always do. “We won a couple close ones at 145 and 160 to keep our run going.”

The meet started at 215, and the Lancers won five of the first seven matches.

That included first period pins by Cameron Litaker at 103 and Jonathan Gelesko at 119 on their way to the 24-9 advantage at the midway point.

“I was pleased with our young team’s effort tonight, but Niles is just so strong, especially on top,” noted Bruce Bittenbender, veteran Lakeshore coach, whose squad bowed out at 11-6. “We lost those two close ones, or it could have got interesting. We could be a force to be reckoned with next year, depending how much all our returning kids work.”

Niles, the Southwestern Michigan Athletic Conference champs, will take a 16-4 record into the team regional next Wednesday at Edwardsburg, winners of the Sturgis district. Mattawan meets Harper Creek in the other 6 p.m. regional semifinal. The Vikings will be heavily favored.

In the title match, the Vikings won nine matches against the Lancers, including five by pins. Garnering falls for Niles were heavyweight Brian Soto, Bryce Brust (140), Robert Buckland (152), Cade Best (171) and Dawson Bruckner (189).