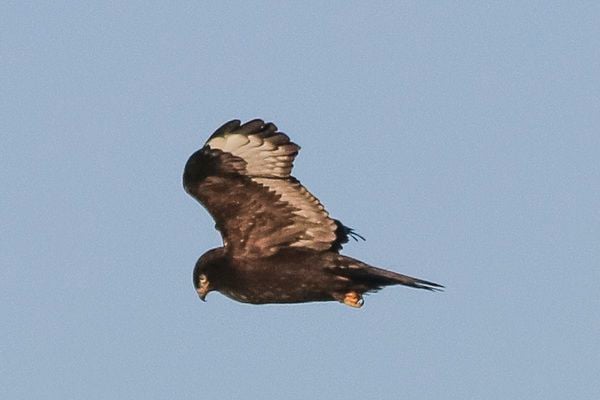 A rough-legged hawk flies along Linco Road on Dec. 21. 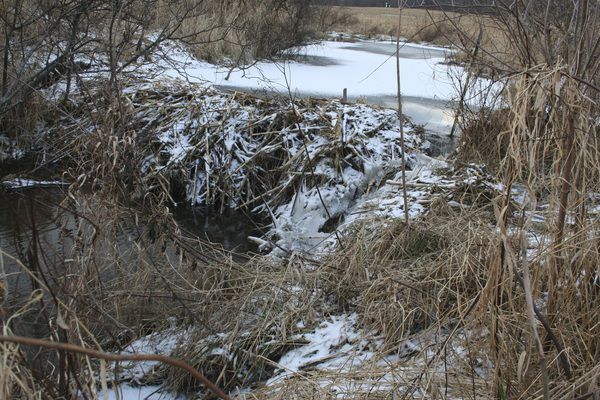 A beaver dam on Lemon Creek earlier this month, just off Garr Road in Oronoko Township.

A rough-legged hawk flies along Linco Road on Dec. 21.

A beaver dam on Lemon Creek earlier this month, just off Garr Road in Oronoko Township.

Featured this week is a photo of a dark-phase rough-legged hawk, taken on Dec. 21 along Linco Road, near Hollywood Road.

In Southwest Michigan, rough-legged hawks show up in October and November and remain through March or April, and are often found over large open areas along Linco Road and the large fields lying between Three Oaks and Galien along US-12.

Like the snowy owl, numbers of rough-legged hawks that overwinter vary each year based on food availability in the north.

During the 19th and early 20th Centuries, grain stubble in farm fields was not plowed into the soils until the following spring. This allowed more habitat for mice, voles and other small animals and birds, which were preyed upon by the rough-legged hawk and other raptors.

Mechanized plowing became more prevalent in our region as the 20th Century progressed. As a result, fields began to be plowed in fall rather than spring, in turn resulting in a reduction of quality winter foraging for hawks. Dick Schinkel sent in a photo of a beaver dam located on Lemon Creek, west of Garr Road in Oronoko Township.

The beaver is the largest rodent in North America and the second largest in the world, behind the capybara of South America. The beaver played a large role in the development of the region, as it was  beaver fur that attracted the first Europeans to the area. In the 17th and 18th Centuries, beaver pelt hats were popular in Europe and in our eastern cities.

Beavers all but disappeared over much of their range by the end of the 1800s. Over the second half of the 20th Century the animal made a comeback, often becoming a nuisance in human-populated areas.

The local beaver population is expected to increase in the coming decade.