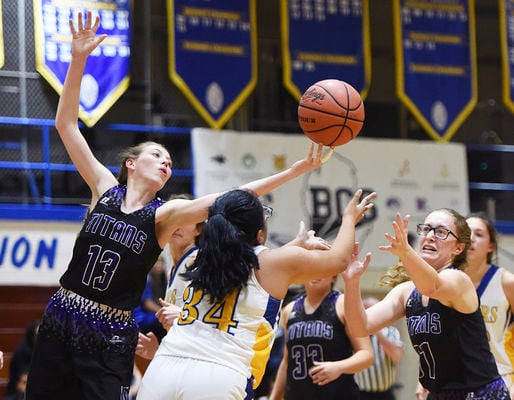 Michigan Lutheran’s Rebekah Hisle, left and Abby Harris reach for a rebound against Lake Michigan Catholic’s Leah Brucal during the first half of Thursday night’s game. 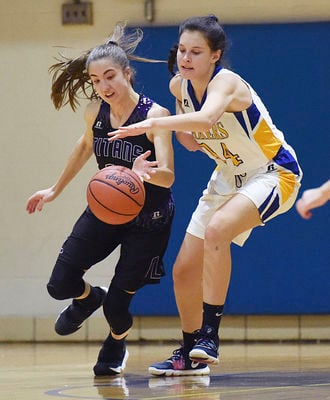 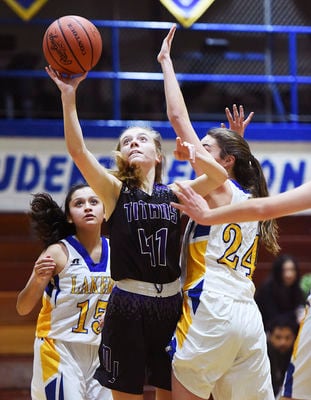 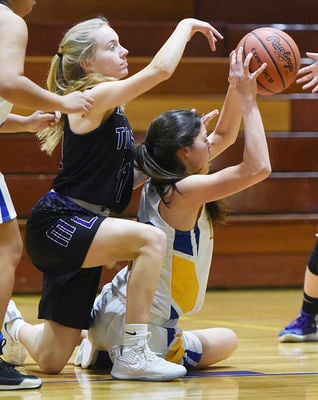 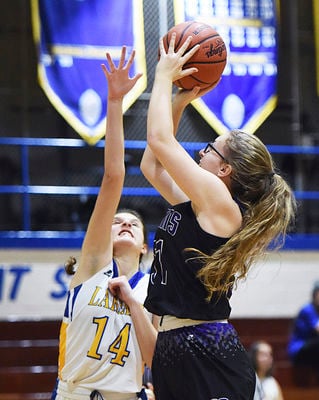 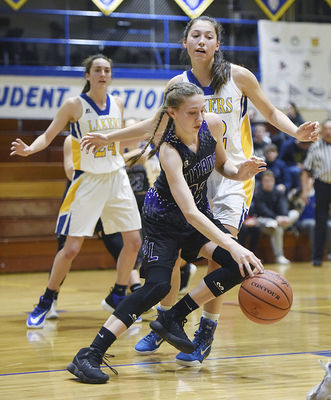 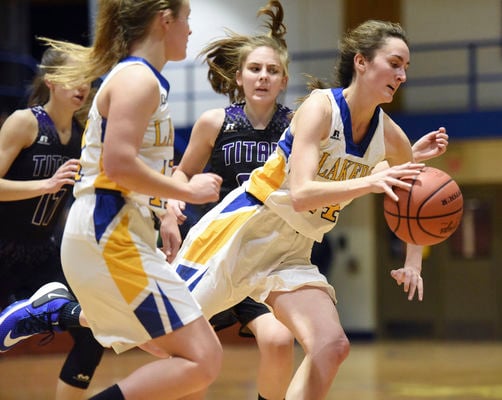 Michigan Lutheran’s Rebekah Hisle, left and Abby Harris reach for a rebound against Lake Michigan Catholic’s Leah Brucal during the first half of Thursday night’s game.

“The defense moved extremely well,” Briney said. “We take the rivalry very seriously because we have nothing but the utmost respect for Lake Michigan Catholic. The kids came out very focused defensively and struggled a little bit on offense, but we made some things happen and did some good things at the end of the first half to kind of break it open a little bit.”

The Lakers struggled against the Titans’ press and weren’t able to get their high-percentage shots to fall. Maggie Tidey’s free throw at the 6:57 mark in the third quarter was Lake Michigan Catholic’s first point on the night and Emily Lage’s basket at 3:07 was the team’s first made field goal.

“We came out very, very slow today,” Catholic coach Mary Vojtko said. “We weren’t ready for the intensity of today’s game, but I just told them at halftime that the score is 0-0 now. We were just trying to get something going on offense. I didn’t get a lot of subs there on the floor tonight and (Maggie Tidey and Elena Proos) kind of got things rolling on offense for us, so between the two of them, they both did a pretty good job for us tonight.”

The Titans led by as many as 30 in the game, which allowed the team to give its second unit extensive minutes on the floor. Lutheran’s Mara Rugen led all scorers with 15 points, while Tidey scored nine to lead Catholic.

“I thought they played very well in the first half,” Briney said. “We got a little sloppy in the second half. You’re trying to build quality depth to go with our starting unit. So we’re going to challenge them in that aspect of things, but you gotta give credit to (Catholic). They stepped up to the challenge and they made some nice steals and got some great breakaways, too.

“That’s what a rivalry does. You don’t rest on your laurels; you go play hard all the time or they’re coming after you. That’s a great thing because it keeps both schools on their toes and having some fun. This is a great crosstown rivalry.”

Thursday’s game gave Vojtko and the Lakers a list of things to shore up going forward.

“We’ve got to be ready for the press in the backcourt,” she said. “Our backcourt offense is just weak. We have a lot of struggles with that but going forward I think the girls need to run some more sprints. Today was a wake-up call. We need to come to compete in every single game that we play and be ready right off the bat.

“We can’t wait until the third quarter to come and compete against our opponents, especially (Michigan Lutheran).”