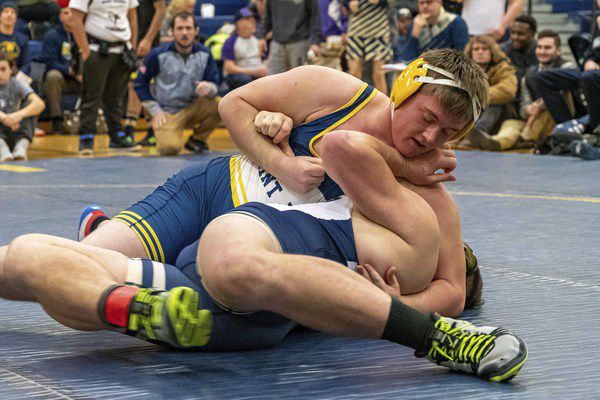 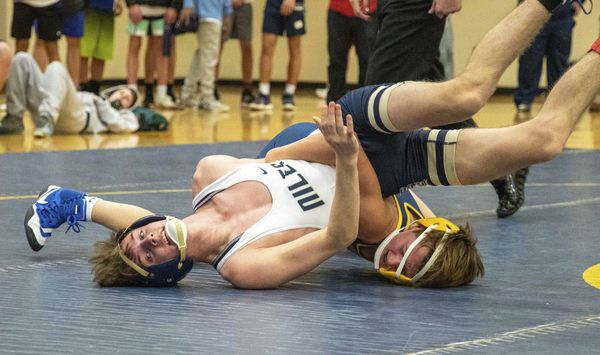 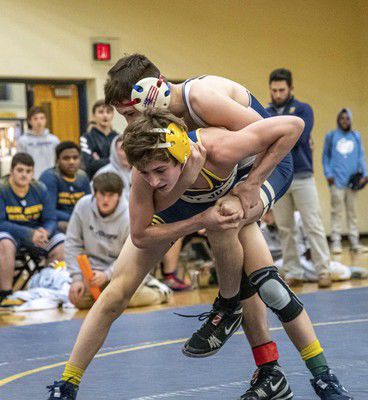 "It's what high school wrestling is all about," said Misel, after his 215-pounder Joey Siccurello stuck Ottawa's Santos DeLaRosa in 1:58, capping the Bears unlikely rally. "It was a great win for our program before a packed house (in the fieldhouse)."

"I knew we needed a pin, and I caught him in a head-and-arm," explained Siccurello. The pin came two seconds before the end of the first period. The three consecutive pins by Matt Morris, Drake Collins and Siccurello improved the Bears to 9-7.

Niles coach Todd Hesson admitted his team's close loss to Lakeview was a tough pill to swallow, but remained positive on his team's effort. "These kids come to wrestle every meet, and that's all any coach can ask."

Niles defeated St. Joseph 50-24 in a SMAC West Division opener for both teams. Lakeview thumped West Ottawa 63-12 in the night's other opener.

A key match in the Vikings' win over St. Joseph came when freshman Mike Robles nipped the Bears' Nolan Wertanen 10-8 at 103 pounds in a battle royale of highly-rated wrestlers. It was the first loss of the season for Wertanen, rated No. 1 at 103 in D2. Robles is rated No. 4.

Winning both of their matches for St. Joseph was highly-touted sophomore Jacob Halsey at 130. He improved to 18-2 on the season and is rated No. 6 at 125 this week. Morris, Collins and Siccurello claimed two pins each.