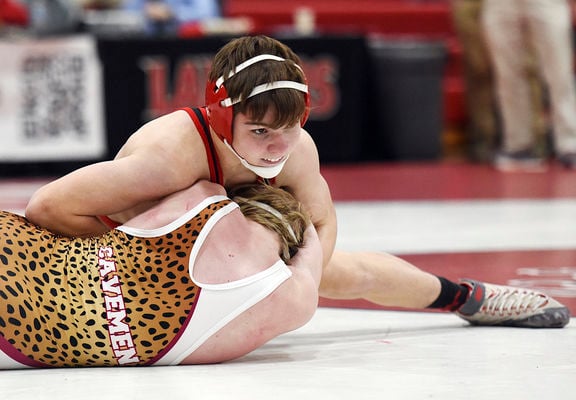 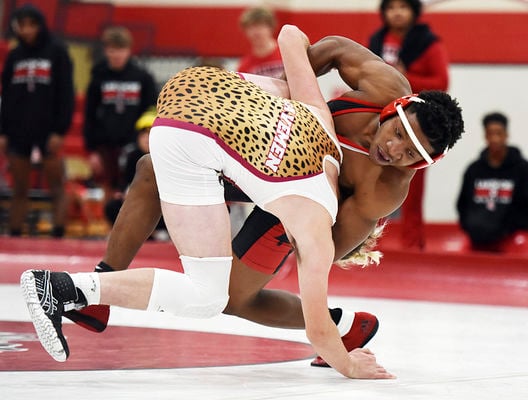 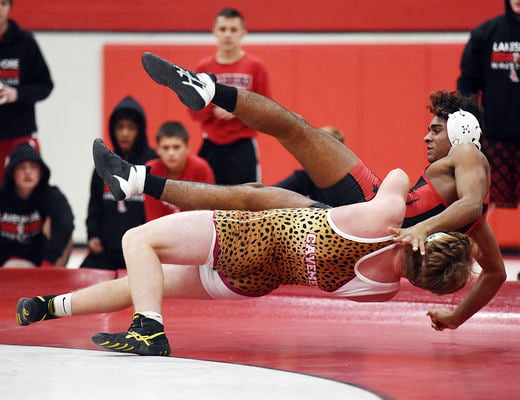 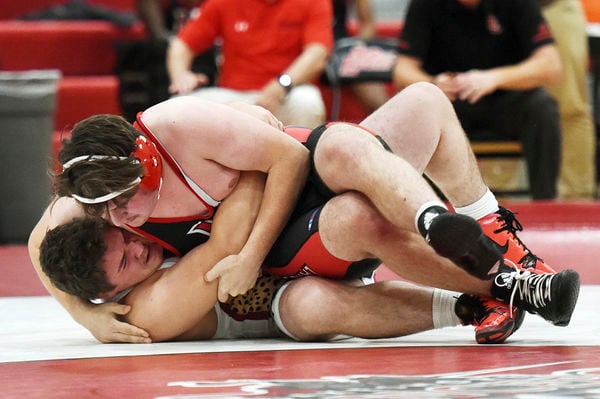 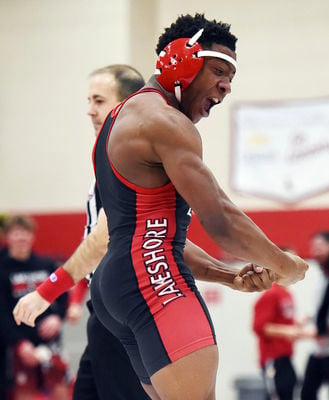 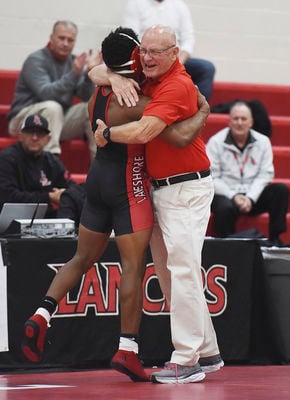 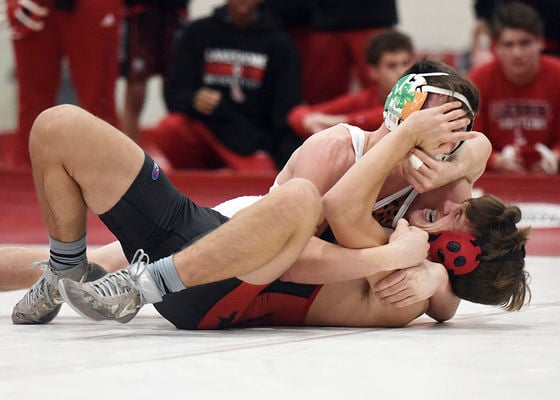 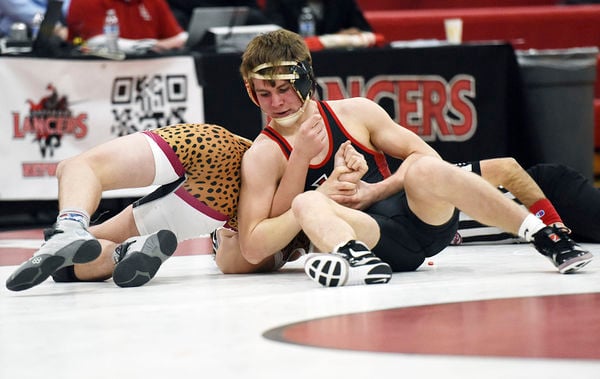 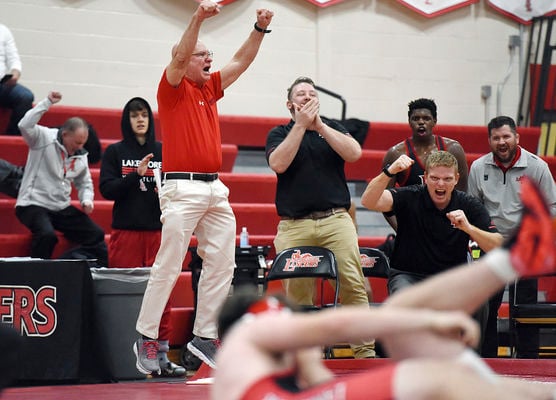 STEVENSVILLE — The Lakeshore wrestling team started the season with a bang when Indiana wrestling power Mishawaka rolled into town.

The Lancers held on to edge the Cavemen 32-31 Wednesday in their season opener in front of a packed gymnasium.

Tiebreaker criteria were used to determine the victor after Mishawaka’s Brendon Mark’s technical fall win over Keanu Dickerson at 130 pounds tied the score at 31-all. The win went to Lakeshore because they held a 2-1 advantage in pins.

“The kids did a great job tonight,” Lakeshore coach Bruce Bittenbender said. “It was a total team effort. It was an exciting match all the way through.”

Lakeshore earned seven wins in the match, including pins from James Harris and Bryce Ingram.

Harris pinned Cameron Powell at 152 pounds and Ingram’s pin over Mishawaka’s Justin Potter was at 189.

Freshman Cubby Wolf stepped into the lineup at 103 pounds and earned a sudden victory over Damon Black to put the Lancers up 24-22 over the Cavemen.

“(Cubby’s win) was key to it all,” Bittenbender said. “Our first-team guy didn’t make weight and we had to put (Cubby) in. He had a great performance. (James) lit the place up. That kid was tough.”

“What we couldn’t do last year was stay off our back,” he said. “If you’re able to do that, you don’t get pinned. We didn’t give up a lot of bonus points tonight and that was key.”