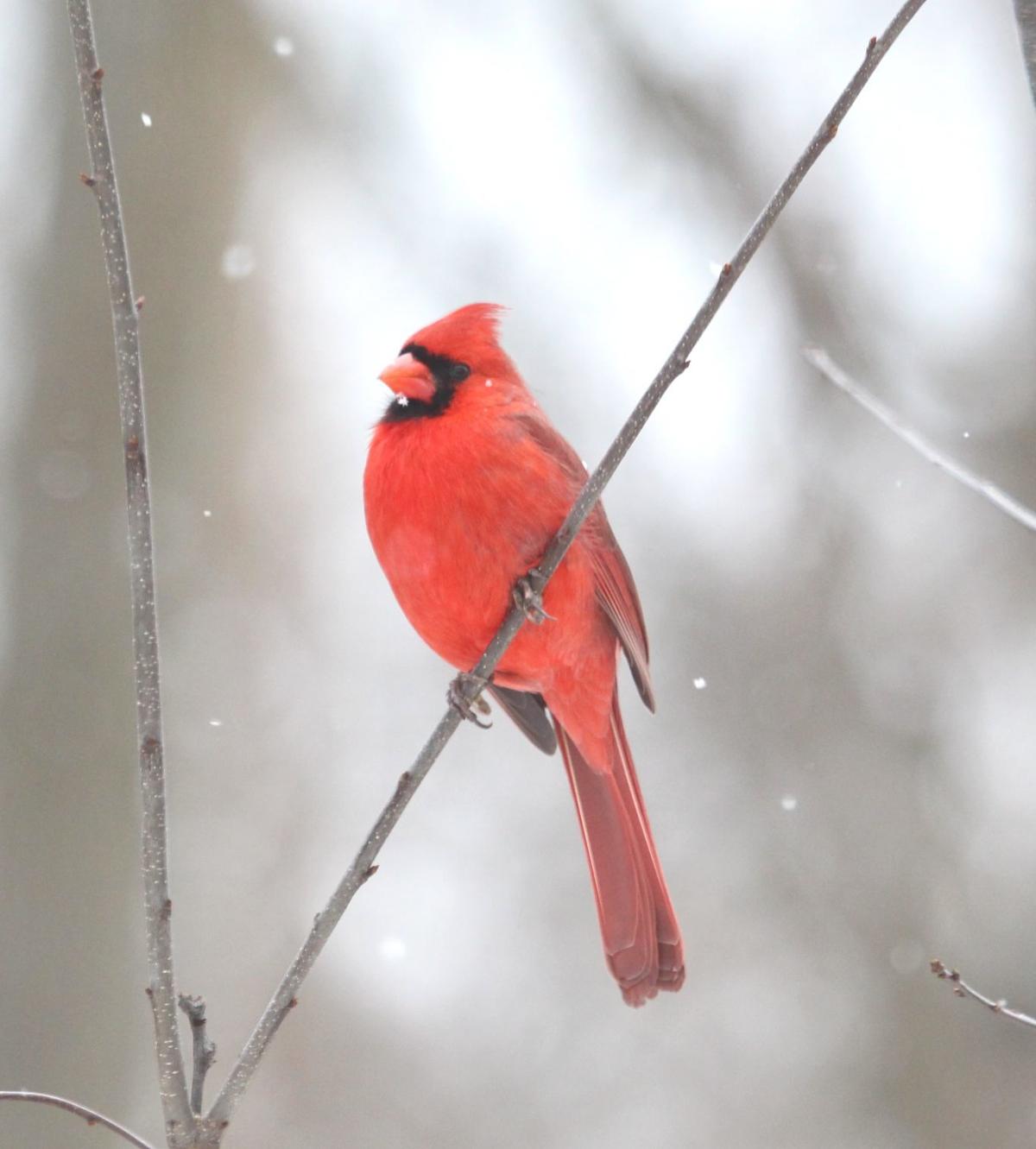 A male northern cardinal perches near the bird feeder of Brad and Hannah Anderson of Bridgman on Jan. 20. 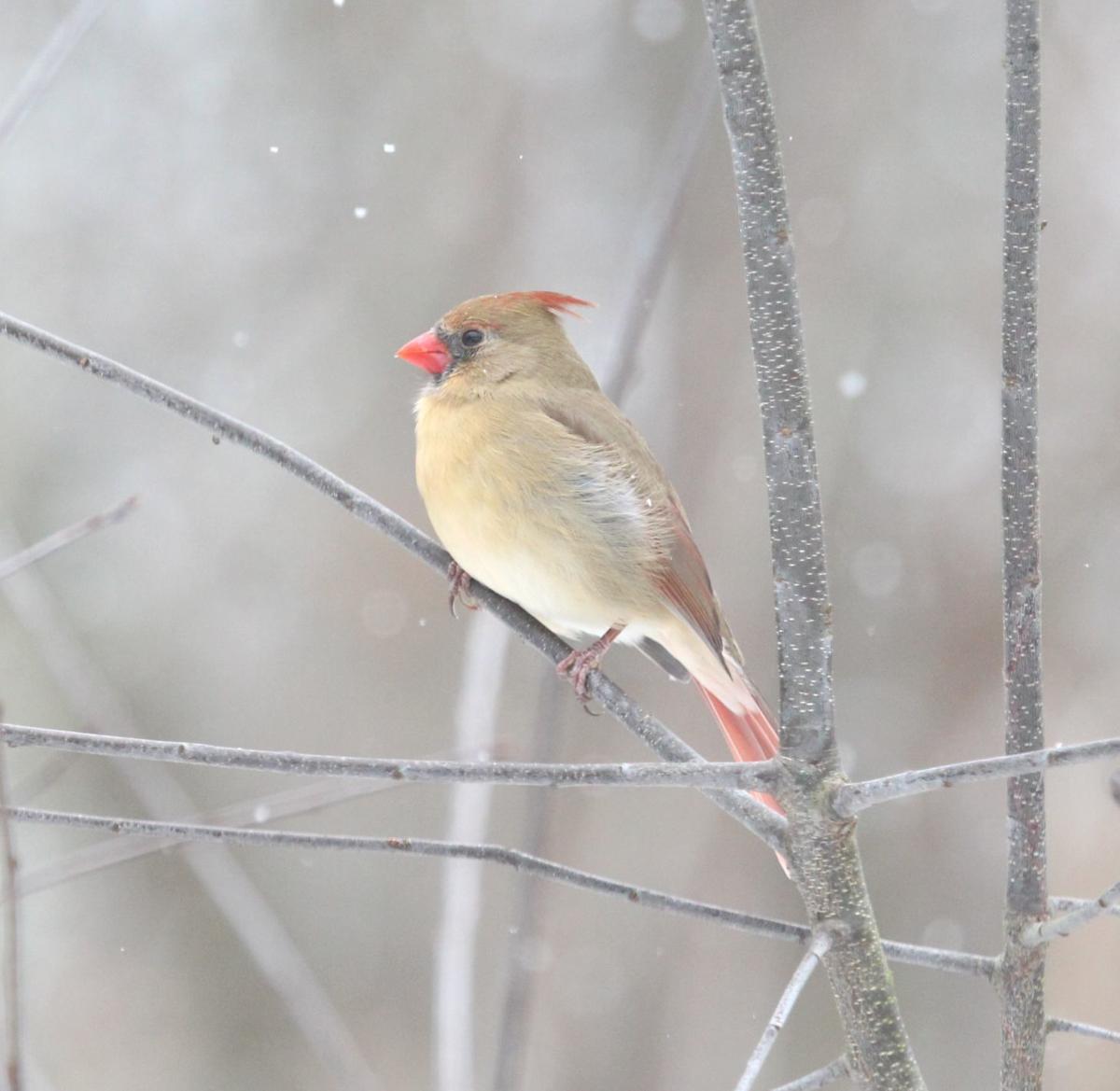 A female northern cardinal near the bird feeder of Brad and Hannah Anderson of Bridgman on Jan. 20. 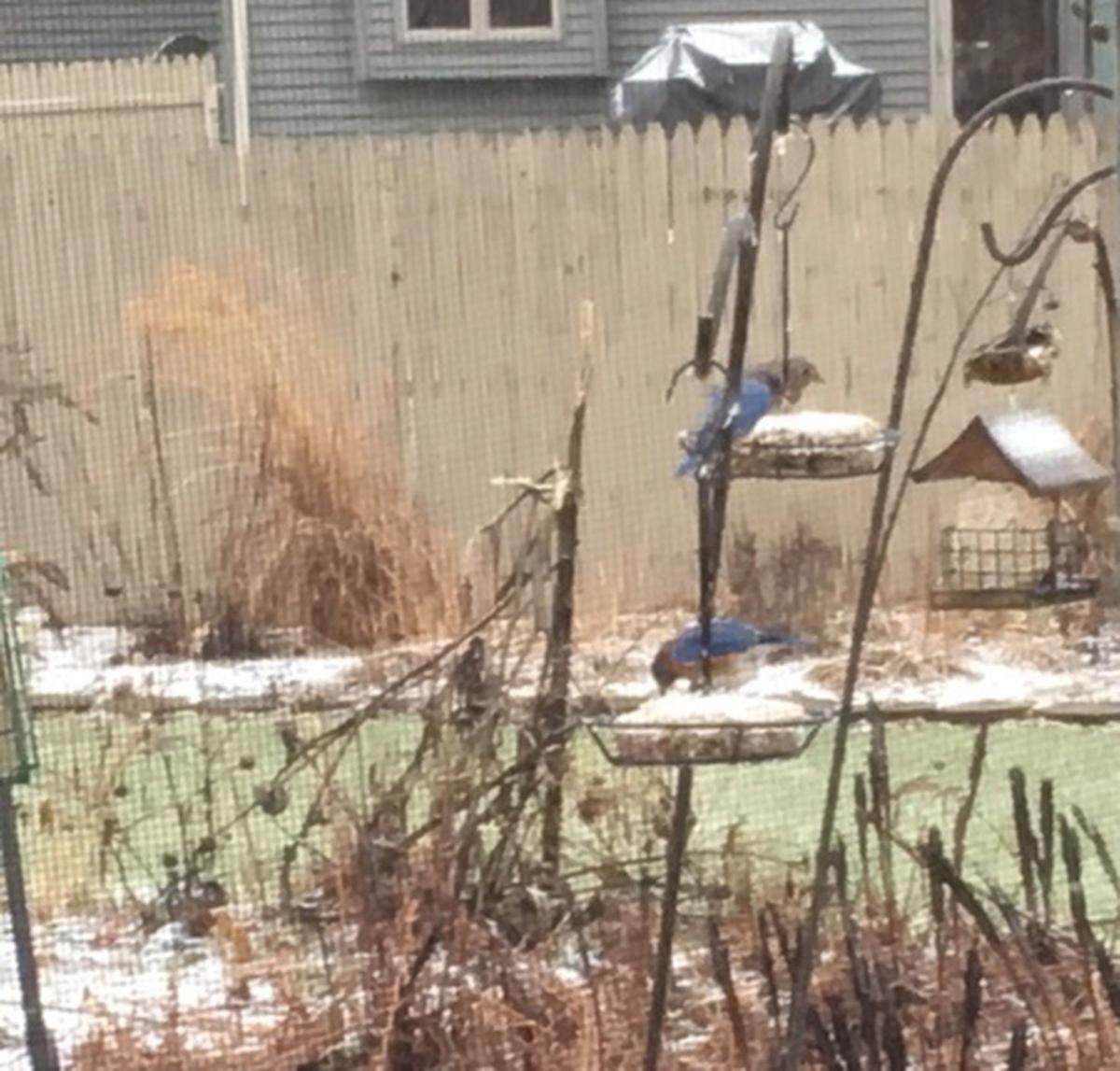 Eastern bluebirds visit a feeder in Lincoln Township this month.

A male northern cardinal perches near the bird feeder of Brad and Hannah Anderson of Bridgman on Jan. 20.

A female northern cardinal near the bird feeder of Brad and Hannah Anderson of Bridgman on Jan. 20.

Eastern bluebirds visit a feeder in Lincoln Township this month.

The northern cardinal, currently a common and beloved bird across the eastern United States and southern Canada, was virtually, if not completely absent from Michigan until the 1890s.

Historic records indicate the northern cardinal was rare north of the Wabash River valley in Indiana until the 1890s and early 1900s, when a northward range expansion occurred. One of the first northern cardinal records from Southwest Michigan occurred in 1898, when a young boy told a local ornithologist he had shot a “red blue jay” near Bangor. Records indicate that the cardinal became a common resident in Southwest Michigan by the 1920s or early 1930s.

One main factor responsible for the cardinals north range expansion is habitat change from large expansive forests that covered most of the region until the middle 1800s, to farmland and suburban landscapes. Cardinals prefer forest edges with undergrowth, shrubs, bushes and other vegetation which offer shelter near food sources. Farm grain such as corn and oats are thought to be factors aiding the cardinals northward expansion.

A snowy owl was reported on January 15, seen on the ground on the north side of Linco Road between North and South Scottdale Roads, just inside the boundary of Royalton Township by Charley McKelvy of Harbert. The owl was not relocated after the initial sighting.

On Sunday, January 19, I paid a visit to Sarett Nature Center east of Benton Harbor. While there I noticed two male red-winged blackbirds at the nature center feeders. Red-winged blackbirds are common in our region from March through November. The winter just to our south and are one of the first spring migrants to reach Southwest Michigan. However, small numbers of red-winged blackbirds occasionally over winter in Berrien County and I believe the individuals seen at the Sarett feeders fall into this category, as they have been seen throughout the winter.

Eastern bluebirds are permanent residents in the region, and their bright blue plumage can be eye catching when contrasted against snow. The species may visit suet feeders or meal worms left for them in backyards. This week I was sent a photo of two male and one female eastern bluebirds at a Lincoln Township feeder.